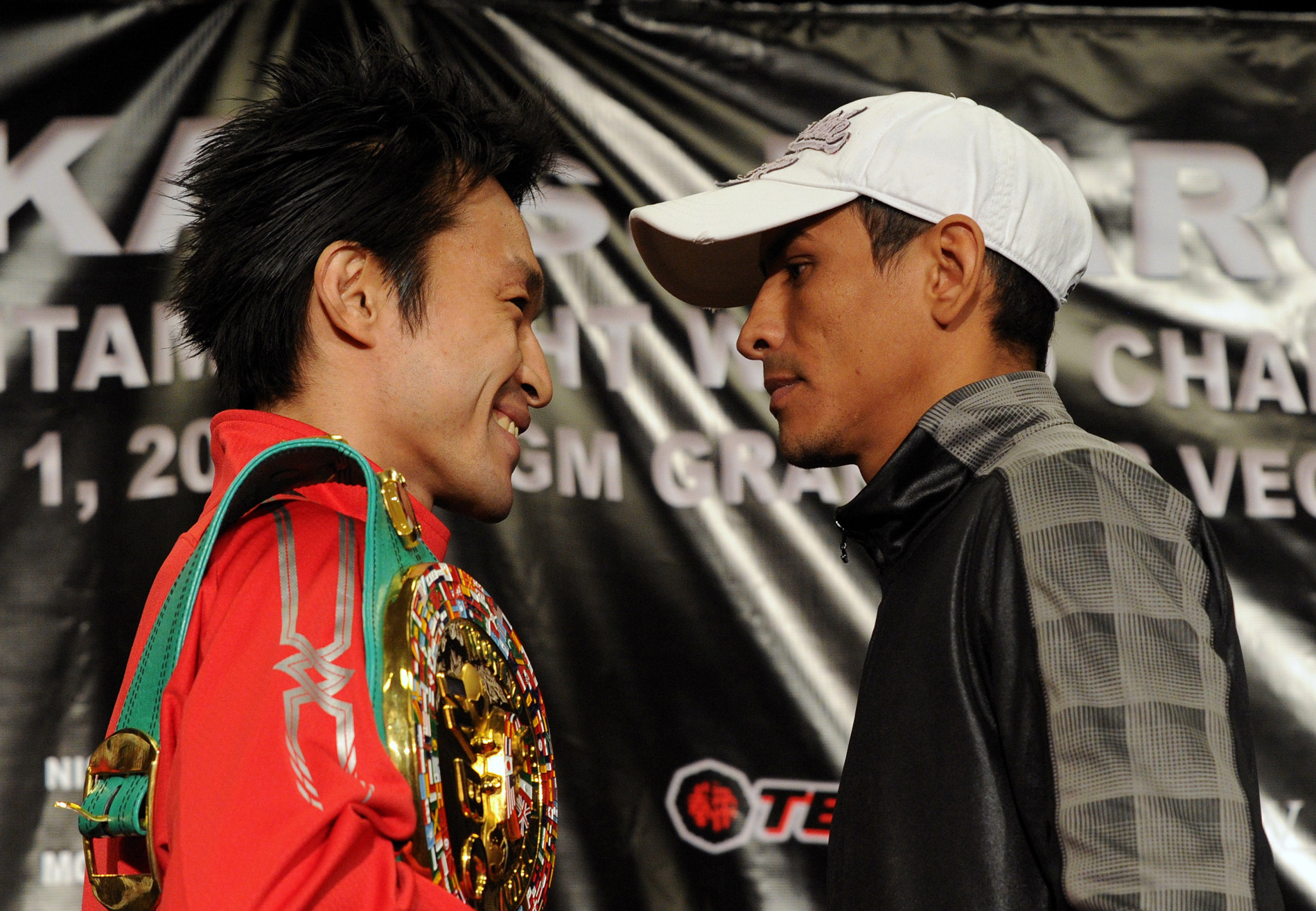 The backdrop: All one has to do is look at the records of Olusegun (29-0, 14 knockouts) and Chebah (35-1, 28 KOs) to know they are more seasoned than the usual ShoBox participants. Both fighters are beyond prospect status. In fact, their scheduled 12 rounder is a WBC 140-pound title elimination bout. Olusegun, a 31-year-old London-based southpaw, is the more mature of the two fringe contenders. However, Chebah is a battle-tested young fighter. The 26-year-old Quebec-based Frenchman has won eight in a row since suffering being stopped by Reyes Sanchez (TKO’d 7) in 2008, including a fifth-round stoppage of Fidel Munoz, who twice went the distance with Humberto Soto. On the undercard, undefeated Colombian lightweight Darley Perez (22-0, 17 KOs) should receive a stern test from hardnosed Mexican scrapper Oscar Meza (22-4, 18 KOs), who is 16-2 in his last 18 bouts with the two losses coming to Mercito Gesta (RTD 4) and Brandon Rios (TKO 5).

Rating the card: B+. Both co-featured bouts are competitive matchups and should provide hardcore fan-style entertainment.

Prediction: Olusegun edges Chebah out in a solid 12-round scrap.

The backdrop: This Solo Boxeo Tecate main event was supposed to take place underneath the Joseph Agbeko-Abner Mares on Aug. 13 in Las Vegas, but Ramos (19-0, 8 KOs) was mugged by three thugs while doing roadwork in his hometown of Santa Ana, Calif., just days before the fight. It was a summer bummer for Ramos but the good news for the 23-year-old southpaw is that he wasn’t seriously hurt and now the fight will be seen on national television instead of hidden away on a non-televised undercard. That’s also good news for fight fans because this is a good prospect-vs.-gate-keeper matchup. Both Ramos and Rodela (15-4-3, 6 KOs) are busy, aggressive boxers. On the undercard, Ronny Rios (15-0, 7 KOs), also of Santa Ana, Calif., takes on seasoned veteran Roger Gonzalez (27-4, 18 KOs), who should give the 21-year-old featherweight prospect a good fight.

Rating the card: B+. Both undefeated prospects in the co-featured bouts are in against young, confident veterans who should make the young guns fight — and think — harder than usual, which will make for two good TV scraps.

The backdrop: After taking on Paul Williams, Kelly Pavlik, Williams again, and Sergei Dzinziruk in his last four bouts, Martinez (47-2-2, 26 KOs), THE RING middleweight champ, was due a “gimme” fight, and most boxing insiders consider Barker (23-0, 14 KOs), of London, England, to be just that. However, the 29-year-old boxer is much better than odds makers and U.S. boxing writers have made him out to be. Barker is a very good boxer. However, “very good” probably won’t cut it against Martinez, who has proven to be an elite fighter. On the undercard, entertaining Irish standout Andy Lee (26-1, 19 KOs) looks to avenge the only loss of his pro career against hardnosed Texas spoiler Brian Vera (19-5, 12 KOs), who stopped him seven rounds in 2008. The 27-year-old southpaw has won 11 bouts since.

Rating the card: B. Martinez is a ridiculous favorite to beat Barker, but it says here that the Brit will not embarrass himself. Lee-Vera II has the makings of a good scrap.

The backdrop: This Top Rank Live! main event gives hardcore fans a chance to watch Nishioka (38-4-3, 24 KOs), arguably the best fighter from Japan, fight live against former 122-pound champ Marquez (40-6, 36 KOs). Good deal! Nishioka is enjoying impressive late-career success. The 35-year-old southpaw has won 15 consecutive bouts since his last loss against Thai legend Veeraphol Sahaprom, who twice out-pointed Nishioka and twice held the speedster to a draw during the early 2000s in hotly contested WBC bantamweight title bouts. That streak includes a third-round TKO of current WBC featherweight titleholder Jhonny Gonzalez and a unanimous decision over capable English contender Rendall Munroe. Marquez is only one year older than Nishioka but the Mexico City native has considerable more wear and tear on his veteran’s body, primarly from his four-bout series with Israel Vazquez and recent featherweight title bout loss to JuanMa Lopez. However, the former bantamweight titleholder is a skilled technician who happens to be one of the hardest sub-126-pound punchers in the sport. On the undercard, talented Nicaraguan boxer-puncher Roman Gonzalez (29-0, 24 KOs) defends his WBA 108-pound belt against Omar Soto (22-7-2, 15 KOs), a capable former two-time title challenger from Mexico.

Rating the card: A-. This is an HBO or Showtime-caliber boxing card. Enjoy it.

Prediction: Nishioka gets off the canvas to score a thrilling middle-rounds KO.

THE RING’s No. 4-rated middleweight Sebastian Sylvester vies for the vacant European middleweight title against talented Polish southpaw Grzegorz Proksa in a scheduled 12-round bout in Neubrandenburg, Germany. Also on that card, Steve Cunningham, THE RING’s No. 1-rated cruiserweight, defends his IBF title against Cuban standout Yoan Pablo Hernandez, and THE RING’s No.8-rated light heavyweight Karo Murat takes on the magazine’s No. 9 contender Gabriel Campillo in a 12-round IBF title elimination rematch.

Former 122-pound and featherweight beltholder Juan Manuel Lopez fights for the first time since losing to Orlando Saldio when he takes on Mike Oliver in a 12-round featherweight bout in Bayamon, Puerto Rico.