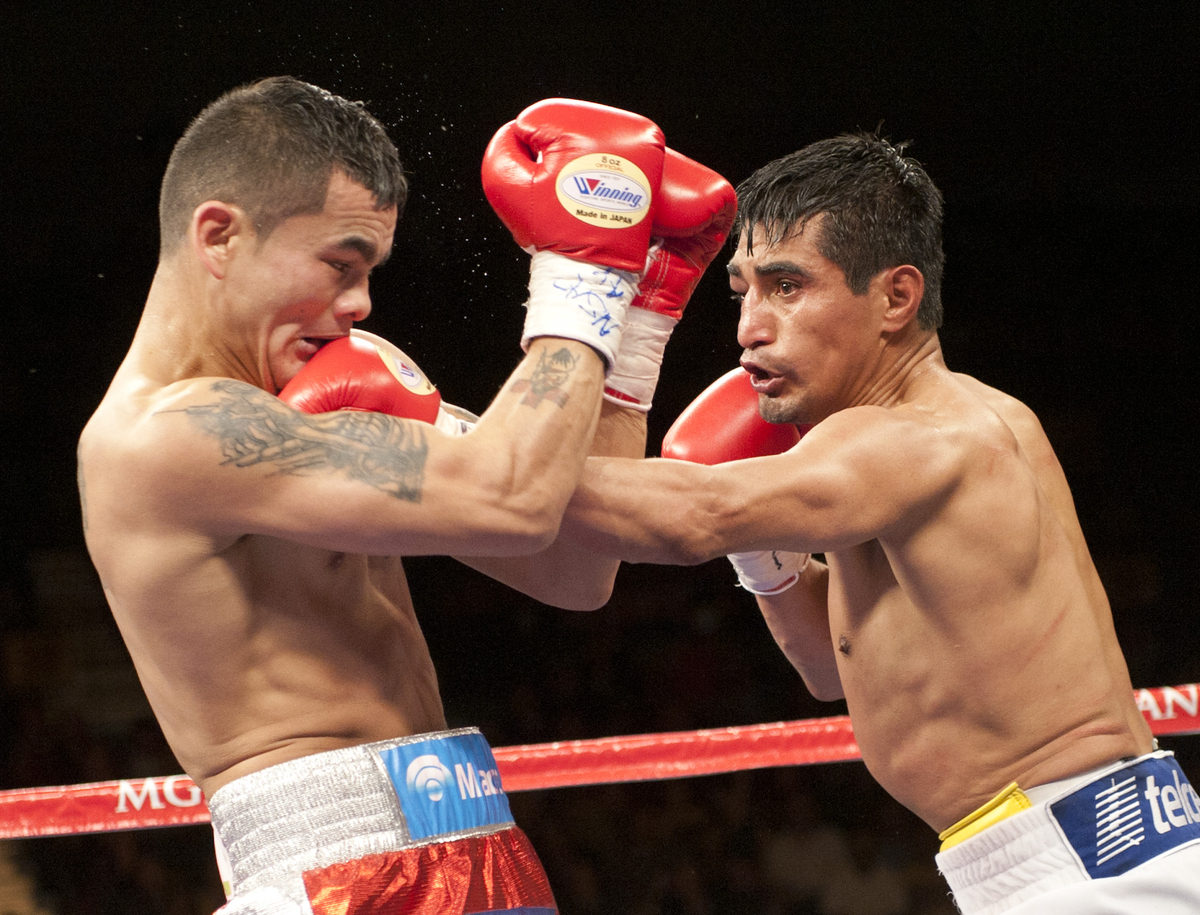 The previous week was highlighted by numerous upsets and impressive performances that had a significant impact on THE RING’s divisional ratings, but the weekend belong to one very special fighter who came close to upsetting a fighter who was expected to dominate him.

That fighter, of course, is Erik Morales, who dropped a hotly contested majority decision to Marcos Maidana, a near 7-to-1 favorite, on Saturday in Las Vegas.

Morales, who had never defeated world-class fighter above 130 pounds and was considered shot by most boxing pundits, gave THE RING’s No. 3-rated junior welterweight hell during the middle-to-late rounds of what many are calling a fight of the year candidate. And the former three-division titleholder did it with one good eye.

Morales’ effort was more than surprising and inspirational. It was good enough to earn the 34-year-old veteran a ranking in THE RING’s deep and talented 140-pound ratings.

“Even though he lost a majority decision to Marcos Maidana, Erik Morales enters at No. 9 due to the thrilling and shockingly effective nature of his performance against the No. 3 contender,” said THE RING‘s Editor-In-Chief Nigel Collins.

Morales’ debut in 140-pound rankings marks the first time he has been in the magazine’s ratings in more than 3½ years. The Mexican legend was dropped from THE RING’s 130-pound rankings (where he was rated No. 5) in August of 2007, after he dropped a close unanimous decision to then-lightweight beltholder David Diaz and announced his retirement.

Obviously, Morales, who sat out 2008 and 2009 before embarking on a comeback last year, isn’t done with the sport.

Who knows who he’ll fight next or how long he plans to stick around? For now, all fans and members of the media — including those who wrote him off — can say about the future hall of famer is “welcome back.”

Heavyweight: Tomasz Adamek advances from No. 4 to No. 3 following his decision over Kevin McBride. Although McBride was a big underdog, Adamek’s busy schedule allows him to edge past Alexander Povetkin (No. 3 last week), who has been treading water against weak opposition since his win over Eddie Chambers in January 2008.

Junior welterweights: Morales enters at No. 9 on the strength of his impressive performance against Maidana, the No. 3 contender. Victor Ortiz (No. 9 last week) departs because he is challenging WBC welterweight titleholder Andre Berto in his next bout, on Saturday, which made room for Morales’ debut at 140.

Lightweights: Robert Guerrero (No. 9 last week) zooms to No. 3 on the strength of his dominating decision over Michael Katsidis, who tumbles from No. 3 to No. 5.

Featherweights: Jhonny Gonzalez enters at No. 10, thanks to his knockout of Hozumi Hasegawa (No. 10 last week), who departs.

Junior bantamweight: Yota Sato (No. 9 last week) jumps to No. 5 on the basis of his decision over Kohei Kono (No. 4 last week) slips to No. 9. Omar Narvaez advances from No. 5 to No. 4 in the realignment.