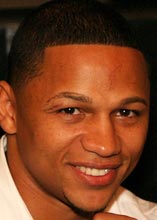 The summer months have been typically slow for boxing but the sport gains some much-needed momentum at the beginning of the fall season with a number of RING-rated fighters inaction, including two of the magazine’s champions.

Junior flyweight champ Ivan Calderon and heavyweight champ Wladimir Klitschko are set to defend their RING titles in the next three weeks.

Calderon (34-0-1, 6 knockouts) puts his 108-pound title on the line against Giovani Segura in Guaynabo, Puerto Rico on Saturday.

Klitschko (53-3, 48 KOs) is scheduled to defend his heavyweight title against familiar foe Samuel Peter in Frankfurt, Germany on September 11. Klitschko, who has made one defense of the vacant RING title he won by beating Ruslan Chagaev last June, got up from three knockdowns to outpoint Peter (34-3, 27 KOs) in September of 2005.

Four of the many RING-rated contenders in action in the next three weeks will face each other.

The magazine’s No. 1-rated junior lightweight Mzonke Fana takes on fellow South African veteran Cassius Baloyi, the No. 4-rated contender, for a vacant 130-pound belt in Johannesburg on September 1. Fana (29-4, 12 KOs) dropped a majority decision to Baloyi (37-4-1, 19 KOs) in April of 2008.

THE RING’s No. 3-rated featherweight Orlando Salido will face the No. 6-rated contender Yuriorkis Gamboa in Las Vegas on September 11. Mexico’s hardnosed Salido (34-10-2, 22 KOs) won one of the four “major” belts from Cristobal Cruz in May and Cuba’s ultra-talented Gamboa (18-0, 15 KOs) also holds an alphabet strap so their fight is a partial title unification bout.

This Saturday’s junior flyweight showdown between Calderon and Segura is also a unification bout. Calderon, who has made six defenses of THE RING title, also holds one of the alphabet belts, as does Segura (24-1-1, 20 KOs), the magazine’s No. 1-rated junior flyweight who is delighted to be fighting for universal championship recognition.

“This fight is very special to Giovani,” Segura’s manager Richard Mota told RingTV.com. “He knows that if he beats Calderon he will no longer be a titleholder, he’ll be a real champion, and that’s something he’s dreamt about for many years.”

The Calderon-Segura fight, which will be available in the U.S. on a small pay-per-view card, is an intriguing bout between a pure boxer and pure puncher. The historic Puerto Rico vs. Mexico rivalry should add intensity to the 108-pound showdown and making it the perfect fight to kick start the fall’s boxing lineup.

The previous week did not produce much movement in THE RING’s ratings. The only change of ranking occurred in the cruiserweight division, where Germany based beltholder Marco Huck (No. 3 last week) traded places with Krzystof Wloadarczyk (No. 2 last week) on the basis of his impressive fifth-round knockout of Matt Godfrey (No. 10 last week) and greater activity this year.

Godfrey exited the ratings and was replaced at No. 10 by Pawel Kolodziej.