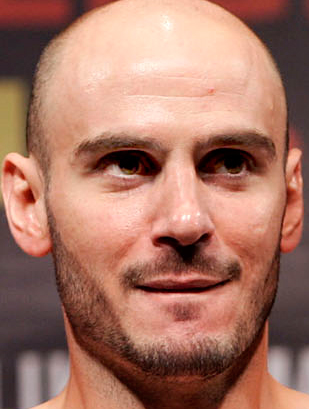 People can turn on you in an instant in boxing. Kelly Pavlik knows.

Pavlik was the talk of the sport and on many pound-for-pound lists after consecutive victories over Jermain Taylor in 2007 and ’08. He was dismissed eight months later as overrated after he was outpointed by Bernard Hopkins and then criticized for canceling fights against Paul Williams because of a staph infection in his hand.

On Saturday, Pavlik can take a giant step toward reclaiming his former position. THE RING middleweight champion defends his title against highly-regarded Sergio Martinez in Atlantic City, N.J. on HBO, his first big fight since he moved up to light heavyweight and was embarrassed by Hopkins in November of 2008.

“I’m feeling really good,” Pavlik said last week. “I think right now I’m the strongest I’ve been in a while. I’m anxious to get there and do my thing.”

Pavlik hasn’t done his thing since the second Taylor fight, at least not against an elite opponent.

Hopkins was supposed to represent a good-money fight that would add to the momentum he had built against Taylor even if he had to move up two weight classes. After all, Pavlik, 34-0 (30 knockouts) at the time, had become one of the best young fighters in the world and Hopkins was 43.

Suddenly, Pavlik went from monster to mediocre, a one-dimensional boxer who relied solely on his power to win fights. Pavlik, baffled by the criticism, was compelled to defend his all-around ability.

“I can obviously fight with both hands,” he said. “I do have good boxing ability and a great jab. When I was 18 years old, I won a national title. You don’t’ go through amateurs by being a power puncher. You don’t get knockouts with headgear on. I showed that I had hand speed and was able to box. In that division, I had to box. I proved it with Taylor in the rematch when I beat him on points. I showed that I can jab with the best jabbers in the game and my hand speed is right there with them also. People underestimate my hand speed. ÔÇª I wasn’t 100 percent (against Hopkins). There were things I wanted to do in that fight and I just couldn’t do them. From the mind to the hands, I just couldn’t let go. I was a little lethargic but I think that I proved that on a bad night, being two weight classes above mine, I could take the punches from Hopkins. And yeah, he’s not a knockout puncher, but the guy can still punch. He’s dropped a lot of fighters. I just took it and I moved forward.

“It’s in the past. It happened two years ago and I can’t let it bother me. A lot of great champions lost, some have five losses and some have four losses. It’s just how you bounce back.”

That was part of the problem: He couldn’t bounce back because of the staph infection, which was so serious it threatened not only his career but his life after an allergic reaction to medication.

The problem first surfaced in February of last year, shortly after he stopped Marco Antonio Rubio in his first fight after Hopkins. Pavlik received treatment but the stubborn infection lingered, ultimately scuttling a scheduled fight against Sergio Mora and two against Williams.

Pavlik asked Williams for a second postponement after the second incident but Williams, fed up, refused and fought Martinez instead.

A matchup with Williams, one of the most-feared fighters in the world, would’ve earned Pavlik a healthy payday and provided an opportunity to redeem himself after the loss to Hopkins. Still, some people suggested he just didn’t want the fight or perhaps any legitimate challenge based on three of his past four opponents — Gary Lockett, Rubio and Miguel Espino.

“It was a little upsetting to hear what people were saying but I couldn’t pay too much attention to that,” he said. “I wanted to fight Williams and they said I was lying. The doctors had to prove that I wasn’t lying and we couldn’t make the fight happen. So the next best fight out there was Martinez. Other than Paul Williams, his is the biggest name in the division and the biggest fight for me to take. Even though Martinez lost to Williams on the judges’ scorecards, he may be the better fighter. He may not have the name that Paul Williams has but I’m definitely taking a chance and I’m proving to the people that I have always taken dangerous fights and have never strayed away from big fights.

“I went up two weight classes to fight Hopkins, after Paul Williams pulled out, so that goes to show I’m not hiding from anybody — Miranda, Taylor twice. The flack is going to be there, there is nothing I can do.”

Well, he can beat Martinez.

Pavlik said he feels like the Pavlik of old. The hand is fine. He’s in prime condition, which was always one his strengths. And he seems to be itching like never before to get back into the ring and show the fans what he can do.

If he can beat Martinez, who many believe should’ve been awarded the decision against Williams in December, Bob Arum, his promoter, believes the fans will come around.

“The public is very fickle,” Arum said. “They caught onto Kelly leading up to and including the Taylor fight(s). Then there has been a fall off — his performance against Hopkins and the injury and so-forth. But I am convinced, beyond any measure, that we are going to see the old Kelly Pavlik against Martinez and as soon as we see that and as soon as the public sees that, and thanks to HBO it will be a huge audience, he will be right back on top and people will be clamoring for his next fight whether it be against Paul Williams or Lucian Bute or somebody else. People love to see knockouts.”

That works for Pavlik.

“The main thing,” he said, “is that I need to go in there and focus on business and being on my game plan we have worked on and I think everything will fall into place.”