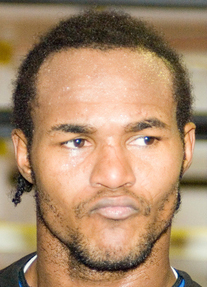 Joan Guzman, the two-time titleholder from the Dominican Republic, has signed with Golden Boy Promotions.

Guzman, 33, is undefeated (29-0, 17 knockouts) but has been relatively inactive the past few years because of weight and fight delays. He has only two fights in more than 2¾ years.

The 1996 Olympian was criticized for failing to make weight (by 3¾ pounds) in a scheduled lightweight title bout against Nate Campbell last September and then not going through with the fight, thus costing Campbell his payday.

Guzman reportedly was suffering from dehydration and coughed up blood. He later apologized to Campbell.

“This is a special day for me in my career,” said Guzman, who had been promoted by Sycuan Ringside Promotions. “I've always admired Oscar De La Hoya in the ring as a boxer and outside of it for what he's done with his promotional company. This is the team that will take me to the top of the lightweight division again and I couldn't be happier.”

De La Hoya seemed thrilled to land an undefeated fighter who remains a top contender. He is ranked in the Top 10 of all four major sanctioning bodies.

“Everyone in boxing knows how good Joan Guzman is,” said De La Hoya, president of Golden Boy. “He can box with the best of them and he can also knock you out with either hand. Now it's time for Joan to take things even further with super fights against the best fighters around the lightweight division have to offer and we're going to take him there. Boxing fans are going to be in for a treat when they see what Joan brings to the ring in the future.”

Guzman reportedly finished with an amateur record of 310-10. He lost to Omar Narvaez in the first round of the Athens Olympics.

He won his first title, at junior featherweight, by stopping Fabio Daniel Oliva in three rounds in 2002. He won his second belt, at junior lightweight, by a split decision over Jorge Rodrigo Barrios in 2006.

Golden Boy said a date and opponent for Guzman's first bout with the company will be announced soon.