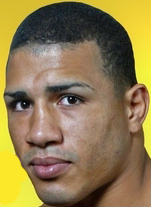 Former Nevada boxing judge, Chuck Giampa, now a consultant who advises fighters, will provide occasional analysis of officials and scorecards when he's not directly involved in an event. Here is his take on the Miguel Cotto-Joshua Clottey fight.

Prior to the opening bell, HBO broadcasters Jim Lampley, Emanuel Steward and Max Kellerman discussed the possibility of a pro-Cotto audience at Madison Square Garden in New York influencing the judges in their scoring. How prophetic those comments were! Obviously, the officials should never be influenced by the crowd or any other distractions during a fight. But in my experience as a boxing judge for 24 years, I have witnessed a partisan crowd cheering in favor of one fighter sway judges many times.

Clottey was knocked down late in the first round by a solid jab thrown by Cotto. The rounds were close and went back and forth in favor of one fighter and then the other. The official judges, John McKale of New York, Tom Miller of Ohio and Don Trella of Connecticut, had their work cut out.

Kellerman stated that he thought Clottey won the fight. Harold Lederman scored the fight six rounds each with Cotto winning 114-113 due to the first-round knockdown. I had the same score as Lederman.

However, after 12 rounds, the official scorecards were:

Cotto was declared the winner by split decision and retained his WBO welterweight title.

In my opinion, Don Trella's score was too wide for this fight. I cannot justify that Clottey won only four rounds out of 12. This is not to take away anything from Cotto's victory. A split decision tells me that the fight was very close, regardless of the winner.

In the mid-1980s, the Nevada State Athletic Commission scrutinized the scoring of the judges even if a fight ended in a knockout. Sometimes we had to meet with our executive director and watch a recording of the fight. We had to articulate which fighter was winning at any point in a round, why he was winning and by how much, round by round.

The only way a world class official can gain experience is to work title fights. A fighter gains experience by fighting opponents more challenging than his previous opponent. Judges and referees should be brought along by officiating in fights that raise their focus and concentration to higher levels each time, avoiding all distractions.

My analysis:
ÔÇó It's an honor to officiate a fight in Madison Square Garden, the boxing mecca of the world.
ÔÇó That honor brings added pressure if you're inexperienced in dealing with a partisan crowd.
ÔÇó The audience provided much electricity for this fight and showed their partiality to Cotto.
ÔÇó A judge is not necessarily wrong if he/she is on the opposite side of a split decision.
ÔÇó A judge and referee should be accountable for their actions and scores for every fight.
ÔÇó Arthur Mercante Jr. did a great job refereeing this fight.
I don't know why Trella's score was so wide but I would recommend that these judges review a recording of this fight with the sound turned off and re-evaluate their scores. I'm not saying that Cotto didn't win. I am saying that neither fighter won by a margin of 116-111 in a very close fight.

The careers and safety of the fighters, who work their hearts out for several months prior to their fights, are in the hands of the judges and referees. They deserve that officials to be at their highest level of competency for each fight.

Cotto and Clottey were asked after the fight: What did they do well and what could they have done to improve their performance? Shouldn't officials also be that accountable?

Chuck Giampa can be contacted at [email protected]