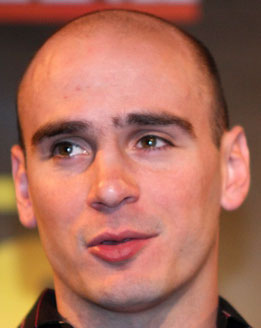 The June 27 fight between RING middleweight champion Kelly Pavlik and Sergio Mora in Atlantic City, N.J., has been postponed because of an infection on Pavlik’s hand, according to ESPN.com.

Top Rank, Pavlik’s promotional firm, will try to reschedule the fight for the fall, the Web site reported.

The pay-per-view card will go on with Juan Manuel Lopez, THE RING’s No. 3-rated junior featherweight, as the headliner. His opponent hasn’t been selected.

Also on the card, Fernando Montiel faces Eric Morel in a bantamweight title fight, and prospect Mike Alvarado is scheduled to fight Paulie Malignaggi in a junior welterweight bout.