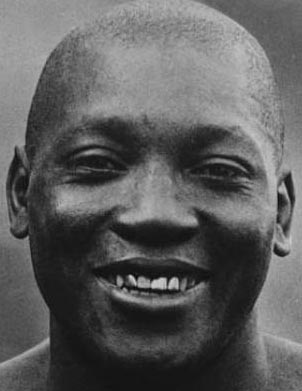 Manny Pacquiao (right) takes it to Jorge Linares at the Wild Card gym a few weeks ago. Pacquiao has progressed from sparring with the 130-pound titleholder to rugged lightweight Urbano Antillon and will begin working with junior welterweights next week in preparation for Ricky Hatton. Photo / Miguel Salazar-Wild Card Boxing Club

Manny Pacquiao, Ricky Hatton, Freddie Roach and Floyd Mayweather Sr. sat down for one-on-one interviews inside the historic Roosevelt Hotel in Hollywood, Calif., on Monday afternoon, hours before the two boxing stars made their movie premiere-style red carpet walk along Hollywood Boulevard to kick-off the hyping of their May 2 showdown.

During the hour-long interview sessions, filmed for the cable “pre-shows” of the junior welterweight championship fight that will take place at the MGM Grand in Las Vegas, three of the four key participants talked about the opposition’s weaknesses.

You don’t have to be Sherlock Holmes to figure out that it was Pacquiao who shied away from discussing the specifics of how and why he thinks he will win on May 2.

Although it often frustrates the media and his interviewers for Countdown and 24/7 shows, Pacquiao’s humility is a major part of his appeal to his legion of fans.

He doesn’t need to say much for this promotion. The other three participants are articulate in explaining their keys to victory.

Hatton, who looked to be in excellent shape at a rock-solid 150 pounds on Monday, believes his size is going to be a problem for Pacquiao.

“No disrespect to David Diaz or to Oscar De La Hoya, but neither were able to give (Pacquiao) a proper challenge at the weights they fought at,” Hatton said during his sit-down interview with Leigh Simons, the producer of the pre-show video for the fight. “Diaz was far from the best lightweight in the world and Oscar was drained from making welterweight the wrong way.

“If you really look at it, Pacquiao has only competed at the smaller weight classes, featherweight and super featherweight. Fighting me is going to be a big jump up for him.”

Hatton said his key to victory is very simple: his aggression.

“I have to be aggressive because Pacquiao is aggressive,” Hatton explained. “Everyone pulls away from him and that’s when he catches them. I hope to move in on him. The last fighter to bring it to him beat him and that was Erik Morales.”

Hatton admits that he must apply intelligent pressure if he wants to make good on his promise.

“Floyd is teaching me to use my jab and to move my head as I come forward, which will help me get inside without getting caught, but once I’m there it will be the old Ricky that breaks (Pacquiao) down.”

Mayweather said Hatton’s body punching will be “Pacquiao’s kryptonite” during the fight.

Roach said Hatton can try to bang Pacquiao’s body all he wants, the Englishman will never get past the Filipino icon’s jab, nor will he be able to deal with the pound-for-pound king’s speed, lateral movement or southpaw stance.

“It’s an easy fight for Manny if he does what he’s supposed to do,” Roach said. “It’s going to be short and sweet.”

There were no bold predictions from Pacquiao. He said what he says about all of his opponents, that he’ll train hard and hope to put on a good show.

So far, four weeks into his camp, Pacquiao is keeping his promise.

“Linares doesn’t fight like Hatton, he’s a boxer, but we used him at the start of camp just to get Manny sharp, ” Roach said after Monday’s media event.

It doesn’t take long for Pacquiao to get sharp, according to Roach.

How does Roach know?

“I know he’s sharp right now because he’s talking a lot during some hard sparring and he’s joking around in there, even with a tough guy like Antillon,” Roach said. “Urbano is perfect. He has the right style to get Manny ready for Hatton.”

Pacquiao and Antillon sparred for the first time in over a year last Tuesday and the two waged gym war for six fast-paced, physical rounds.

In the first three rounds of the closed session, Antillon cut the ring off on a moving Pacquiao, stepping forward behind a high guard, leading with hard jabs followed by left hooks to the body and head, and occasionally landing sneaky lead rights.

However, whenever Antillon’s compact right cross landed, Pacquiao stopped moving and retaliated with a double jab and a right-hook-to-the-body-and-head combination that halted the pressure fighter’s march long enough for the dynamic southpaw to go to the ribcage with both hands before punctuating his furious flurry with head-snapping right and left uppercuts.

Antillon tried to counter Pacquiao’s uppercuts with left hooks but the Filipino’s speed and footwork allowed him to get in and out without getting caught. However, after peppering the ever-advancing Antillon with jabs for much of third round, a sticking-and-moving Pacquiao lost this footing and stumbled to the canvas. Antillon took advantage of the moment. As Pacquiao quickly got up, Antillon closed the gap and landed two consecutive lead rights as the star backed to the ropes. Antillon followed up with a right-to-the-head-hook-to-the-body combination as Pacquiao encouraged him to bring the heat.

“Come on! Go! Go!” he yelled as he covered up before unleashing a four-punch combination that included a body shot that strayed below Antillon’s belt. The two exchanged punches with Paquicao’s back to the ropes for the final 30 seconds of the round.

“Manny’s biggest mistake is going to the ropes,” Roach said Monday. “He can’t do that in the fight. I don’t want him to willingly go to the ropes against Hatton.”

Roach told his fighter this between the third and fourth rounds of last Tuesday’s sparring session, and Pacquiao and Antillon met in the center of the ring at the start of the fourth. The two fighters grappled on even terms before Pacquiao decided to get a little distance in order to tee off on Antillon’s body while shoving his right shoulder forward. As soon as he moved Antillon back on his heels, Pacquiao got off with a right to the body and a right uppercut that snapped his sparring partner’s head back.

Antillon stubbornly bulled forward out of spite, eating two more uppercuts as he did so, until he pressed Pacquiao to the ropes, where he finally landed an uppercut of his own followed by a hook-cross combination at the end of the round.

Pacquiao began the fifth round on his toes, circling to his left and punching on the fly. He even stopped to do the “Pac-Man shuffle” as he yelled “Go! Go!” with each jab he landed.

But Antillon kept his focus and patiently walked Pacquiao back to the ropes, where he landed two shots of his three-punch combination. Pacquiao blasted back with both hands, landing what looked like a blazing series of maybe 20 or 30 shots that forced Antillon to back up for the first time and even forced the proud Mexican fighter to the ropes on the opposite side of the ring.

“Come on! Come on!” Pacquiao yelled.

Antillon didn’t even try to punch back. He covered up and leaned back on the ropes, momentarily overwhelmed.

Pride finally forced Antillon off the ropes and back into his stalking mode in the final 30 seconds of the round, but he didn’t throw a single punch.

The session could have — and probably should have — ended after the fifth. Roach was satisfied, but Antillon’s trainer, Rudy Hernandez, is as fiercely proud has his fighter. Antillon stayed in the ring and Hernandez stayed out of it, sending the message to Roach and company that they were willing to go one more round.

So that’s what they did.

Antillon pursued Pacquiao hard in the sixth, looking for a little “get back”. Pacquiao nailed Antillon hard with both hands while moving to either side, drawing drool from the stubborn fighter’s mouth. Antillon, who missed sparring with Pacquiao a week earlier because he was ill, ignored his pain and fatigue and practically tackled the multi-division champ to the ropes.

Antillon landed a hook-cross combination. Pacquiao locked arms with Antillon and tried to toss him to the side. Antillon would not let him do it.

“You’re not that big yet, Manny,” he mumbled through his mouthpiece.

Pacquiao jolted Antillon with a right uppercut-hook-cross combination, setting off wild exchanges that lasted to the bell.

It was rough stuff, but Hatton’s a rough fighter who could make for a rough night.

Roach welcomes Antillon’s tough-guy attitude. Pacquiao sparred another six rounds with him last Thursday and then split eight with Antillon and a young prospect from Philadelphia named Ramon Serrano (going five with Antillon and three with Serrano).

Roach is still a little frustrated that Pacquiao allows Antillon to back him to the ropes.

“He did that the other day and Antillon was killing him to the body,” Roach said. “But after all those shots to the body Manny tells him ‘Thanks for the massage.'”

Roach says Pacquiao is already acclimated to Antillon’s pressure tactics to the point that he’s playing around more than working during their sessions.

“He’s talking a lot during the sparring, joking around and stuff,” Roach said. “That shows me that I need to bring in bigger guys.”

Junior welterweight contender Mike Alvarado (25-0, 18 KOs) was due in from Colorado this past Tuesday.

Alvarado, a strong and durable welterweight-sized 140 pounder, was a star wrestler in high school.

He starts sparring with Pacquiao next week.