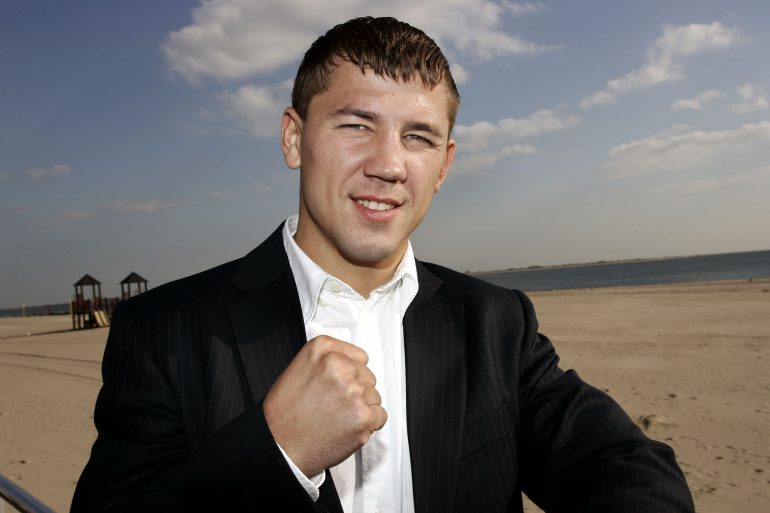 Robert Guerrero (23-1-1, 16 KOs) made his junior lightweight debut a smashing one, crumpling normally durable journeyman Edel Ruiz (29-21-5, 18 KOs) with a single left to the body, ending their scheduled 10 rounder 27 seconds into the first round.

“I saw him lunging in with a punch and I hit him with a beautiful body shot and it was over,” said Guerrero, who was surprisingly sharp considering Saturday’s bout was his first fight in 11 months. “That’s what happens when you stay in the gym.”

Guerrero, who abdicated his IBF featherweight title during his layoff, is expected to headline an HBO-televised triple header along with Victor Ortiz and James Kirkland on March 7, possibly in San Jose, Calif.

If it were up to the 25-year-old southpaw he would fight again next week.

“I can’t wait to get back into the ring – that was too short (a fight) after waiting a whole year,” Guerrero said.

Highly touted 2008 Olympian, Matt Korobov (3-0, 3 KOs) also made quick work of his opponent, coolly stalking and punishing Jose Florentino (3-4, 3 KOs) with hard and accurate body-head combinations until the tough Mexican from Indianapolis was put down in a heap 2 minutes and 26 seconds into the opening round of their scheduled four rounder.

Korobov, a Russian amateur star who was ranked No. 1 in the world for four years at 165 pounds, also showed excellent balance, hand-eye coordination and defensive skills while dismantling Florentino.

Promoter Bob Arum and manager Cameron Dunkin are very high on Korobov and plan to keep the middleweight prospect busy. The heavy-handed southpaw is scheduled to fight next month (Feb. 21) on a Top Rank-distributed pay-per-view card from New York City, where they believe the 26-year-old fighter will attract fans from the Russian community.