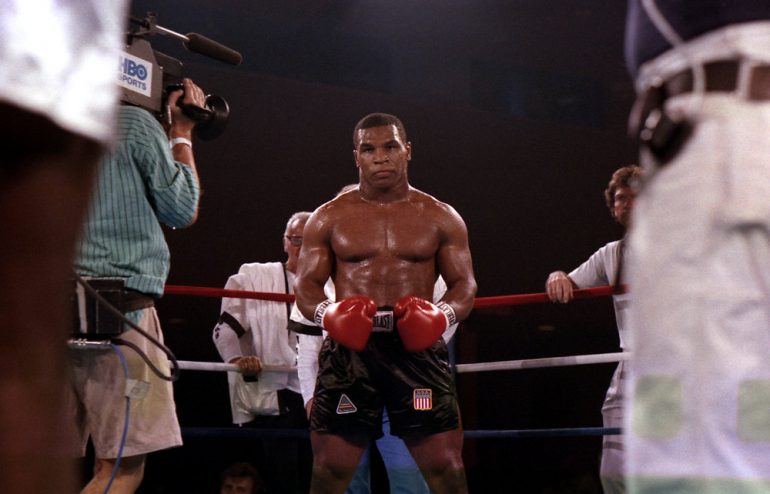 Tyson prior to fighting Joes Ribalta. He weighed in at 213 pounds for that 1986 bout. Photo by THE RING Archive
13
May
by Anson Wainwright

Note: This feature was originally featured in the January 2014 issue of THE RING Magazine.

Mike Tyson is remembered as one of the most feared fighters of all time, a force of nature who at 20 became the youngest heavyweight champion in history.

“Iron Mike” went on to unify all the titles within a year and become the king of boxing in the late 1980s, punctuating his monumental run with a historic knockout of then-unbeaten but terrified Michael Spinks in 91 seconds.

“The Michael Spinks fight was my best performance,” Tyson recently told THE RING. “I kept moving forward and threw a couple of great three-punch combinations. When I finally caught him on the ropes, I remember turning southpaw in order to throw my right hand to the body and right uppercut.”

Tyson’s reign didn’t last long. He was only 23 when 42-1 underdog Buster Douglas pulled off the upset of the century, scoring a 10th-round knockout in 1990 to destroy the myth of Tyson’s invincibility.

And it got worse from there as his life spiraled out of control. Tyson bottomed out when he was convicted of rape in 1992 and spent three years in prison. 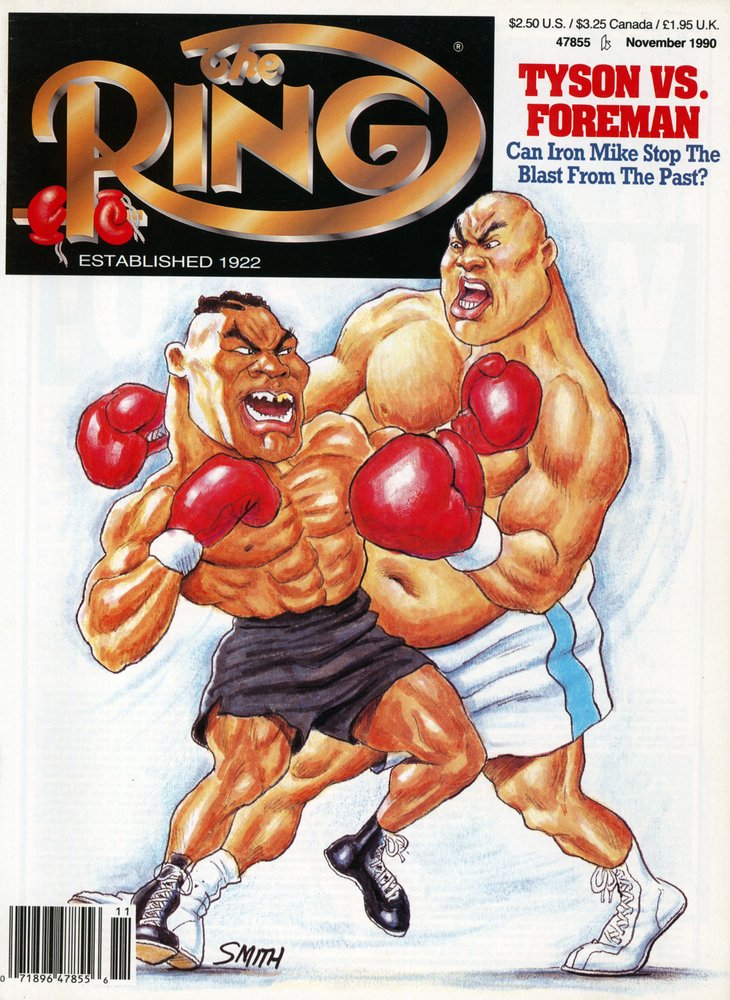 He returned in 1995 to great fanfare, setting box office records en route to regaining two sanctioning body titles before losing to Evander Holyfield in 1996. The rematch the following year provided one the most infamous moments in sports history, as Tyson was disqualified for biting both of Holyfield’s ears.

That combined with his prison term and crude, sometimes irrational behavior outside the ring made him a pariah in the eyes of many. Journeyman Kevin McBride stopped him in his last fight, in 2005, an ignominious ending to a remarkable career.

However, Tyson has reinvented himself as a kinder, gentler soul in recent years. His one-man stage show, Undisputed Truth, has been a success, he has a new TV show called Being: Mike Tyson, and he has entered the business of promoting fights.

“I have been through it all,” Tyson said, “and I am dedicated to doing what is best for each of the talented fighters who are signing with me and my partner, Garry Jonas.”

Does he have any regrets in his boxing career?

Tyson (50-6, 44 knockouts) agreed to speak to THE RING about the best he faced in 10 key categories.

BEST JAB
Tony Tucker: I had to be certain to slip well to keep from getting tagged.

BEST DEFENSE
Larry Holmes: I have to say Larry Holmes even though I did win inside the distance. He was very tough to hit cleanly.

FASTEST HANDS
Tony Tubbs: Tony Tubbs had the fastest hands. I was surprised how quick he let go with those combinations. And he was not afraid to throw them.

FASTEST FEET
Mitch Green: I think Mitch Green had the fastest feet. It was very tough to set up near him and throw big shots.

BEST CHIN
Jose Ribalta: I hit Jose Ribalta with everything, and he took everything and kept coming back for more.

SMARTEST
Holmes: Larry Holmes was the smartest of all. It comes with being a champion for seven years.

STRONGEST
Ribalta: Jose Ribalta stood toe to toe with me. He was very strong in the clinches.

BEST PUNCHER
Holyfield: He threw terrific shots with both hands and with bad intentions.

BEST BOXER
Tucker: He had an excellent jab, moved well and was very tough to hit clean.