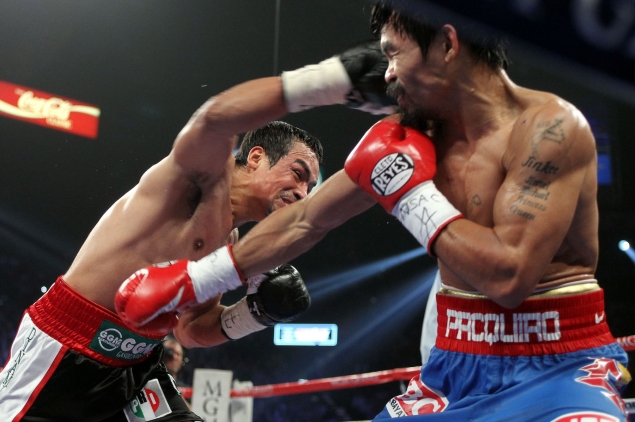 Juan Manuel Marquez’s trainer, Nacho Beristain, has said that his fighter “will be better than ever” for his fourth bout opposite Manny Pacquiao on Dec. 8 at the MGM Grand in Las Vegas.

Marquez’s strength coach, Angel Hernandez, has vowed that Marquez will be “bigger, stronger and faster,” and Marquez himself has said that he will “try to knock out” Pacquiao during their HBO Pay Per View-televised clash.

The 39-year-old Marquez (54-6-2, 39 knockouts) displayed his power during a recent sparring session, dropping his opponent with a perfectly placed counter-right hand during an exchange.

Click here for a video of the sparring session, during which Marquez drops hard-punching, Mexican Daniel “Rocky” Santillo, who is 4-1, with four knockouts.

“I have been told that Marquez is doing very, very well,” Top Rank CEO Bob Arum said of Marquez, who is training in Mexico City at 7,940 feet above sea level.

In November, Pacquiao (54-4-2, 38 KOs) escaped with a highly-disputed HBO Pay Per View-televised majority decision over Marquez, with whom he has also battled to a draw and lost by split-decision previously. 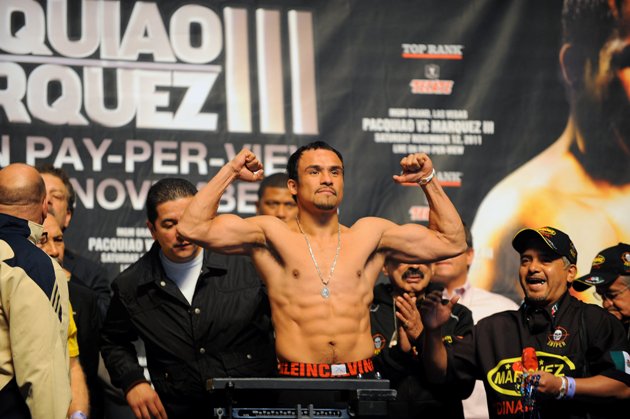 “This fight, I’m training very, very hard. This fight, I will try to knock out Manny Pacquiao,” said Marquez, during an interview with RingTV.com in September.

“There is no way that I can let this fight be a decision, because if I do, everyone knows what will happen. That’s because the judges aren’t doing their jobs, so I need to train very hard to get the knockout.”

An infuriated Marquez, whose birthday was in August, nearly retired following the last bout with Pacquiao, but rebounded with April’s unanimous decision over Sergei Fedchenko for the WBO’s junior welterweight belt.

“Yes. I said, if you remember, in the past, in November, that I was retiring from boxing. But my inspiration to continue was that I could fight with Manny again. I am going to tell you that I very, very badly wanted this fight, and so this is a great thing for me that it’s happening again,” said Marquez in September. 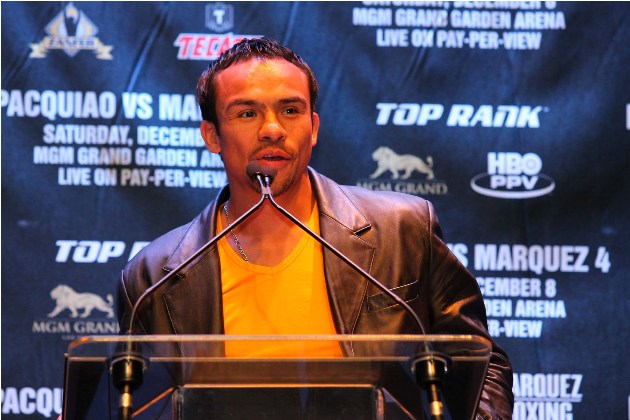 Pacquiao is just as motivated to conquer Marquez, who has never been knocked out. Marquez has, however, been dropped to the canvas a number of times, including in the second round of a one-sided, unanimous decision loss to Floyd Mayweather Jr. in September of 2009.

Pacquiao, meanwhile, has been stopped twice, both times in the third round in February of 1996 and September of 1999. Pacquiao was 11-0 when he was knocked out by Rustico Torecampo, and 26-1 before being similarly stopped by Medgoen Singurat.