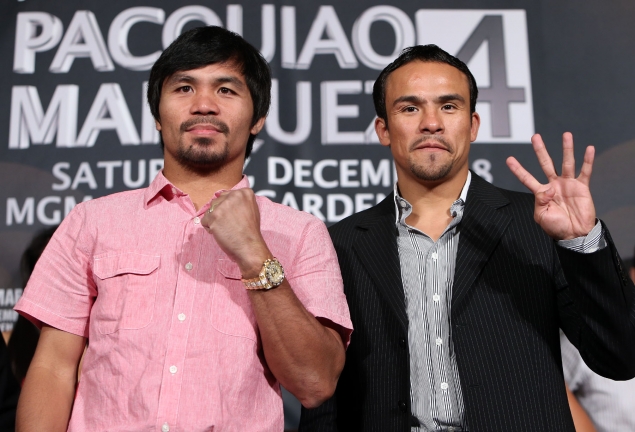 Eight-division title-winner Manny Pacquiao will make his seventh appearance on the documentary series when HBO’s 24/7 Pacquiao-Marquez 4 debuts on Nov. 17 at 12:15 p.m. in advance of his fourth meeting against four-division title-winner Juan Manuel Marquez, the network announced on Wednesday.

In November, Pacquiao escaped with a highly disputed HBO Pay Per View-televised majority decision over Marquez, with whom he has also battled to a draw and lost by split-decision previously.

“The intensity of this eight-year rivalry will be a great jumping off point for our all-new edition of ’24/7′,” said Rick Bernstein, executive producer of HBO Sports.

“We are eager to follow both teams in the build-up to the fourth chapter. Episode one will be dedicated to revisiting their first three bouts [2004, 2008 and 2011] with a documentary-style production.”

Marquez, who turned 39 in August, nearly retired following the last bout with Pacquiao, but rebounded with April’s unanimous decision over Sergei Fedchenko for the WBO’s junior welterweight belt.

During early interviews with RingTV.com, Marquez’s trrainer, Nacho Beristain, said that that his fighter “will be better than ever.” Marquez’s strength coach Angel Hernandez vowed that Marquez would be “bigger, stronger and faster,” and Marquez himself said that he will “try to knock out” Pacquiao. 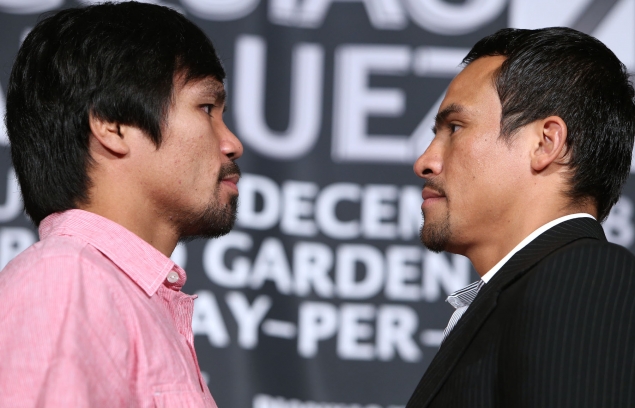 But Pacquiao is just as motivated to conquer Marquez, who has never been knocked out although he has been dropped to the canvas a number of times, including in the second round of a one-sided, unanimous decision loss to Floyd Mayweather Jr. in September of 2009.

Pacquiao, meanwhile, has been stopped twice, each time, in the third round of losses in February of 1996 and September of 1999. Pacquiao was 11-0 when he was knocked out by Rustico Torecampo, and, 26-1, before being similarly stopped by Medgoen Singurat.

All four episodes will have multiple replay dates on HBO, and the series will also be available on HBO On Demand and HBO GO.