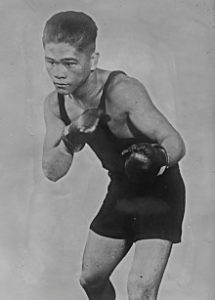 Prior to Manny Pacquiao, Villa was the greatest champion from the Philippines (and for much of the 20th century was considered the greatest Asian boxer of all time) and very popular in New York City, where he stopped legendary Welshman Jimmy Wilde for the flyweight title in 1923. He held the title until his untimely death (due to throat infection) in 1925.