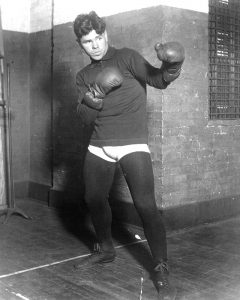 Known as “The Toy Bulldog,” Walker was one of the most popular and talented fighters of the 1920s. He competed with the best middleweights, light heavyweights and heavyweights of his era – including the great Harry Greb, Tiger Flowers, Tommy Loughran, Maxie Rosenbloom and Max Schmeling – but he won his first world title in the 147-pound division, outpointing hall of famer Jack Britton over 15 rounds in 1922. Walker was awarded Ring Magazine’s inaugural welterweight championship belt in 1924.