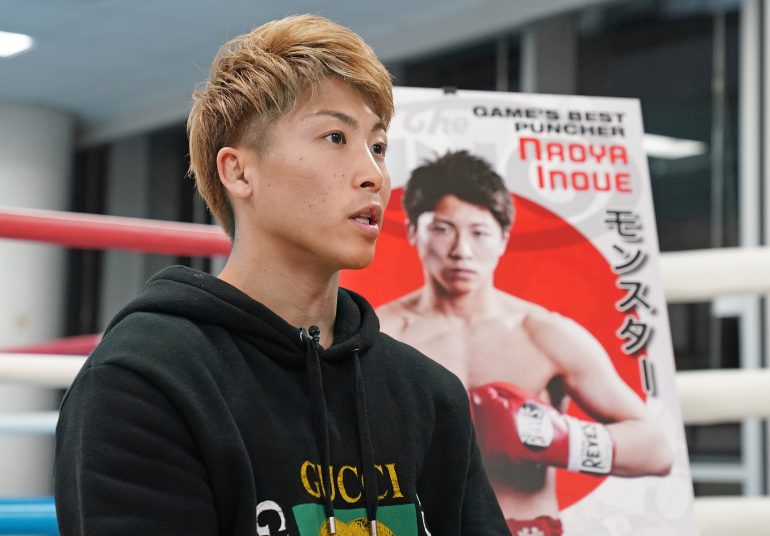 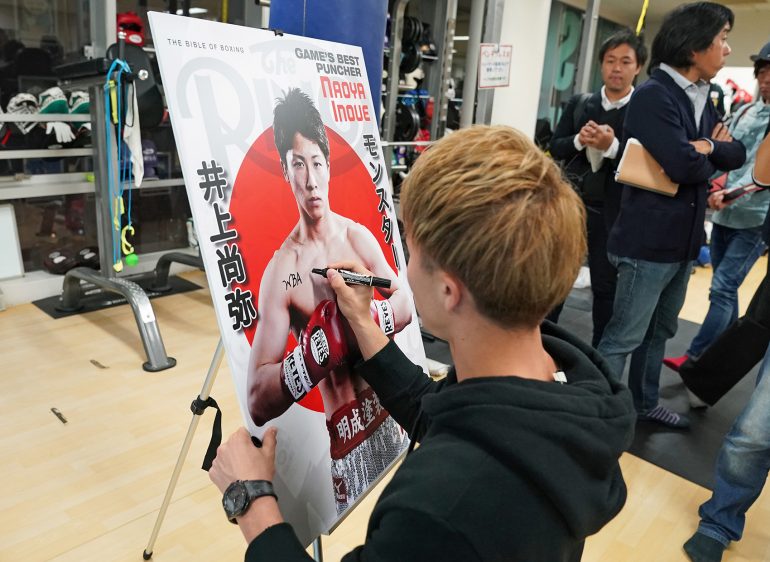 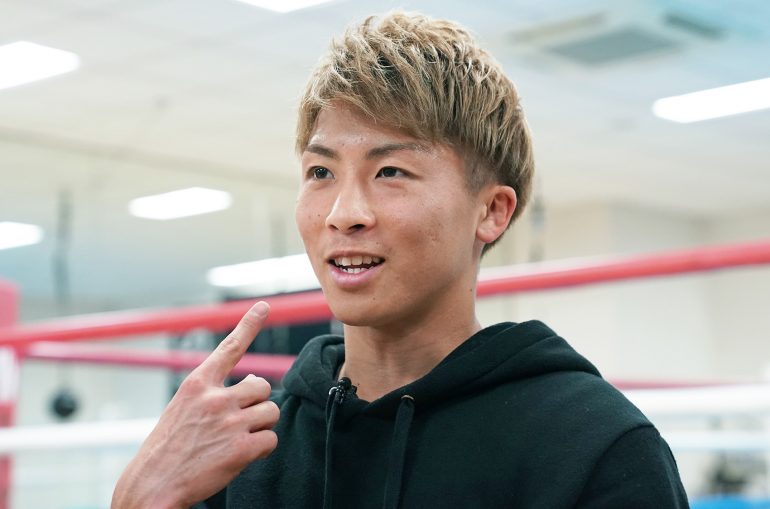 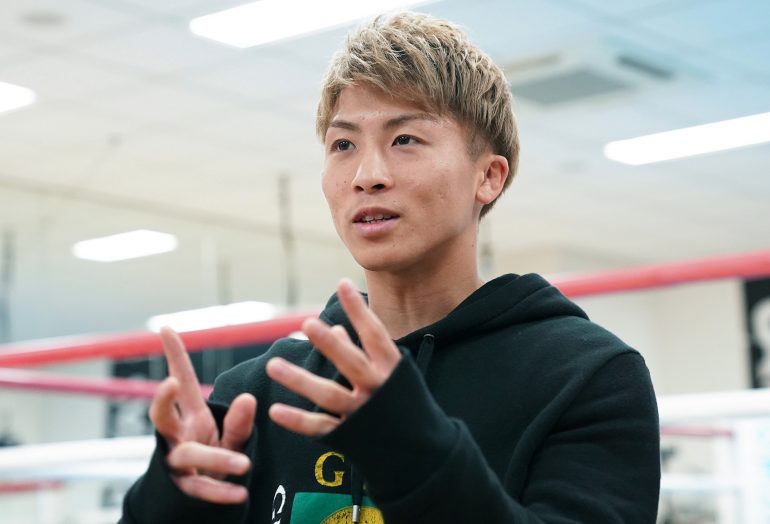 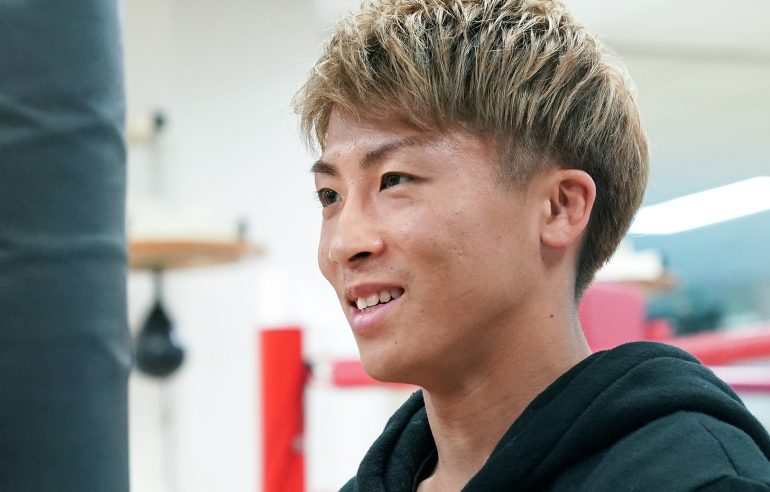 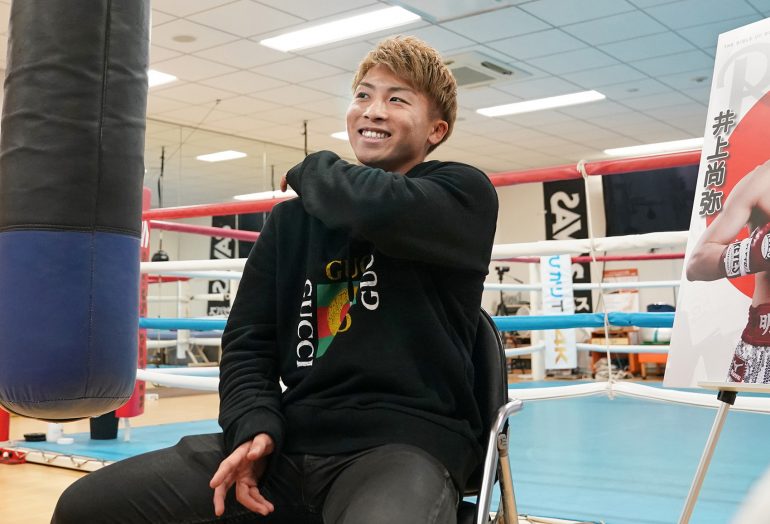 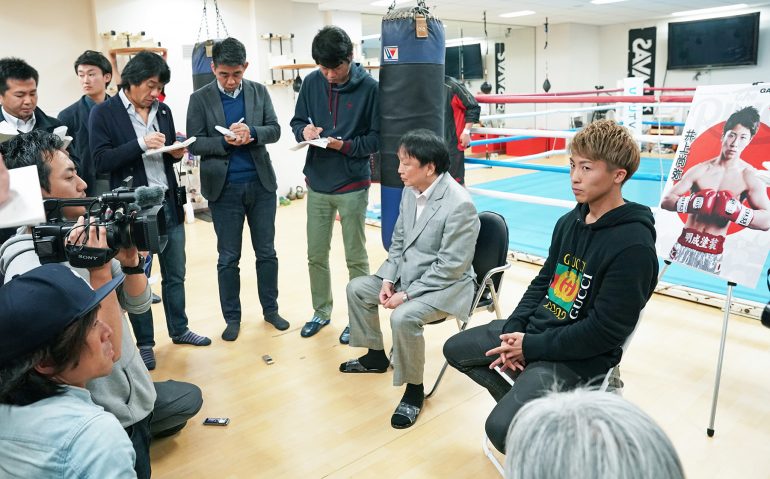 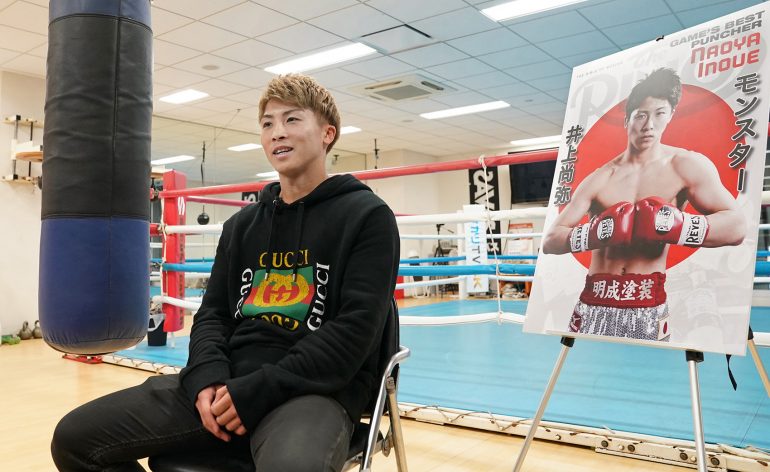 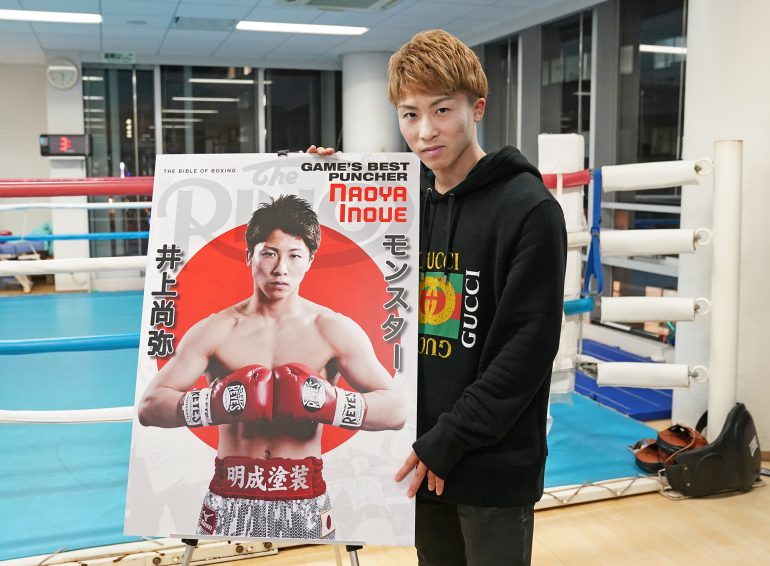 On Tuesday, The Ring’s No. 1 bantamweight, Naoya Inoue, and promoter Hideyuki Ohashi announced that the hard-hitting Japanese star will grace the cover of our February issue.

Inoue, who is also rated No. 6 in the mythical pound-for-pound rankings, is coming of a spectacular first-round knockout of former titleholder Juan Carlos Payano in his World Boxing Super Series debut. He is scheduled to face IBF 118-pound titleholder Emmanuel Rodriguez in the tournament semifinals early next year.

The press conference took place at the famed Ohashi Gym in Yokohama.

All photos courtesy of Naoki Fukuda.