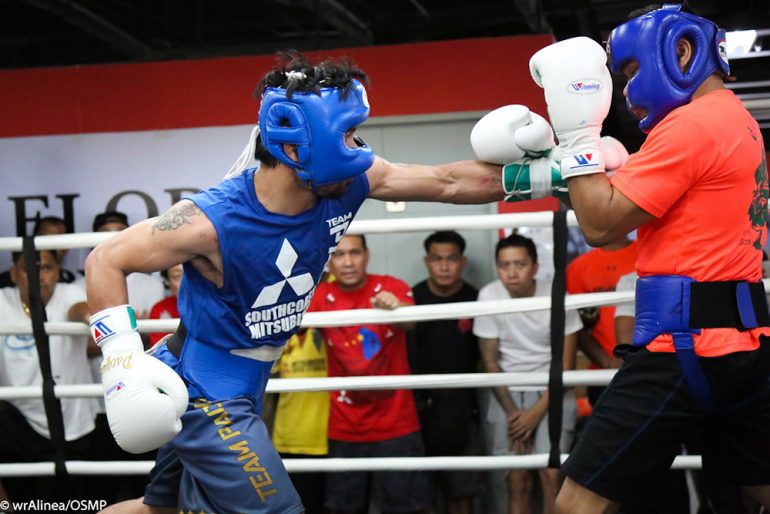 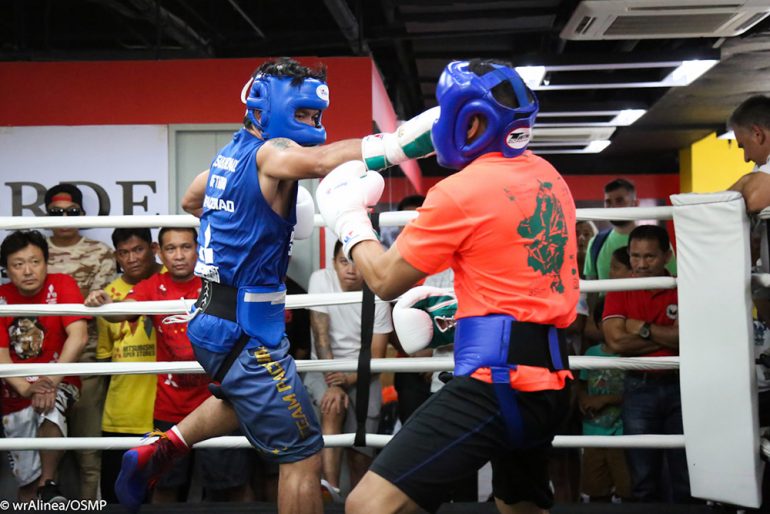 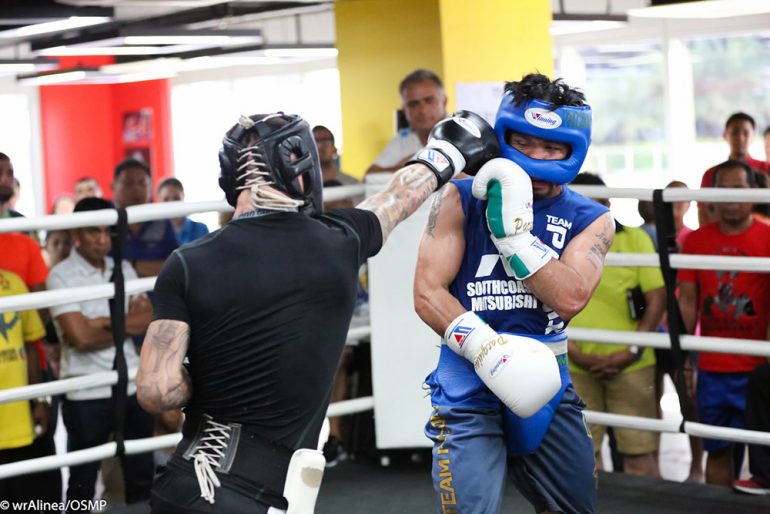 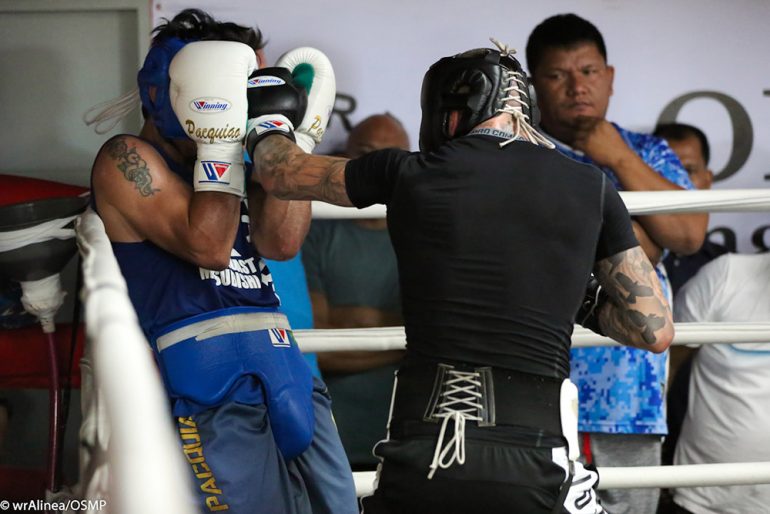 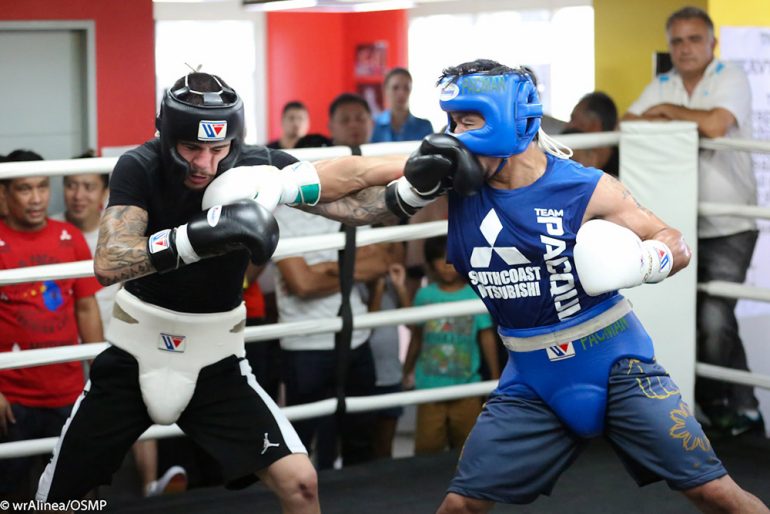 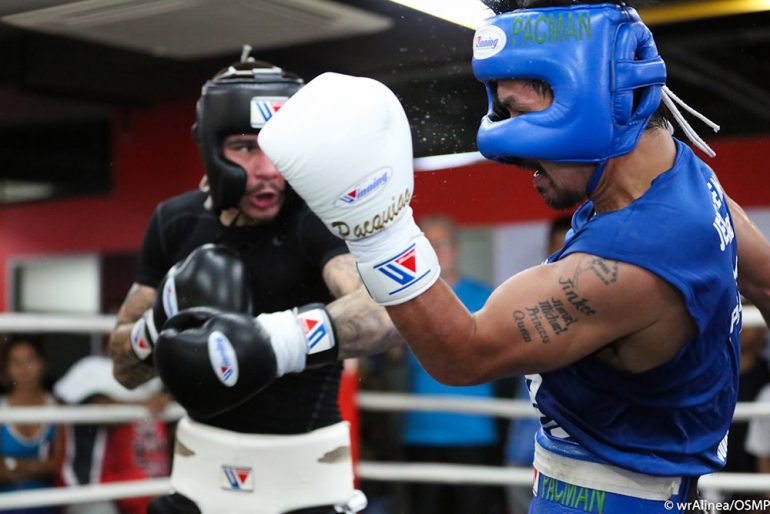 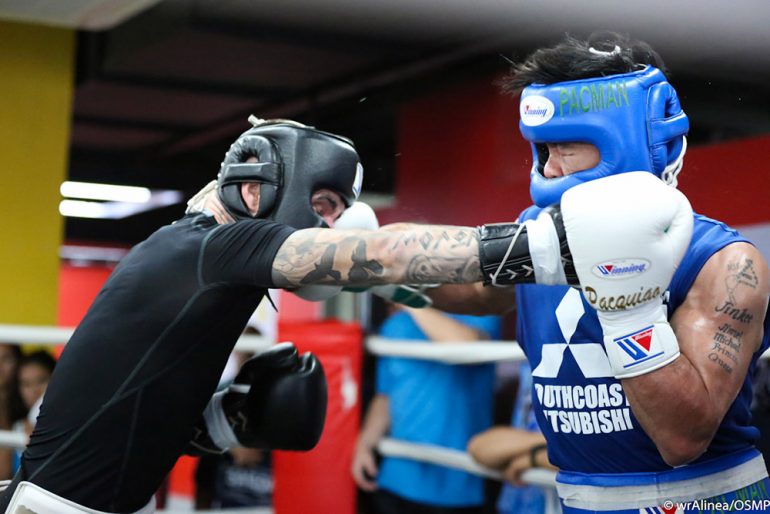 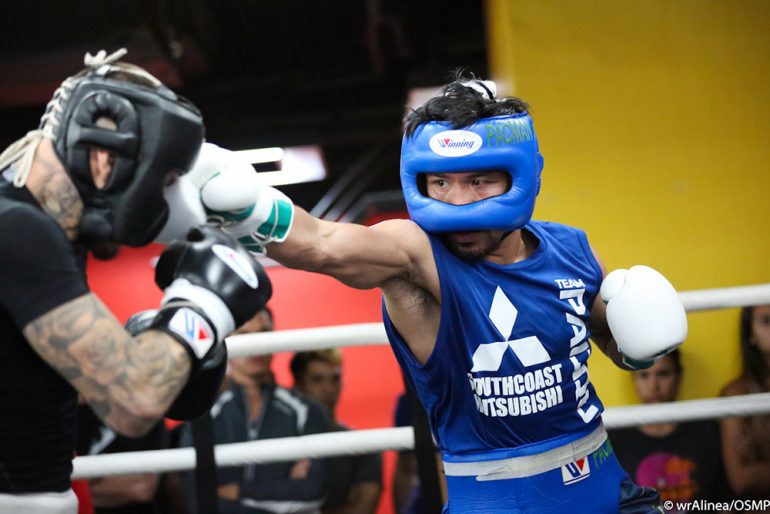 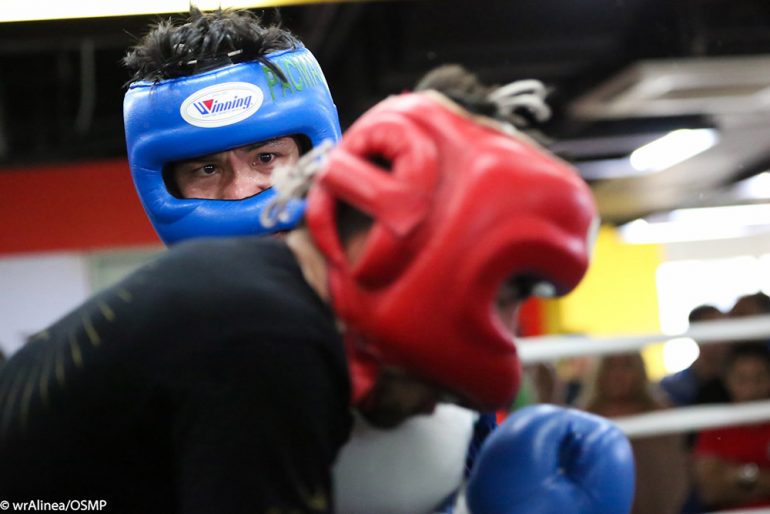 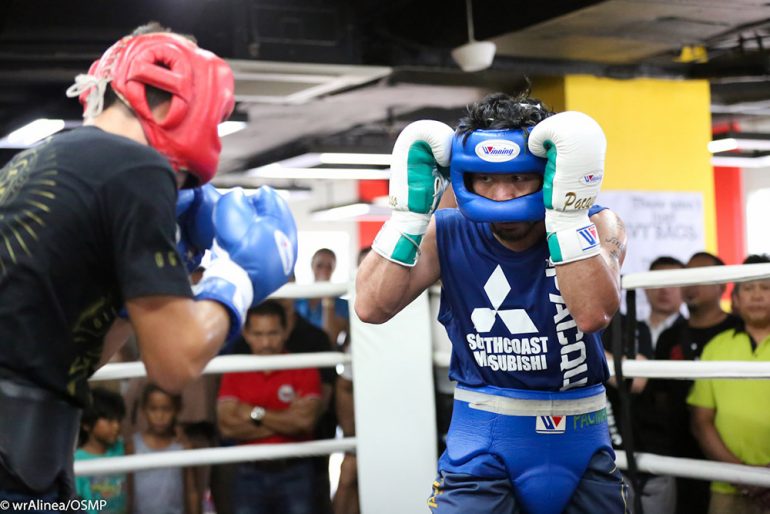 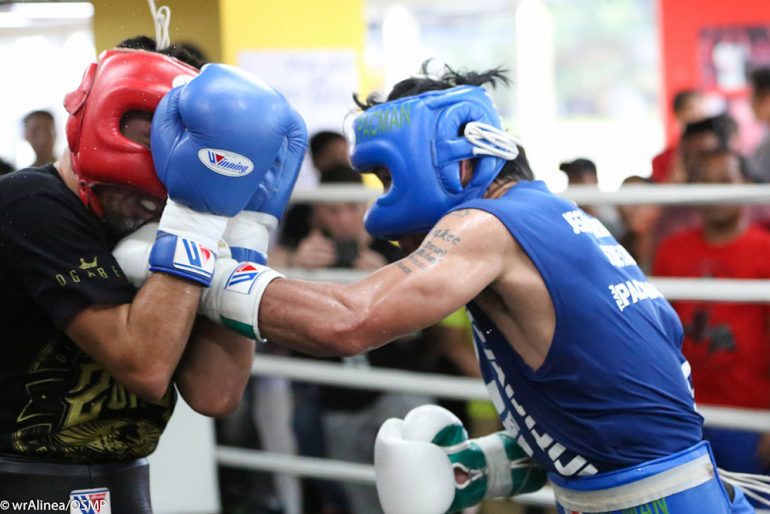 Manny Pacquiao wrapped up the Manila leg of his training camp by sparring three different boxers on Saturday at Elorde Gym in Pasay City, Philippines.

Kambosos Jr. had earlier expressed hesitation about making the trip to Manila to work with Pacquiao, Pacquiao’s trainer, Freddie Roach, had earlier said, but ultimately arrived in Manila earlier this week.

Pacquiao will relocate camp to his hometown of General Santos City in the southern Philippines as he continues preparing for his July 2 fight (July 1 in the U.S.) against unbeaten Australian Jeff Horn at Suncorp Stadium in Brisbane, Australia.

Take a look at some scenes from the sparring session by Wendell Alinea.