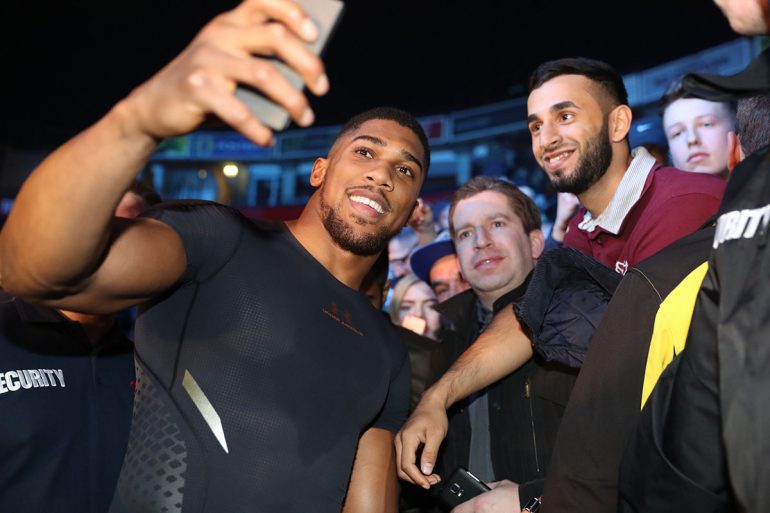 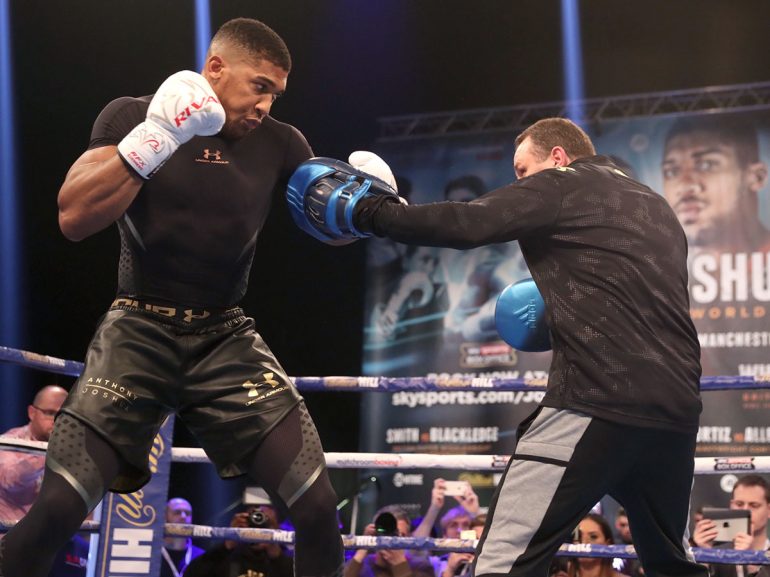 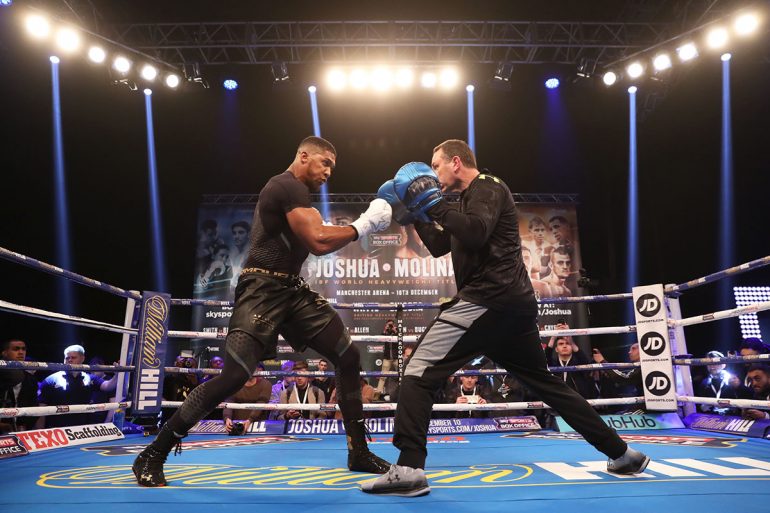 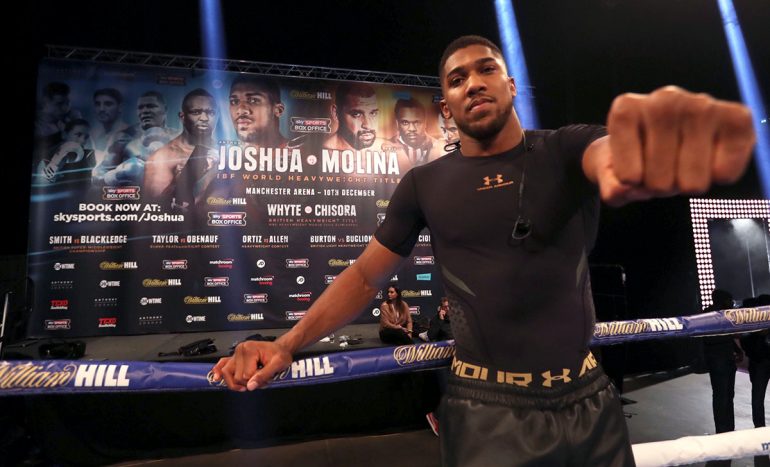 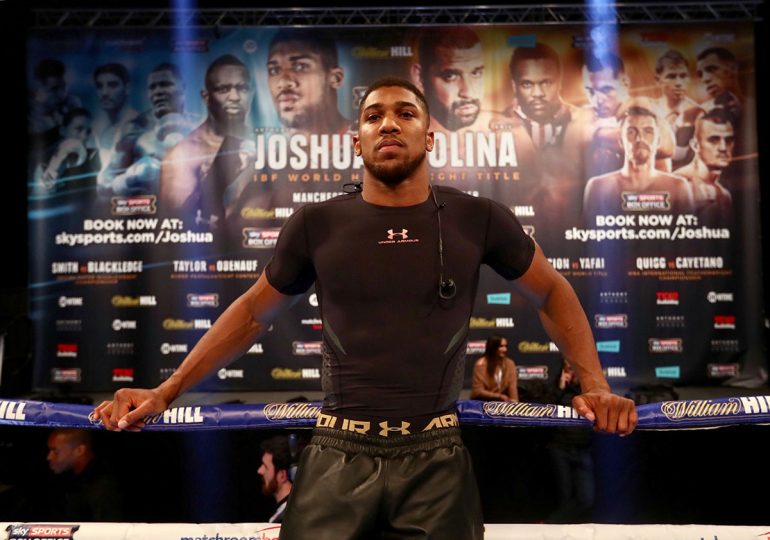 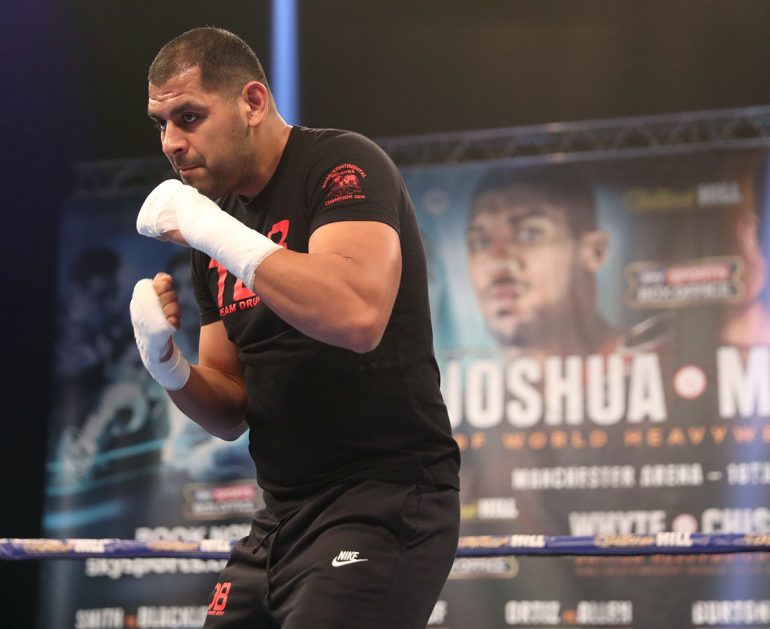 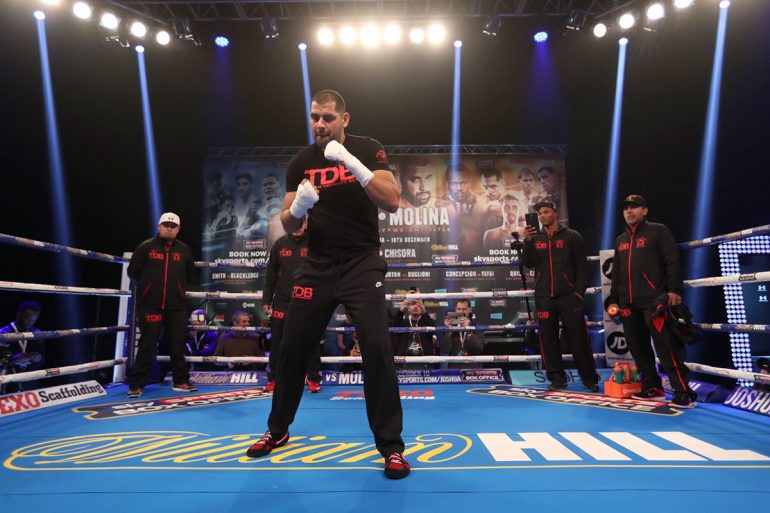 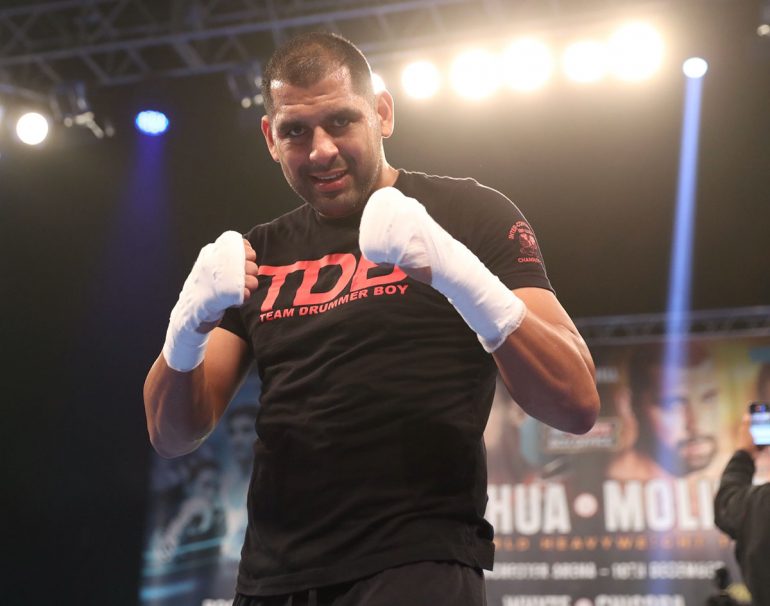 “Eric is coming here to win and he’s got a goal in his sights and dreams to fulfill. I want to shatter his dreams and keep that title. He gave Wilder a real test, rocked him, and boxed through the fight with an injury. So he’s got ability, power and heart.

“A man that gets up after being knocked down has my full respect and he has shown he has massive heart. His mentality is that he’s got nothing to lose, and that makes him dangerous. There’s been upsets in the past but that’s not happening at this stage of my career.

“Molina is Wladimir Klitschko, he is David Haye, he is Wilder. He is a hurdle I have to overcome. It’s not about them, it’s about me. I won’t disrespect Eric, but I don’t play games, I come to dominate. I don’t care how long the fight with Molina goes; one or 12 rounds, I just need to dismantle my opponent.

“I’m not fighting Klitschko. He’s going to be there on Saturday, as is Haye, but they’re not in front of me. My career, my discipline and my consistency, that’s the package that we’ve been sending out to the rivals and that speaks louder than any performance on Saturday. I want to win, I want to look good and I want to entertain — but the most important thing for me is going in there and doing the job.

“We’re close to getting some huge fights. If I get through Saturday then I fight Klitschko; it doesn’t get much bigger, so the division is moving forward. People have just got to be patient and enjoy the ride.

“Knockout is the only way I am going to win. I’m not here to take it on points, I am here to put him on the floor and take his belt. Any heavyweight can KO any other heavyweight, and I can KO Joshua. I’m a hard-punching heavyweight so I am extremely confident.

“Joshua has great balance, he’s athletic, tall, uses his reach – but there are things about him we don’t know yet and he knows it, too. We know he can punch and has the attributes to become a legend, but that missing piece of the puzzle is the chin. Can he take a punch? He hasn’t taken anything up to this date. A good boxing puncher can KO you with a shot at any given moment.

“I don’t question his stamina, but I do want to see him take a good shot. It’s the big question – and I’ve hurt everybody that I’ve been in the ring with. Does he have grit and determination? We’ll find out.

“I don’t pay too much notice to what people think. When I fought Wilder the whole world gave me one round — that’s it. He’s going down in one round, he’s going to get blasted away. I’ve heard it all before, all the negative feedback. Let people think what they want, I feed off it. I have nothing to lose in a fight like this and everything to gain. It’s a very dangerous fight and the type of fight that I really perform in.

“Dillian Whyte has given Joshua his toughest test so far, then probably (Dominic) Breazeale. He hasn’t been pushed. He hasn’t been taken to a place where he’s had to dig deep. There are some holes in his game that we feel we can execute and hurt him.