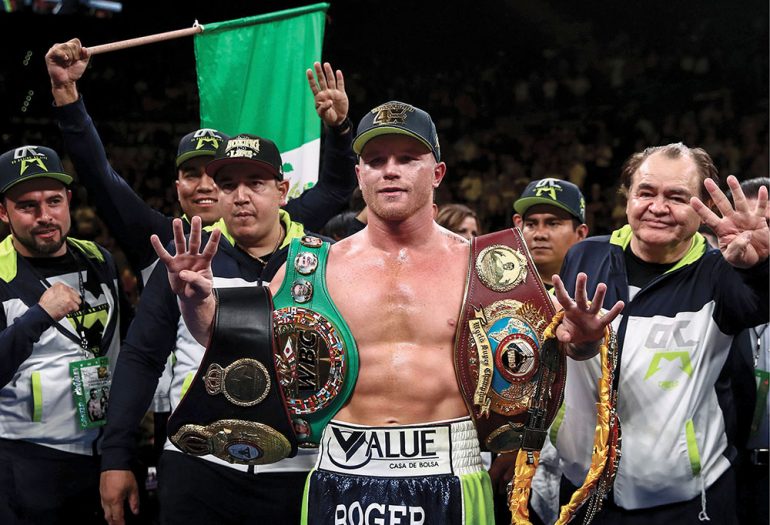 HOW TO PROPERLY HATE ON CANELO: YOUR ONE-STOP GUIDE

Deontay Wilder scored a one-punch KO against Luis Ortiz on November 23 and half of Boxing Twitter declared him to be the greatest puncher in history and one of the best heavyweight champions of all time.

Inside the same MGM Grand Garden Arena in Las Vegas on November 2, Canelo Alvarez became the first reigning middleweight champ to earn a major light heavyweight world title by knocking out Sergey Kovalev, but many of the fans that would be caught up in Bronze Bomber Mania three weeks later downplayed the accomplishment. Some questioned if it had any merit at all.

Kovalev was an “old” 36, faded and weight-drained, they said.

Alvarez was a 3-to-1 favorite, they added; he did what he was supposed to do. Don’t elevate him in the pound-for-pound rankings and don’t dare put him in the same sentence as Julio Cesar Chavez, they demanded.

I understand their rationale and resistance to the promotional hyperbole that preceded and followed the fight. But if Alvarez gets no credit for doing what everyone thought he would do against an “old” opponent, why did so many of his critics go gaga when Wilder, a 6-to-1 favorite, iced the 40-year-old Ortiz? Didn’t he do what he was supposed to do, which was score another KO of the only legit heavyweight contender he’s faced during his five-year title reign, apart from Tyson Fury?

The answer is simple: Canelo Alvarez is the biggest star in boxing. Wilder is not. And there will always be a loud contingent of harsh critics of whoever is the most popular boxer in the sport, especially if he’s one of the richest athletes on the planet.

Hate is part of boxing. If you’re a Canelo hater, embrace it!

However, there’s legitimate criticism and there’s hate. Legit criticism is not recognizing Alvarez as a four-division titleholder by discounting the secondary WBA super middleweight belt he won by blasting overmatched Rocky Fielding a year ago. Hate is claiming that Kovalev was not only “shot,” but also took a dive against Alvarez.

The rest of this column is dedicated to those who had the ignorance or gall to say that. I know you will NEVER give Alvarez props for ANYTHING he does in the ring. And it’s OK.

Heavy is the head that wears the crown, and the diadems of boxing’s kings, going all the way back to Jack Johnson, are usually weighed down with a lot of hate. Hate is part of boxing. If you’re a Canelo hater, embrace it! 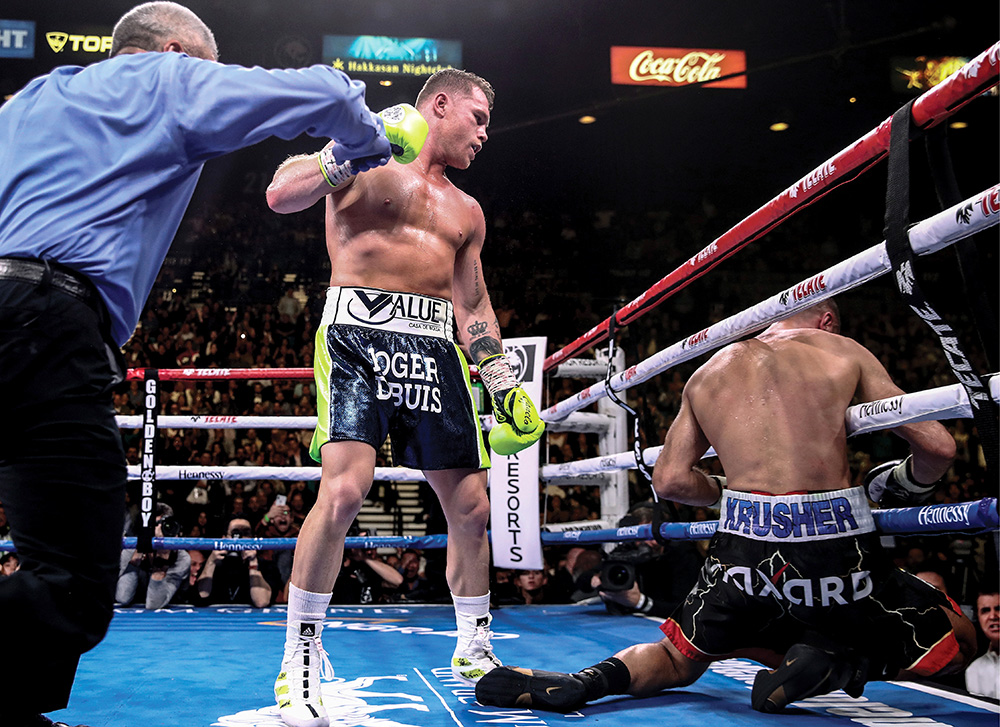 Those refusing to acknowledge Alvarez’s KO of Sergey Kovalev will probably never give him credit for any victory. (Photo by Valery SharifulinTASS via Getty Images)

Over the past 20 years, I’ve been accused of being a “hater” of the following stars: Mike Tyson, Roy Jones Jr., Oscar De La Hoya and Floyd Mayweather Jr.

If that’s true (and I don’t think it is, but that’s a topic for another column), I’ve got seniority on a lot of you. So, allow me to give you young haters some advice: If you want to pooh-pooh a star’s opponents, don’t stoop to conspiracy theories after he kicks their asses; discredit them BEFORE the fight.

It would kill you to give him any credit for facing any of these titleholders, wouldn’t it? So, let’s crap on them now rather than later.

For starters, claim that any light heavyweight or middleweight that fights Canelo at super middleweight was weight compromised. (In fact, start referring to the 168-pound division as “Caneloweight” whenever he fights there.)

Also, consider anyone in his 30s as “old” (and no, it doesn’t matter if they turned pro in their mid-20s). So, refer to Beterbiev, who turns 35 in January, as an “aging veteran” if he shares the ring with Alvarez in 2020. (Never mind that Beterbiev only has 15 pro bouts. Use that fact against Alvarez! Beterbiev was old AND inexperienced!)

Claim that Golovkin, who will be 38 in April 2020, is ANCIENT. Alvarez gets zero credit for beating his chief rival if and when they meet for a third time.

You can’t say that Benavidez and Bivol are old, but you can claim that Benavidez, who turned 23 in December, is a baby. You can also say the Arizona native looked like a work-in-progress against Anthony Dirrell. Bivol, who turned 29 in December, is past the developmental stage, but with only 17 pro bouts under his belt, you can feel comfortable saying he’s too green for a guy with 56 fights. (While you’re at it, point out how boring Bivol looked in this last four bouts, which went the distance. Tell everyone that he wasn’t able to transition from the amateur boxing style to the professional style.)

Speaking of boring, you must refuse to give Canelo any credit if he faces perennial stinkers Saunders and Andrade. Yes, they’ve got tricky southpaw styles that confound most boxers, and they can probably frustrate Alvarez, but you know they can’t hurt him and it’s unlikely that they can outpoint him. So, start talking and Tweeting about the deck being stacked against them the moment the fight is signed. If they legitimately win 2-3 rounds, call the fight a draw. If they can win 4-5 rounds, be sure to scream “robbery” when they lose.

Smith and Charlo are action fighters in their primes, but the 29-year-old Englishman looked awful defending his Ring and WBA titles against John Ryder. Alvarez can not be praised for beating a champ who needed a gift decision to retain his titles. As for the 29-year-old Houston native, just claim that Canelo ran from him for the past two years and that ‘Mall got “stale” waiting for him.

That’s proper hate that should cover the next three years of Alvarez accomplishments. And who knows? You could get lucky and he could lose during that time.

GOT SOME HATE (OR LOVE)? WRITE TO THE RING!

Email us with your comments at [email protected]. 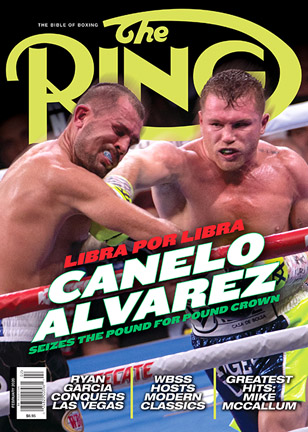 Your one-stop guide to hating on Canelo

Has Alvarez accomplished enough to be considered great?

In the Inner Sanctum

Canelo's calm before the Krusher

Pictures of a rising star

Time to Wake Up, Time to Look in the Mirror

With five fight-related deaths, 2019 was an urgent call for improved safety

Blair Cobbs' path to boxing is stranger than fiction

The best defense is offense

The Monster shows his humanity

Looking for a fight

Fighting with a concussion