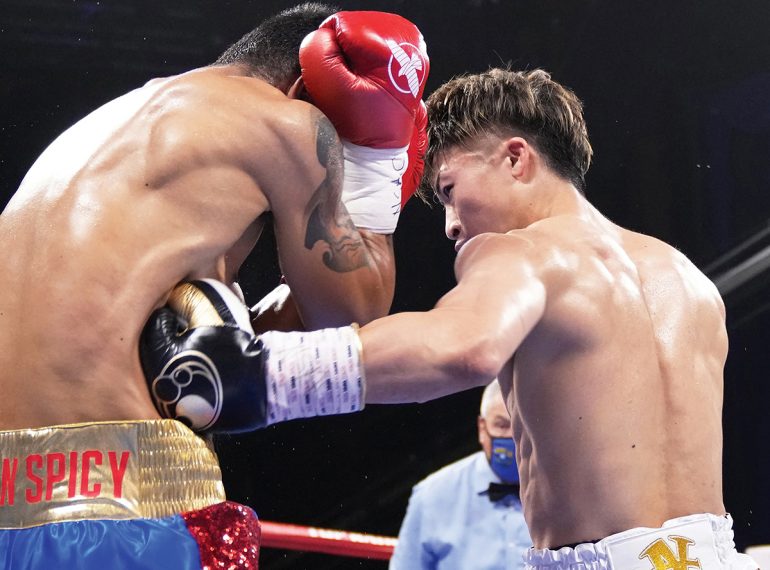 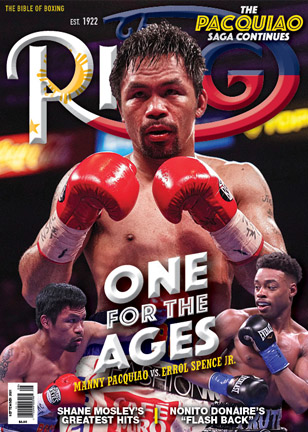 Manny still dares to be great

At 42, Manny Pacquiao is taking on one of the most dangerous fighters in the world

Others have tried for glory in their 40s ... with mixed results

After his victory over Nordine Oubaali, Nonito Donaire is officially a bantamweight badass

As gym rat or world champion, 'Sugar' ruled the ring

Fulton vs. Figueroa is the culmination of recent 122-pound action

Some worthy women are being overshadowed on the IBHOF ballot

An excerpt from (Low)Life: A Memoir of Jazz, Fight-Fixing, and The Mob

Pacmania is alive and well

Manny still dares to be great

Not done by a long shot

Somebody out there likes boxing

Recent moves in The Ring's rankings

Boxing around the globe