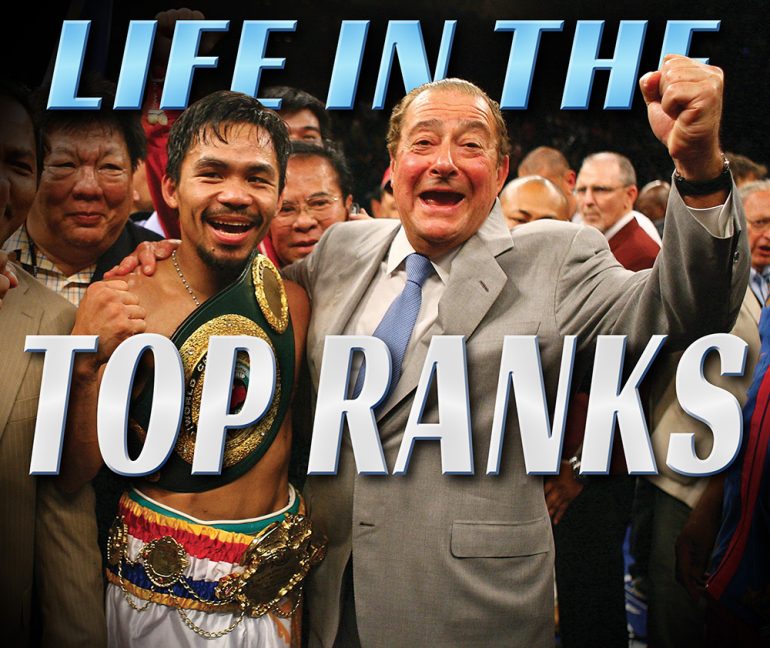 ON THE VERGE OF HIS 90TH BIRTHDAY AND STILL GOING STRONG, PROMOTER BOB ARUM LOOKS BACK ON THE HIGHLIGHTS OF HIS ILLUSTRIOUS CAREER

Bob Arum was born right in the middle of the Depression era, when uncertainty reigned and rarely anyone lived into their 90s. The Hall of Fame promoter laughs at the notion of ever thinking he would reach 90, which will happen on December 8.

“When and where I was raised, right there in Brooklyn, New York, during The Depression, you were lucky if you reached 65,” said Arum, who would go on to create the promotional company Top Rank. “I did have uncles who lived into their 90s and a few great uncles who lived beyond 100. So it’s not me.

The Ring got a chance to sit down and chat with the living legend during Canelo Alvarez-Caleb Plant weekend in early November to discuss some of his favorite boxing memories.

The Ring: Who’s the greatest fighter you ever promoted?

Bob Arum: Of course, that has to be Muhammad Ali. He was not only an incredible fighter, but he had a wonderful, great personality and he was somebody very significant on the world stage. Anytime you promoted an Ali fight, the eyes of the world were on you. And that was a real heady thing. Later on, with other fighters that I promoted, like the Four Kings (Sugar Ray Leonard, Roberto Duran, Marvelous Marvin Hagler and Tommy Hearns) and other fights, they were good fights and very entertaining, but they didn’t have the same global impact as the Ali fights had.

It was never hard selling tickets to an Ali fight, but sometimes it was very hard going through all of the hate that greeted Ali when he refused to step forward with the draft. You had to be very, very strategic and very careful promoting his fights. They didn’t always end up in the best location, but it was Ali, and he elevated the event. 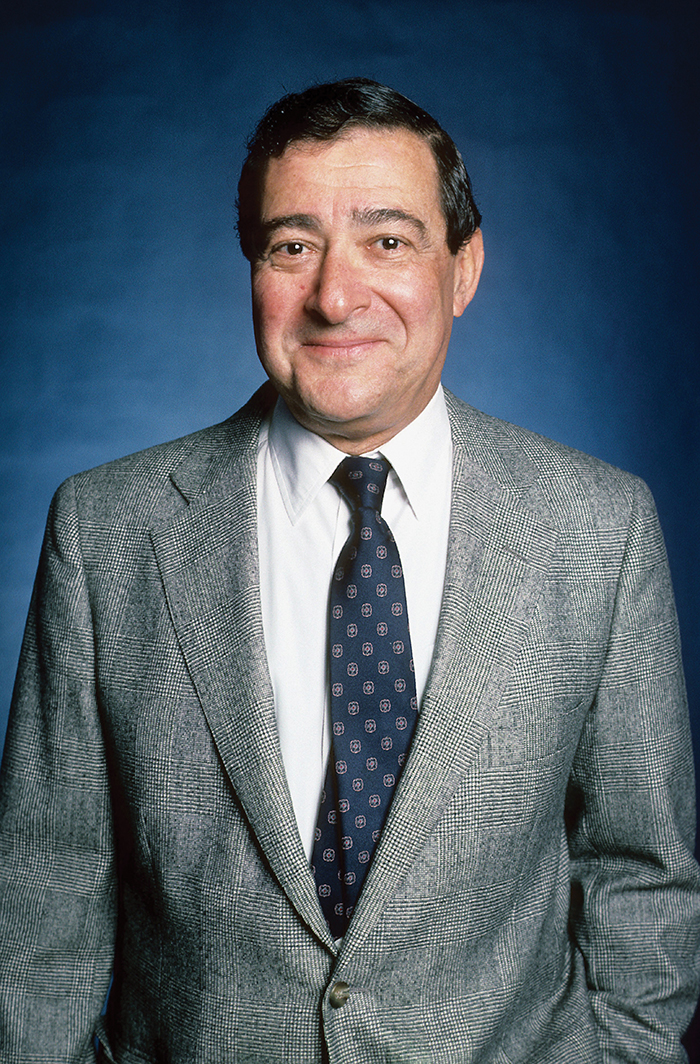 TR: What is the best fight you ever promoted?

BA: I would say that there are three of them. One is Ali-Frazier, the “Thrilla in Manila,” which I did with [Don] King. I was the one who handled the finances for that. That was a life-and-death fight, going back and forth. The second I would put in there is Marvin Hagler and Tommy Hearns, and the third, believe it or not, happened recently, between Tyson Fury and Deontay Wilder (the third fight).

Ali was a genius in pulling Frazier’s chain. A lot of what he did was very nasty, but it had a purpose, at least according to Ali. When the bell rang, Frazier just wanted to kill Ali. That was the wrong strategy. Ali was able to box the pants off Frazier in the beginning, and then when Ali got a little tired in the middle, Frazier came on and was pounding Ali. It looked like Frazier would knock him out. In the 11th round, Ali got his second wind and pounded Frazier to death. Thankfully, Eddie Futch (Frazier’s trainer) stopped it. Frazier couldn’t see. But Ali was as near exhaustion as I’ve ever seen him. Those two killed each other.

With Hagler-Hearns, by the time of the fight, the two really hated each other. We did a 25-, 26-city tour in 13 days and Hearns really got under Hagler’s skin, not because Tommy did anything wrong, it was just Marvin being Marvin. There was such hate that when the bell rang, they forgot about boxing and just went after each other. Hearns in the first round hit Hagler with the best right hand that Tommy’s ever thrown. Hagler took the punch and came back to engage with Hearns. Tommy had opened a cut on Hagler’s forehead, and [referee] Richard Steele had the doctor look at it and had let the fight go. That was it. Hearns lost that fight in the first round.

Fury-Wilder III was spectacular. Two big guys, two strong guys, going at it, with five knockdowns. When Fury knocked Wilder down, I thought we would see a repeat of the second fight. Then Wilder came back and knocked Fury down twice and you thought the fight was over. It looked like Fury may have had it, and Fury came back and destroyed Wilder. Wilder wouldn’t quit. He was always in the fight because of that punch. Fury and SugarHill [Steward, Fury’s trainer,] planned that fight into making it into a rock’em, sock’em brawl.

TR: Who have been some of the most enjoyable fighters you ever promoted?

BA: I would put Ali and Tyson Fury there. Both are articulate guys and really great promoters. Ali in particular, because as clever as Tyson Fury is, Ali came up with stunts and things that he did that were just genius. Not that Fury is too far behind him as knowing how to promote a fight.

I think I worked well with Ali, because people are people. In the 1960s, I was living in New York with my family on 72nd Street in Manhattan. Herbert (Muhammad, Ali’s manager) and Ali would come to New York on weekends. They would call to have dinner with us, always call for Sabbath dinner on Friday night, because the food was Kosher and the Muslims have the same dietary rules as Jews have.

Ali came to my son’s bar mitzvah and showed up before the rabbi did. There was never any type of anti-Semitism, remotely. Remember, to be Ali’s promoter and lawyer, I had to have the approval of [Nation of Islam leader] Elijah Muhammad. Elijah and Herbert liked me. Jim Brown introduced me to Ali, and he said to me after a few months that I got along better with them than he did. (laughs)

When Muhammad died, it hurt, but he was suffering from extreme Parkinson’s and a lot of other things. In the end, he was barely functioning. For the last four or five years, he wasn’t really Muhammad Ali. When Marvin died, that hit me really hard. Even after he retired, he was always in the gym working out.

Tyson Fury is very, very smart and a lot better read than people may think. I enjoy talking to him and he’s always thinking of ways to promote himself and his fights. All of his ring walks are him. Fury knows what works and how to get people’s attention. Remember, he came to this United States market, and when we signed him after his first fight with Wilder, he found out how to get the attention of the American fight fans.

Tyson is learning more and more with every fight how to promote even better.

TR: How would you describe your relationship with Oscar De La Hoya and Floyd Mayweather?

BA: I don’t know any of my fighters that were mean-spirited. Oscar and Floyd were tremendous to promote. Oscar and I had a relationship where I can feed him stuff, and he could expound on that in Spanish and English. Oscar is a great communicator. 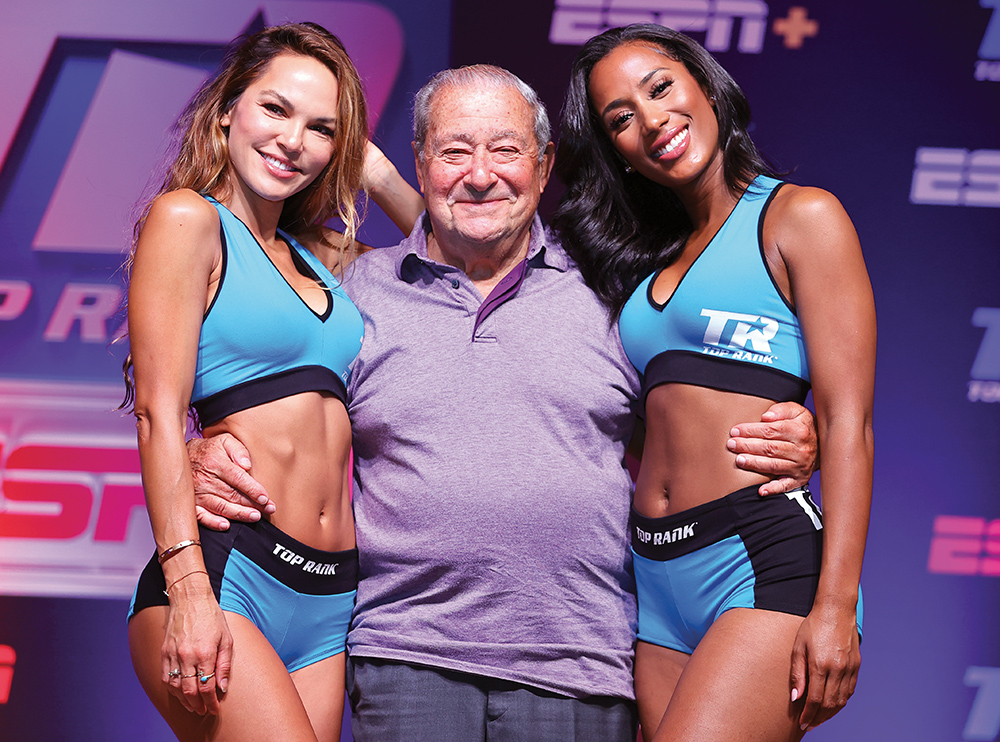 Floyd was stubborn to a large extent, but he was relatively easy to promote. Where Floyd and I disconnected is I was an older guy who was well-connected to the African American community. But I hadn’t realized that the community had changed, because it was a different generation. Floyd did realize the community had changed. Floyd knew how to reach them and he had urged me to do this and that; I didn’t follow it, because I didn’t understand. It turned out he was right and I was wrong. It happens. But I never had any problem with Floyd.

TR: What do you think is your greatest accomplishment?

BA: I think our deal with ESPN, when ESPN was just getting started. I promoted Ali; I promoted Hagler and Leonard. Anyone could have promoted those guys. The ESPN Top Rank series ran for 15 years. To do a show like that, on a network at the time that was so small, and we ran that weekly show for 15 years without a scandal. It wasn’t dependent on one particular fighter. The series created stars and I think that ESPN series was my greatest accomplishment. People look at me strangely when I say that, but I really do feel that way.

TR: What would you say was your biggest mistake in boxing?

BA: I have so many. (laughs) But when we signed Vasiliy Lomachenko, we didn’t want to sign [former unified cruiserweight champion and current IBF/WBA/WBO heavyweight titlist] Oleksandr Usyk, because cruiserweights made nothing in the U.S. I didn’t realize what a great person and great personality Usyk is, which I regret. You make mistakes, but you always make mistakes.

I remember when we had Terence Crawford way down on our undercards, and I remember we started moving him up, and you see what’s happened.

One thing I regret is how we lost a big share of the new young, white generation of boxing fans. And I don’t know how or why. Boxing is very strong. We’re especially very strong in boxing with the African American and Hispanic communities. We lost that young, white audience and we have to get it back. 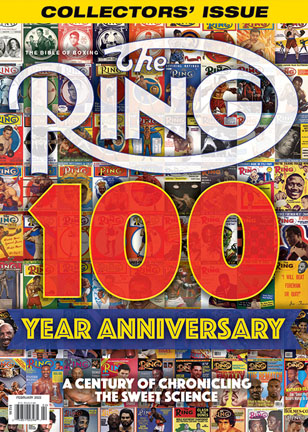 Standing on the shoulders of miracle workers

Letters From the Editors: My Place in the Lineage

A point guard's position in The Ring's 100-year history

To Be the Best: Introduction

The all-time top 100 fighters who personified the phrase 'To best the best, you have to beat the best'

The best of the rest

Letters From the Editors: The Hitman Cover

A Century of Champions

Tyson Fury looks back on the heavyweight line of succession

The ecstasy and agony of marriage to a boxing magazine

Boxing Through the Decades: Part 1

The early 20th century through the Depression Era

Boxing Through the Decades: Part 2

The Golden Age through the Sensational Seventies

Boxing Through the Decades: Part 3

The Expansive Eighties through the Social Media Age

Letters From the Editors: A Lasting Impression

A childhood passion that became a career

Life in the Top Ranks

The artists behind some of The Ring's classic covers

Birthday wishes from the boxing world

Standing on the shoulders of miracle workers

The pages that bind