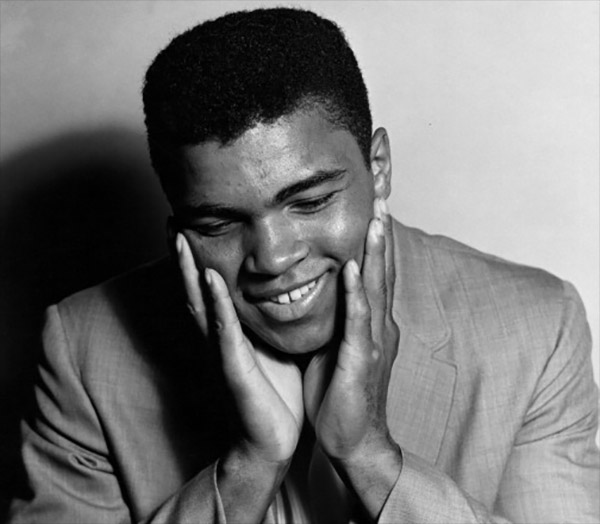 MUHAMMAD ALI AND THE ELEPHANT

FURTHER EVIDENCE THAT ‘THE GREATEST’ LIVED A HIGHLY UNUSUAL LIFE

For starters, this-couldn’t-possibly-be-happening moments were common. Like the time Ali walked out of his home in Berrien Springs, Michigan, and found a real, live, enormous, honest-to-goodness elephant in the backyard.

That doesn’t happen to most people. But it happened to Ali. Let me explain.

When I was researching and writing “Muhammad Ali: His Life and Times” almost 30 years ago, the Alis lived on an 88-acre farm in Berrien Springs. Half of their property was leased to a flower nursery. The other half, which the nursery operators maintained for the Alis, included a comfortable house and nicely kept grounds.

I traveled to Berrien Springs on numerous occasions while I was working on the book. One of these trips coincided with Bill Burke having some fun.

Burke was a longtime player in Los Angeles politics and, in the late 1980s and 1990s, president of the Los Angeles Marathon. He was also friends with Ali’s closest friend, Howard Bingham.

Lonnie Ali was outside when the elephant arrived.

“I remember that a moving truck brought the elephant,” Lonnie reminisced when we compared memories recently. “And I kept saying, I didn’t order any furniture so why was a big moving truck coming through the gates.”

Then an elephant emerged from the truck with its keeper. Lonnie went into the house and told Muhammad, “I think you better come outside.”

Actually, the elephant wasn’t Muhammad’s to keep. After an hour, the keeper loaded it back onto the truck and off they went. Meanwhile, Ali was surprised that an elephant was in his backyard, although not as surprised as the average person might be. He asked if he could pat the elephant, and the keeper said yes. Then the keeper offered Ali the opportunity to climb on top of the elephant and go for a ride, but Muhammad declined. As did I.

It’s also worth noting that, at dinner that night, Ali observed, “It’s a good thing they didn’t send a lion. It might have eaten the dog.”

“Chuck” is the latest in a string of recent biopics about professional boxers. “Once upon a time,” it begins, “I was the heavyweight champion of New Jersey. Hoboken had Sinatra. Bayonne had Chuck Wepner.”

“Chuck” focuses on Wepner’s 15th-round knockout loss to Muhammad Ali, the “Rocky” franchise that grew out of his inspirational effort that night and the then-sordid underside of Wepner’s character. Among other transgressions, the highlighted character flaws include profligate womanizing and a love affair with cocaine that led to a 26-month stint in prison for cocaine distribution. It’s an unvarnished, warts-and-all portrait of Wepner.

“Raging Bull” set the standard to which all boxing biopics (and many other films) aspire. Years ago, Vikki LaMotta told me about sitting next to Jake at the premiere of “Raging Bull” in New York.

“When the movie ended,” Vikki recounted, “the audience seemed stunned. Jake was sitting directly beside me. For a long time, he was silent.”

“I don’t know,” he said finally. “I could see this movie 10 times and not know what to think. DeNiro is great. He’s really me. But I see that man on screen. I know I’ve done all those things, and I don’t like that person. He’s a bad man, and I know it’s me.”

So how does the real-life Chuck Wepner feel about Liev Schreiber’s portrayal of him in “Chuck?”

“I know it’s not complimentary,” Wepner acknowledged last month. “But it doesn’t bother me. I wasn’t always good. There were times when I was bad. It’s who I was.

“This whole experience has been very gratifying for me,” Wepner continued. “It’s a major movie with two of the biggest stars in the world. It’s a good movie, and I have a piece of it, so I’ll make some money. And as far as me as a fighter, I know I wasn’t great. I was a tough guy who could take a punch. That’s what the movie shows me to be.”

The fight scenes in “Chuck” are reasonably realistic, which is more than can be said of the fight scenes in many boxing movies today. At one point in the film, Linda says to Chuck, “There’s more to you than meets the eye, Chuck Wepner. Not much. But enough.”

The same can be said of this movie. It’s an enjoyable ride.

Years ago, Schaefer took his two sons to Party City to buy them costumes for Halloween. There were costumes of heroes like Superman and Batman, monsters like Frankenstein. And nestled among them, Don King.

“I don’t know if Don was supposed to be a hero or a scary monster,” Schaefer said. “But it brought a smile to my face. There was a Don King wig, an American flag and some plastic bling. My boys chose other costumes. And I bought a Don King costume for myself.

“When I put it on,” Schaefer noted in closing, “am I a superhero or a super-villain? You can make an argument for both.”

Michael Buffer readily acknowledges that a lot of people helped him get to where he is in boxing today. One of them was a man named Jody Berry.

Berry was born in Kentucky in 1936 and was a successful amateur boxer in the pre-Cassius Clay era. Then he embarked upon a career as a nightclub singer, the highlight of which was opening on occasion for Ella Fitzgerald.

Buffer met Berry after working a fight for Dan Goossen in the 1980s at the Reseda Country Club in California.

“What do you mean?” Buffer asked.

“People want to react,” Berry explained. “Give them time to voice their enthusiasm.”

“So I tried it,” Buffer said. “And you know the rest. It’s interesting how you can be doing something that’s working well, and then you get a little tip on how to make it better, and there it goes. Jody died of cancer about 10 years ago. I’ll always be indebted to him.”

And another Don King memory …

Over the years, Roy Langbord has been involved in the acquisition of fights by multiple television networks and counseled a wide range of boxing luminaries. Recently, Langbord was reminiscing about a dinner he shared with Don King at Piero’s Italian Cuisine in Las Vegas years ago.

“When I got to the restaurant,” Roy recalled, “Don was sitting at a table with two women he’d just met. They gave every appearance of being hookers. One of them was in her late 30s or early 40s. The other was in her 20s. The older woman was acting as a sort of a pimp. She kept talking about the charms of the younger woman and saying things like, ‘She can make you feel so good. The two of you could have so much fun together.’

“Don kept agreeing with what the older woman said,” Langbord continued. “He seemed interested. It was an expensive dinner. Don paid the bill and tipped generously, as he always does.”

“Don told his driver to take the women wherever they wanted to go and went back to his hotel alone. I asked why he’d spent so much time with them if he wasn’t interested, and Don told me, ‘Sometimes, I just like to watch a good hustler do their job.’”

Thomas Hauser can be reached by email at [email protected] His most recent book – “A Hard World: An Inside Look at Another Year in Boxing” – was published by the University of Arkansas Press. In 2004, the Boxing Writers Association of America honored Hauser with the Nat Fleischer Award for career excellence in boxing journalism. 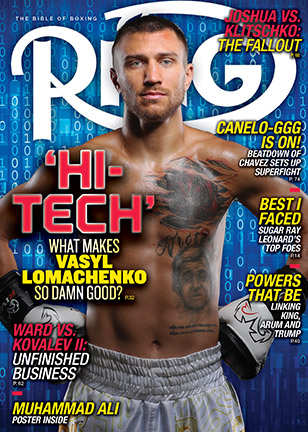 If you think the hype around Vasyl Lomachenko is real, don't miss a moment

President Trump's style is recognizable to those familiar with Don King

Floyd Mayweather Jr. vs. Conor McGregor is only the latest in a notorious line of 'fights'

Anthony Joshua became the heavyweight boss with his electrfying win

Time to Settle This

Wlad might've lost the fight, but at least his head is still attached

Your monthly reminder that you will never be Muhammad Ali

Another Joe Walcott reigned long before 'Jersey' was even born

Day-before weigh-ins are getting ridiculous (and dangerous)

Adrien Broner adds another mugshot to his daunting collection

Recent moves and the current state of THE RING's divisional rankings

An unprecedented wave of talent is about to change women's boxing

Anthony Joshua is nothing short of a sensation in the U.K.

A look back at some significant fights in the past month

Eddie Perkins was the definition of 'Road Warrior'

Get connected to the boxing world