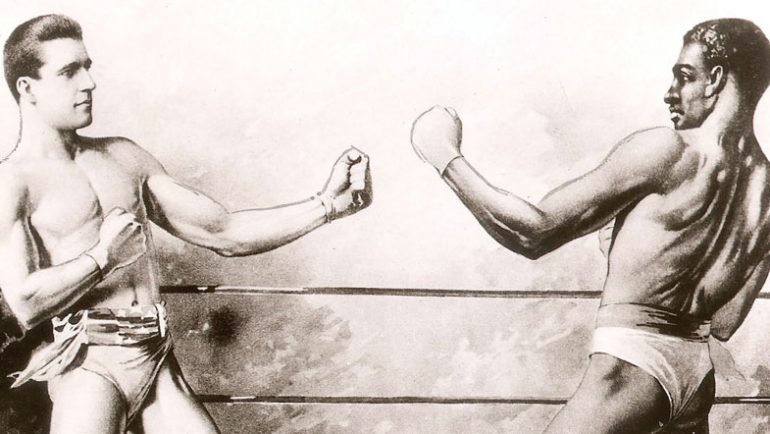 Some people believe the heavyweight fight between James J. Corbett (left) and Peter Jackson on May 21, 1891, depicted in this vintage drawing, marked the beginning of the modern boxing era. The sport, identified closely with brawny John L. Sullivan, was crude and terribly brutal up until that time. Corbett and Jackson were practitioners of the sweet science – excellent, well-conditioned boxers who could outthink you as well as outfight you. Corbett, 24 at the time, was an underdog and considerably lighter than his Australian opponent when they stepped into the ring at the California Athletic Club in San Francisco but held his own over 61 taxing and inconclusive rounds, as neither fighter could gain an advantage. Referee Hiram Cook recognized the futility and stopped the fight, saying, “It is evident that this contest is unsatisfactory to the members of this club and I declare it no contest.” Corbett didn’t leave empty-handed, though. He underscored against Jackson that he was a legitimate threat to the reigning champ, Sullivan. The following year, Corbett would stop the great John L. in 21 rounds to become the new champion.