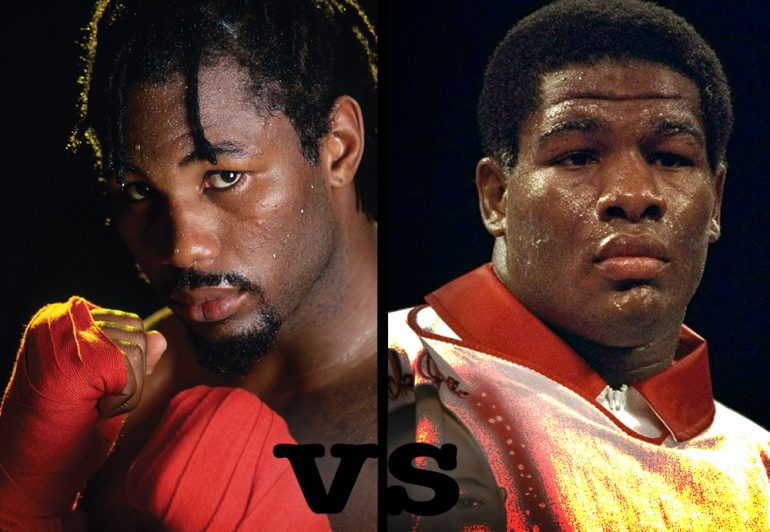 THREE EXPERTS – A FIGHTER, A TRAINER AND A MEDIA MEMBER – TELL YOU HOW A MYTHICAL MATCHUP WOULD PLAY OUT

One of the finest heavyweight championship fights never to happen, this rerun of the 1988 Olympic super heavyweight final looked like a natural.

Lennox Lewis crushed Riddick Bowe in two rounds in Seoul to claim gold, and a potent rivalry was born. Surely they would hook up as professionals in a bid to secure their legacies and rake in millions? If only everything in boxing were that easy.

In November 1992, an unbeaten Bowe scored a 12-round unanimous decision over Evander Holyfield in one of the best heavyweight championship fights ever. The Brooklyn native was now the hottest property in the sport but, ironically, it was all downhill from there.

Rather than face Lewis, who was the WBC’s No. 1 challenger, Bowe literally dropped that organization’s belt in the trash. He fought twice (against undeserving challengers Michael Dokes and Jesse Ferguson) before losing the IBF and WBA titles (along with “lineal champion” status) to Holyfield in November 1993 and, despite winning a non-title bout decider, Bowe ate himself out of what could have been a glorious career.

Lewis was Bowe’s complete antithesis. The colossal boxer-puncher picked up his rival’s vacant belt, remained committed, steadily improved and overcame adversity. His shock defeat to Oliver McCall in September 1994 led to a link-up with acclaimed trainer Emanuel Steward, and the hard-hitting Londoner never looked back.

By the time Lewis unified the division by outpointing Holyfield in November 1999, Bowe was three years removed from world level and his time was up. Unfortunately, a multimillion-dollar superfight between two modern-day heavyweights was confined to fantasy.

But what if Lewis and Bowe had met when both men were at their best, on April 1, 1996?  Three experts offer their opinions:

*Tale of the Tape stats are for a hypothetical fight in early April 1996, which would have been Lewis’ fourth fight with trainer Emanuel Steward.

Our guest editor's view from the mountaintop

Devil in the Details

All that stands in the way of Joshua-Wilder now is money. Everything, in other words.

To Deontay, or Not to Deontay

After an unthrilling victory over Joseph Parker, is AJ ready for Wilder?

Setting aside the Canelo-GGG fixation ... for now

The case for AJ

Let us all give thanks for elastin

Fighter of the Month and more

A famous name is re-emerging from Down Under

Cut the damn ring off

Wait, there are heavyweights not named Joshua or Wilder?

Movers and shakers in the RING ratings

Bells are ringing around the globe