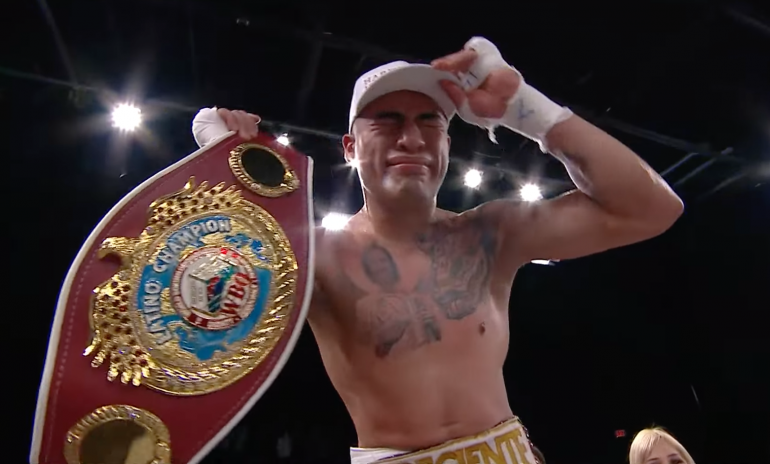 Two judges scored the fight close in favor of the Mexico-born Saracho (13-1, 11 knockouts), while the third had it much wider at 98-92.

Saracho, who has now won three straight since his lone defeat, a ninth round stoppage to Deonte Brown nearly a year ago, was the more aggressive of the two in the middle rounds, building up enough of a lead to stave off Francis’ strong tenth round.

The much taller Francis, who entered the fight rated no. 8 by the WBO at 140 pounds, looked to be too strong for the southpaw Saracho early on, hurting him with a right uppercut to the body.

As Francis looked to finish the fight with one punch, Saracho increased his work rate, pressing forward with combinations. The gravity of the situation became clear in round 8, when Saracho stepped on the gas and backed Francis to the ropes, landing straight lefts that bloodied Francis’ mouth.

With Francis’ trainer Francisco Guzman Jr. imploring him to work, “The Rainman” answered in the tenth, bouncing on his toes and landing straight right hands from range for the first time since the early rounds. The rally wasn’t enough, sending the Panama born, Brooklyn raised Francis to his first pro defeat.

In the co-main event, Oscar Alvarez won a hard-fought technical decision over Nicolas Polanco by the scores of 68-65 on two cards and 70-63 on the third. The fight was halted in the seventh of a scheduled eight rounds when the 6’3” junior lightweight was cut just above his left eye by an accidental headbutt.