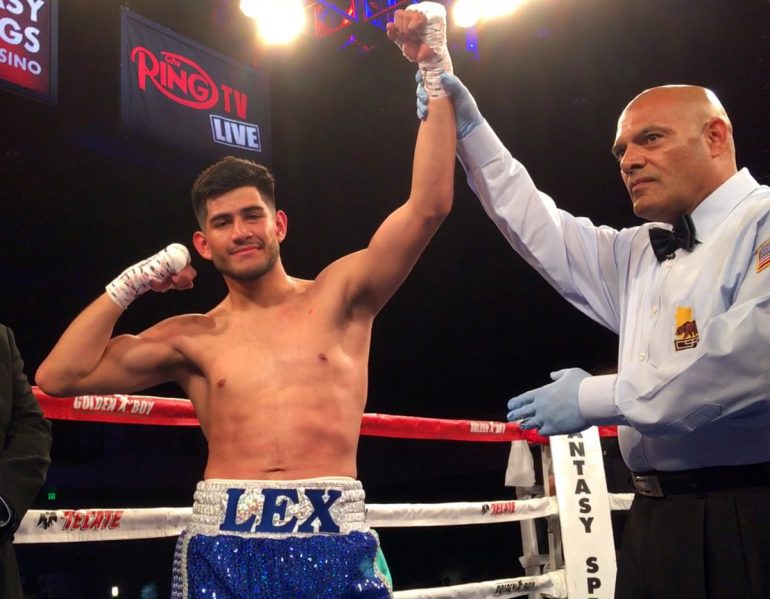 Welterweight up-and-comer Alexis Rocha will face new opponent George Ashie in the 12-round Golden Boy Promotions main event for January 28 at YouTube Theater in Inglewood, California, presented in association with Star Boxing. The originally announced opponent, Anthony Young, suffered a nose injury and can no longer participate in the fight against Rocha. Doors to the venue will open at 3:00 p.m. PST, and the worldwide broadcast on DAZN begins at 5:00 p.m. PST/ 8:00 p.m. EST.

“I recently learned of the injury that Anthony suffered in sparring,” said Rocha (21-1, 13 KOs). “To be honest, it does not matter who is standing across from me in that ring come Saturday night. The goal and the assignment remains the same: break my opponent’s will and win by stoppage. I’m ready for any fighter they put in front of me.”

Ashie (33-5-1, 25 KOs), whose nickname is the “Red Tiger,” represents Accra, Ghana. Ashie, the current IBF Continental Africa 140-pound titleholder, will present a significant challenge to Rocha as his last five fights have ended in knockouts.

“I promise the fans will see a great boxing match and that l will knock him out coldly,” said Ashie. “I do thank Alexis for giving me this opportunity. I will prove to the world on Saturday night who George is. Thank you to my team, especially Emmanuel Addo and Joe DeGuardia and Star Boxing for making this happen. I am the ‘Red Tiger’ and I rule the ring whenever I step in it.”

“It doesn’t matter what opponent is in front of Alexis, he will do whatever it takes to attain the victory,” said Chairman and CEO of Golden Boy Promotions Oscar De La Hoya. “We applaud George Ashie for taking this fight on a week’s notice – this will be a war with two fighters out to prove they’re worthy contenders in the sport.”

Tickets for Rocha vs. Ashie are on sale and can be purchased at https://www.ticketmaster.com/ and https://www.goldenboypromotions.com/.