Died on this day: Pascual Perez 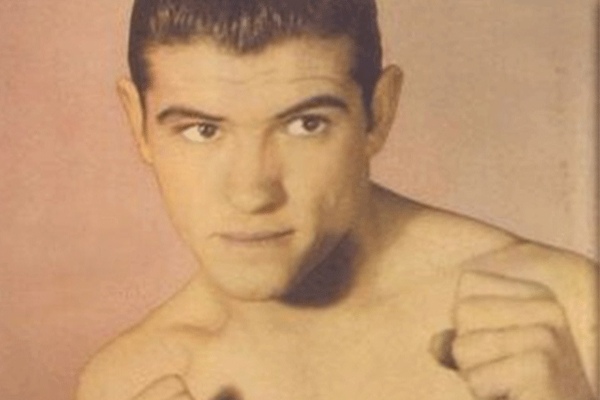 Olympic gold medalist and first world champion ever for a nation that spawned a few dozen titlists after him.  The great Pascual Perez passed away on a day like today, in 1977.

Pascual Perez was born in the boxing hotbed of Mendoza, Argentina, in May 1926 to a family of farmhands working the numerous local vineyards. The youngest of nine siblings, he began boxing at the age of 16 and was recruited to become part of the Olympic team only when the local federation agreed to pay the salary of a local farm worker to take Pascual’s place in the fields.

Only a few months later, he became national champion, and in 1948 he conquered the Olympic gold medal in London with a win over Italy’s Spartaco Bandinelli. After a failed bid to gain inclusion in the 1952 Olympic team due to a hotly disputed decision in the final elimination bout, Perez decided to turn pro and marched on to a stellar career in which he amassed a 23-0 record before taking on flyweight world champion Yoshio Shirai of Japan, who came to face him in a non-title bout in Argentina, allegedly under the condition that the fight would be declared a draw if he failed to score a convincing win.

Perez outboxed Shirai in what was ruled a draw as per their prior agreement, and was thus given a rematch in Japan with the title at stake in 1954, returning home with the belt and the glory of being Argentina’s first-ever world champion.

After retiring Shirai (who had also been Japan’s first-ever boxing champ) in the third bout among them, Perez made nine defenses of his belt, defeating the likes of Leo Espinosa, Dai Dower, Young Martin and a few others in different places around the world. He finally surrendered his belt against Thailand’s Pone Kingpetch (who thus became his own country’s first-ever titlist as well) by a split decision in Bangkok in 1960, in a fight which The Ring’s founding editor Nat Fleischer acted as one of the judges.

After losing the rematch to Kingpetch in Los Angeles’ Olympic Auditorium, Perez fought on for four more years, spurred on by financial difficulties and heartbroken by his divorce and subsequent estrangement from his children. He retired in 1964 with a record of 84-7-1, with 57 knockouts.

A diminutive, five-feet tall man who never weighed much more than 105 pounds for his 112-pound title bouts, Perez possessed a demolishing two-fisted attack and an unstoppable mobility around the ring, and was stopped only three times in a 12-year career (with his last two bouts being two of those stoppage losses). He is considered one of the best flyweights of all time.

In his later years, he was seen around Buenos Aires performing menial jobs or asking old friends for handouts for many years after his boxing career was over, and he managed to hold a steady job as a public employee for a few years as well.

Beset by debts and bad habits, Perez died of complications from liver and kidney failure on January 22, 1977. His funeral took place in the legendary Luna Park Stadium that he had inaugurated in his first bout against Shirai, and his burial had to be delayed a few hours until some of the family members were able to collect enough money to pay for the funerary expenses.

He was inducted into the International Boxing Hall of Fame in 1995.