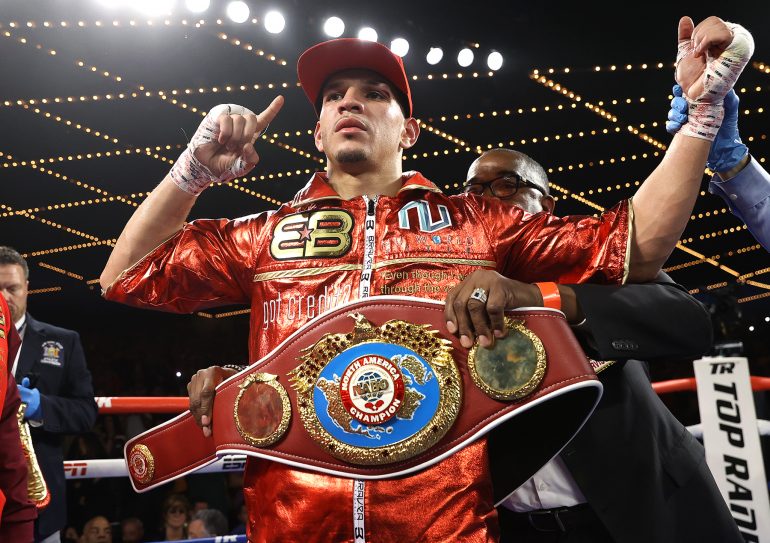 Super middleweight contender Edgar Berlanga is now a promotional free agent after reaching an agreement with Top Rank on a release.

The 25-year-old Brooklyn, N.Y. native Berlanga (20-0, 16 knockouts) had fought his last 11 bouts as part of the Top Rank roster, including main events on ESPN cards in his last two bouts against Steve Rolls and Roamer Alexis Angulo. But while his first 16 fights had ended in first round knockouts, he had failed to demonstrate that same explosive power in his last four bouts, going the distance in bouts where his competition level had been raised.

Berlanga last fought in June against Angulo, winning a lackluster ten round decision and being handed a $10,000 fine and a six month suspension from the New York State Athletic Commission for biting his opponent.

Berlanga thanked Top Rank and ESPN in a statement to the network, saying he will await word from his manager, Keith Connolly, about what his next move will be.

“I’ve sold out The Theater at The Garden. I’ve set a goal for myself to sell out the big room at MSG and throw the biggest party at The Garden that Puerto Rican fans have ever seen. I can’t wait for the future,” said Berlanga.