Liam Smith: Chris Eubank Jr. is “not a world-class middleweight” 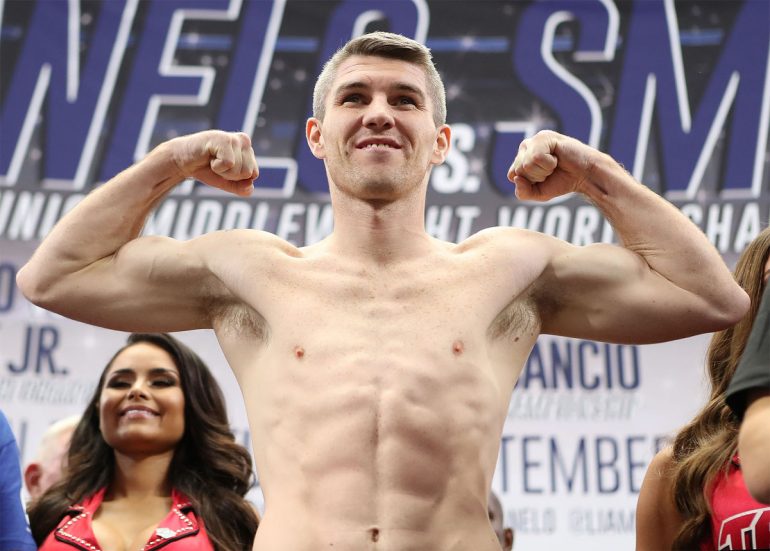 Former 154-pound titlist Liam Smith will step up to middleweight to face Chris Eubank Jr. at the Manchester Arena, Manchester on Saturday.

Smith, The Ring’s No. 7-rated junior middleweight, decided to the opportunity to face Eubank was too good to turn down.

When the 34-year-old Liverpudlian decided to switch from Matchroom at the end of his contract last year to join Boxxer and fight on the Sky Sports platform, he knew a fight with Eubank Jr. was possible.

“Sky mentioned a possible Eubank Jr. fight,” he explained. “A couple of things Sky put in the contract tipped me over the edge and sealed the deal. I thought [Eubank Jr.] could easily be made.”

That was how things worked out.

When Smith looks at Eubank he doesn’t feel his opponent is as good as he’s made out to be in some quarters.

Smith does believe Eubank has some have some similar traits to his famous father; however, he believes Eubank’s surname helped give him something of a leg up early in his career.

“He’s got the good genetics and good genes off his dad in the sense that his dad had a very good chin, his dad was fit and durable,” explained Smith.

“The name side has only helped him from the start. He didn’t turn pro Team GB captain; he didn’t turn pro ABA champion. He turned pro with nothing besides being Eubank’s son and his debut was on Channel 5.”

Smith, who has shared the ring with the likes of Canelo Alvarez, Jaime Munguia and Jessie Vargas, questions if Eubank has the killer instinct after his most recent fight.

“He dropped Liam Williams four times and didn’t get him out of there,” he said of Eubank’s wide points decision over Williams last February. “I don’t know if he can do the rounds anymore as good as he used to because if I dropped someone four times in a fight, I’d bet every penny I own they don’t see the final bell.”

Smith has spent the holidays diligently working toward the fight under the watchful eye of Joe McNally and Declan O’Rourke in his hometown of Liverpool and has been joined by reigning Ring/WBO junior welterweight champion Josh Taylor.

“Josh is a class fighter, it’s good having another world class fighter in the gym and good to be around,” he said of his new gymmate. “It brought more eyes to the gym. That’s more a credit to Joe and Declan rather than myself, and they’re getting the publicity and rewards they deserve. It’s good to have good have good fighters to bounce off in the gym.

“I knew I was going to have to have a disciplined Christmas but when I beat Chris Eubank Jr. on January 21st I’ll reap the rewards of being disciplined over Christmas.”

Eubank Jr. (32-2, 23 KOs), The Ring’s No. 5-rated middleweight, learned on the job as a pro before narrowly dropping a decision to the more experienced Billy Joe Saunders (UD 12). He stepped up to 168 pounds and bested Arthur Abraham (UD 12) and Avni Yildirim (KO 3) before dropping a decision to George Groves (UD 12) in the semifinals of the World Boxing Super Series tournament.

The 33-year-old bounced back with a win over James DeGale (UD 12) and has since dropped back down to 160 pounds. Most recently, he floored Liam Williams four times en route to a wide 12-round unanimous decision.