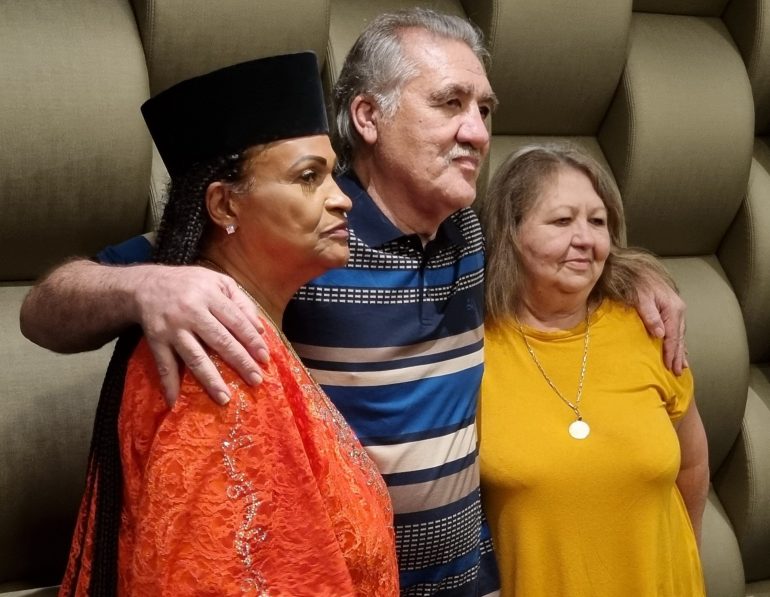 Long before Canelo Alvarez and Anthony Joshua were filling stadiums, there was fighter in South Africa who could do the same.

His name was Gerrie Coetzee, the former WBA heavyweight champion of the world who passed away yesterday from cancer at the age of 67. His death and illness caught most by surprise which is perhaps to be expected. In his later years Coetzee kept a low profile and did not seem particularly fond of the limelight.

Most former fighters like to reminisce about their careers. It is usually not very difficult to get them on the phone or to sit down in front of a camera. To this writer, Coetzee, in that sense, was somewhat of an enigma. He was always polite on the phone but he either was not around or referred you to his wife, Rina. He came across as a soft spoken, almost shy person who had his fill of the bright lights.

To understand that last part, you had to be around in the early eighties, when he reached the pinnacle of his career. Coetzee was a big man but more so, he was a huge deal in the eyes of the South African public at the time, more so than any other fighter before or after him. He had a meteoric rise and more importantly, he had the right opponents. It made for exciting local rivalries that grabbed the public imagination from the get-go.

There was a foul infested brawl with Mike Schutte in 1976 that included elbows, head butts and even a kick, where he prevailed by disqualification. That was followed by a razor thin decision win over amateur rival, Kallie Knoetze, who himself would later become a contender for world honors.

It was during a rematch with Schutte the following year that another opponent would surface. Coetzee boxed well over 12 rounds, winning a clear decision in defense of his national title. However, he broke both his hands during the fight. Those most important tools would plague him for the rest of his career. Steel pins were inserted in his right hand, which ended up markedly bigger than his left, requiring a special glove.

Besides hand trouble, there was also political pressure outside the ring. South Africa was at the height of Apartheid and Coetzee was a vocal opponent of the racist policies of his county, even adopting an orphaned black boy. He was often harassed by the local authorities and when fighting overseas, he had to contend with anti-Apartheid protests, effectively getting it from both sides of the divide. He was even smuggled into the venue for one of his U.S. fights in the back of a delivery truck.

After the retirement of Muhammad Ali, the WBA title became vacant in 1979 and two elimination bouts were ordered. Old rival, Knoetze, faced John Tate in June of that year but was stopped in eight rounds adding pressure for Coetzee to succeed in the other eliminator. That fight took place weeks later against former champion, Leon Spinks in Monaco.

Coetzee spectacularly bludgeoned Spinks to defeat inside of a round. The fight was broadcast live in South Africa in the early hours of the morning. It turned out that half the country was still making themselves a cup of coffee, waking up for the fight, not expecting such a quick win. Over the years numerous stories of “We were just getting the coffee and the fight was over by the time we sat down” surfaced from all corners of the population, growing into an urban legend of sorts.

The Spinks fight may have been quick, but Coetzee’s road to the WBA title would be long and winding. His first crack came on home turf at Loftus Versfeld Stadium in Pretoria. A massive, recorded crowd of 83 000 filled the stadium but South African boxing insider and former sparring partner, Jeff Ellis, who was there, is convinced there were even more people. “People just kept coming. Eventually they could not keep them out and everyone just piled in. I think it was closer to 90,000.” In the end, the huge crowd couldn’t help him, and Coetzee dropped a 15-round decision.

He got another shot in 1980 against Mike Weaver. He had Weaver in trouble in the eighth but faded and was knocked out in the 13th round at the Sun City Superbowl.

Thereafter he went 4-1-1, often fighting in the U.S. A family man and animal lover, he often travelled with an entourage consisting of his wife and parents, as well as his dog, a Cocker Spaniel named Wendy.

Still, after failing twice before, it was no surprise that he was not given much of a chance when his third title shot materialized in 1983.

I was just nine years old at the time when Coetzee finally won the title with a tenth-round knockout of Michael Dokes at the Richmond Coliseum in Ohio, but I remember it like yesterday. That fight, which was The Ring’s “Upset of the Year,” was rebroadcast again and again in South Africa.  On every TV in an appliance shop window, in every home you visited, there it was, Gerrie sending Dokes to the canvas with his “Bionic Right.” For a while, it was all people talked about and boxing eclipsed both rugby and soccer in the public interest.

Of course, the euphoria did not last. Coetzee lost the WBA belt to Greg Page a year later, getting knocked out in an eighth round that ran a minute over the time limit.

On the undercard that night was future WBA and IBF junior lightweight champion Brian Mitchell. “All of us up and coming fighters looked up to Gerrie Coetzee. He was the man. I considered it a great honor to be fighting on his undercard,” said Mitchell.

“I never knew him when he was still fighting. The press at the time sometimes portrayed him as this arrogant heavyweight so I thought the same. I only got to know him much later when we were both retired. He was not like that at all. He was a really nice, quiet, humble, placid man. He was a really good human being outside the ring. His victory over Dokes, along with Corrie Sanders beating Wladimir Klitschko was definitely the two best wins by a South African heavyweight.”

Coetzee’s final tally was 33-6-1 with 21 knockouts. He fought eight world titleholders during his career.

“I think Gerrie was our best heavyweight. Corrie (Sanders) was great too, but Gerrie fought them all,” opined Jeff Ellis.

He spent some time in the sport as a trainer and promoter before drifting out of the public eye.

“He will be missed by all South Africans for his stellar performance in the ring and his contribution to the sport outside the ring,” said former lightweight and super middleweight world champion, Dingaan Thobela, whom he once promoted.

I finally got to meet him in person, almost exactly a year ago, at a press conference to announce the production of a movie about his life entitled “Against all Odds”, which is yet to see completion. He was the same in person as he was over the phone. Polite and modest to a fault, replying, “No, the honor is mine,” when I told him that it was a thrill to finally meet him. With him was his wife, Rina, his daughter, and grandchildren but no dog this time.

The second wife of Muhammad Ali, Dr. Khalilah Camacho Ali was also there for support. During his career, he struck up a friendship with Ali and he talked fondly about The Greatest. “Ali was a tremendous fighter inside the ring, but where he was really ‘The Greatest’ was outside the ring. He had a way with people. He could make you feel great or make you feel terrible in an instant. I was in Las Vegas and got invited to his hotel room. I stood there and then he came into the room. He held up his hand and said, ‘Hit my hand.’ I knew he was going to do some sort of trick and when I hit his hand, he pulled it away and said, ‘No, you’re too slow to be a boxer.’”

I did get to talk some, but not nearly enough, boxing with him. John Tate was the best boxer he faced. Mike Weaver hit the hardest. And no one would have beaten him on his greatest night against Dokes. I had to agree.

Gerrie Coetzee will be sorely missed. He was not only a part of many of my generation’s childhood. He represented a golden era of South African boxing when fans filled outdoor stadiums to see their heroes ply their trade. That era is sadly now long gone.

May the “Boksburg Bomber” rest in peace. He will live on in our memories.