2022 Prospect of the Year: Keyshawn Davis 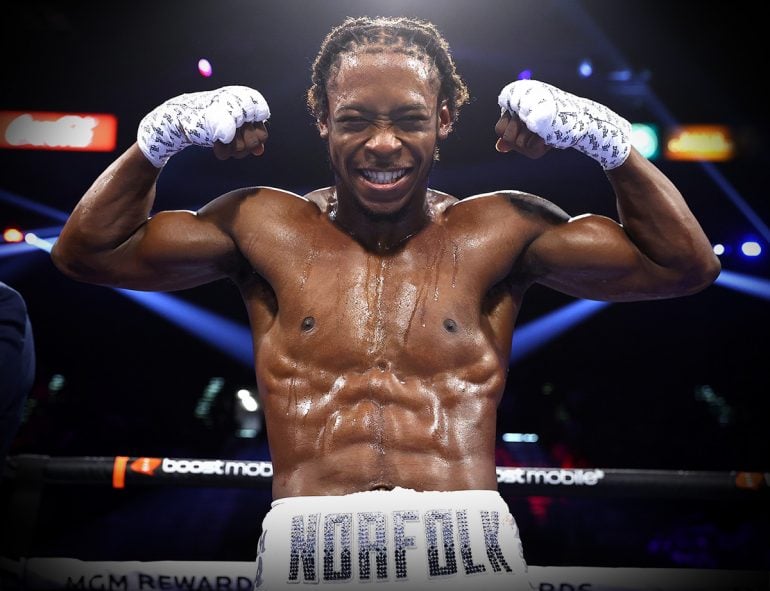 At the end of 2021, just four fights into his pro career, lightweight prospect Keyshawn Davis was living in the shadows of his more celebrated friends, pound-for-pound star Terence Crawford and two-weight titleholder Shakur Stevenson. In 2022, Davis stepped into the light by winning all three of his fights without so much as losing a round.

Davis was so superior against his final opponent of 2021 that his promoter, Top Rank, took things to the next level in his next fight, matching him up against the more experienced Esteban Sanchez (18-1 at the time) on the undercard of Stevenson-Oscar Valdez in April.

“[Keyshawn] captures his foes and tortures them mentally to the point of submission. Then he knocks them out.”
– Tim Bradley

Davis shined again, showcasing his catlike reflexes and ability to dissect opponents with surgical precision while hammering them with effective power shots. The 23-year-old boxer-puncher took Sanchez apart and bludgeoned the tough Mexican into defeat in six one-sided rounds.

Illness would keep the Norfolk, Virginia native out of the ring until September, but Davis re-appeared on another Stevenson undercard and became the first in nearly a decade to stop the durable Omar Tienda (25-5 going into the fight); Davis dismantled him with ease in five rounds.

Davis closed out the year in similar fashion against battle-hardened Juan Carlos Burgos (now 35-6-3, 21 KOs) in a televised fight on the Teofimo Lopez-Sandor Martin undercard at Madison Square Garden in early December. The three-time world title challenger from Mexico was defeated in an eight-round shutout. 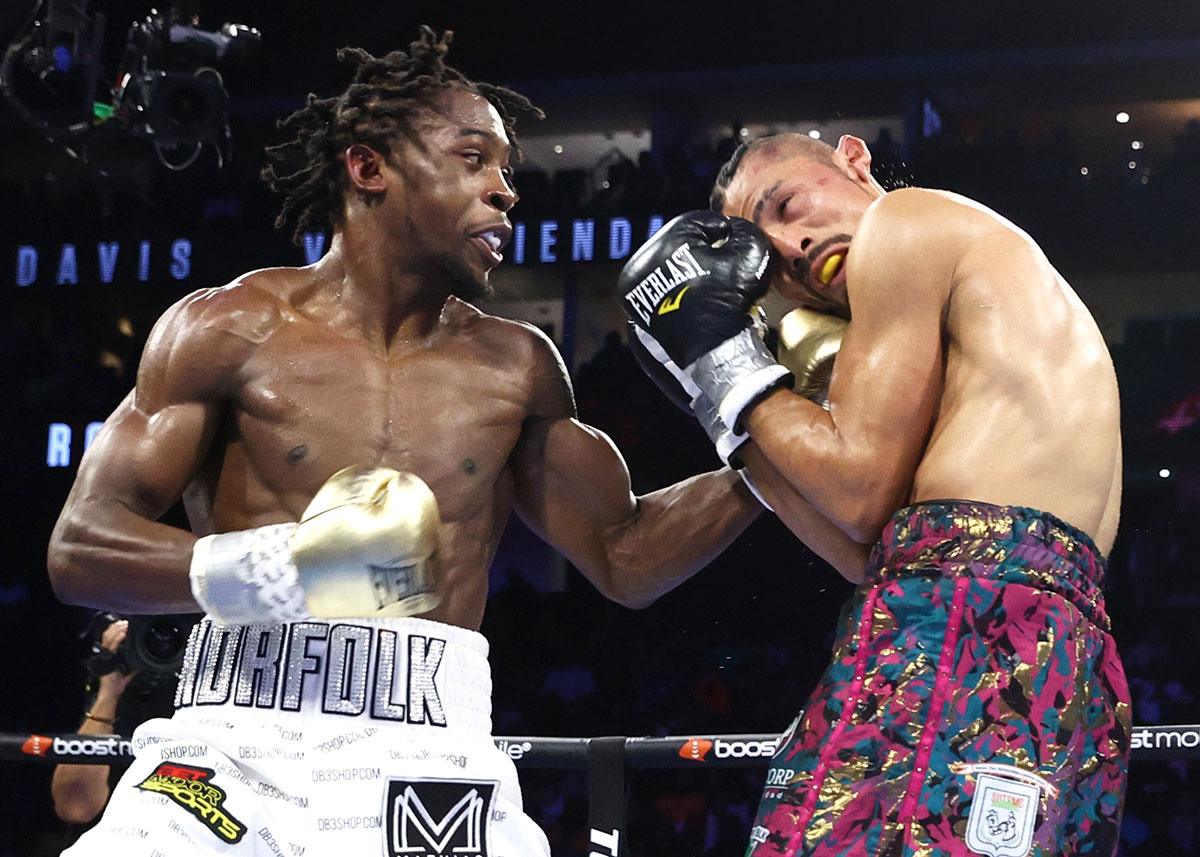 It’s not just the level of quality that Davis (7-0, 5 knockouts) is beating at this stage of his career; it’s the manner in which he is doing so.

Ring Magazine Editor-In-Chief Doug Fischer has been suitably impressed with how Davis went about his work in his final outing of the year.

“Eight rounds of target practice from the immensely talented Keyshawn Davis,” Fischer Tweeted immediately after the Burgos fight. “He dominated a veteran who is seldom shut out.

“I think he’s the best prospect in the game right now, and he’s gone quality rounds with solid fighters in all three of his bouts in 2022.”

Davis’ journey into boxing began when he was 9 years old.

“Me and my brother (fellow prospect Kelvin) were playing a lot of sports. We were athletic and we were the best at everything we did,” he explained. “There was a boxing gym literally up the street that we could walk to, and our mother asked us if we wanted to box, and of course we told her, ‘Yes.’ We went to the gym that first day, we sat down and watched, and then the next day we were boxing and never stopped.”

Davis went on to dominate domestically, claiming a slew of amateur titles. He represented the U.S. at the 2019 World Championships and 2020 Olympics. He claimed silver in both events, losing in the finals to Cuban nemesis Andy Cruz.

“You can never be happy with a loss,” said Davis, who said he had over 200 amateur fights. “I feel like every fight in the Olympics was a fight that put me on the map and made people want to watch me the next time. The Olympics was just a great experience in general.”

In addition to the knowledge he has gained from his gym mates, Davis has benefited from invaluable early tutoring that he received from the late, great Pernell Whitaker.

“‘Sweet Pea’ used to coach me when I didn’t have a coach,” Davis recalled. “Pernell means a lot to me, coming out of Norfolk. He’s a legend in Norfolk. He’s definitely somebody I look up to.

“I got a lot of experience sparring Terence Crawford and Shakur Stevenson. They’re big brothers to me. I look up to them and watch how their journey unfolds and watch how they go about the media, how they train when there’s not a fight coming up. I look at everything they do and try to match it or even outdo them.”

Recent International Boxing Hall of Fame inductee Tim Bradley, who now serves as a commentator for ESPN, has witnessed Davis’ growth and is quite graphic in his admiration for the rising lightweight.

“Keyshawn Davis is a serial killer,” said Bradley. “He approaches every fight the same way. He captures his foes and tortures them mentally to the point of submission. Then he knocks them out.

Davis himself is more critical but hints that there is much more to come.