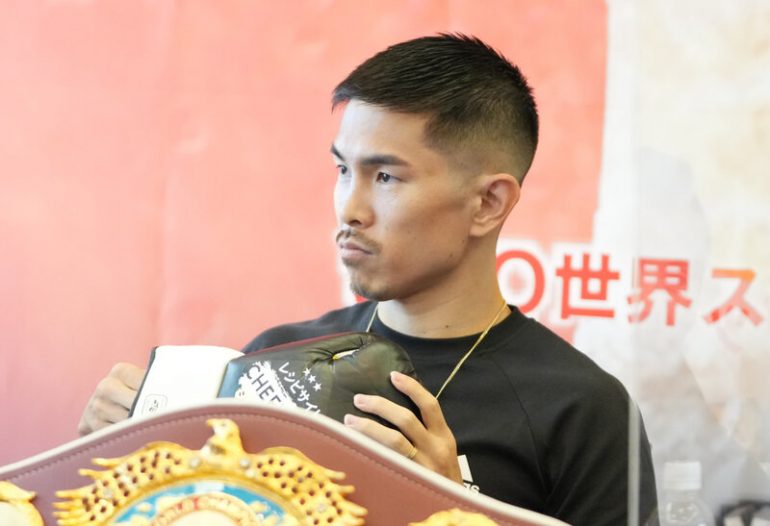 The parties have 30 days, from Monday (January 9), to reach an agreement before a purse bid takes place. If an agreement is not finalized, the minimum bid to promote the fight is $100,000.

Ioka is promoted by Yusuke Ninomiya and Nakatani is represented by longtime promoter Akihiko Honda of Teiken Promotions.

Ioka (29-2-1, 15 knockouts) last fought on December 31 in his hometown of Tokyo, Japan, fighting to a majority decision draw in a world unification fight against WBA world titleholder Joshua Franco. The fight was a clash between fighters ranked in the top 10 by The Ring. Ioka and Franco are ranked No. 2 and 3, respectively.

The 33-year-old has made six defenses of the WBO world title belt. Since winning the WBO title from Aston Palicte in June 2019, Ioka has defeated the likes of Kosei Tanaka, Francisco Rodriguez, Jr. and Donnie Nietes.

Ioka has also won a world title belt at 112 pounds.

Nakatani (24-0, 18 KOs), who resides in Sagamihara, made his debut at 115 pounds in his last fight on November 1, defeating Rodriguez by unanimous decision.

The 25-year-old won the WBO world flyweight title in November 2020, knocking out Giemel Magrano. He would make two successive defenses, both against Angel Acosta and Ryota Yamaguchi, before deciding to move up in weight to 115 pounds, where he is ranked No. 7 by The Ring.

The WBO does have a mandate that allows a world titleholder to become a mandatory challenger after deciding to move up in weight. Nakatani decided to relinquish the WBO world flyweight title, which is vacant, but will be up for grabs on April 8 when Jesse Rodriguez will square off against Cristian Gonzalez.