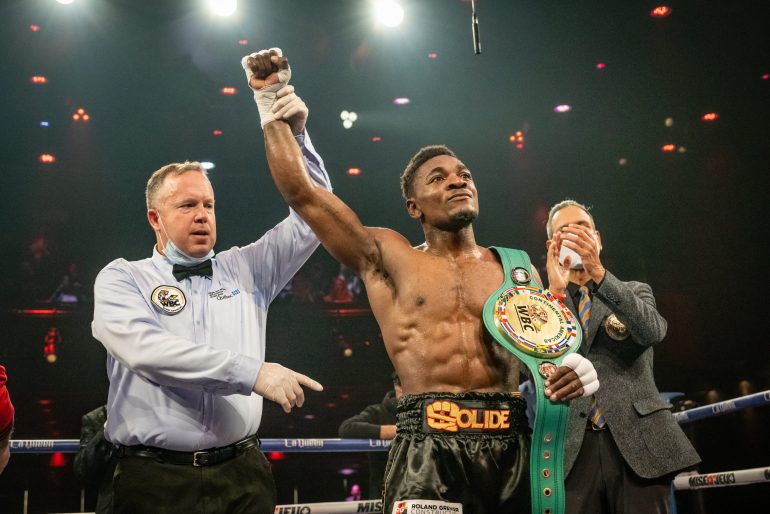 The 12-round bout will likely take place in the Montreal, Canada area, where Eye of the Tiger Management, which is run by Estephan, is based.

Mbilli (23-0, 20 knockouts), who is originally from Cameroon and now resides in Pornic, France, is ranked No. 5 by The Ring. He last fought on December 17, defeating gatekeeper Vaughn Alexander by unanimous decision. The victory over Alexander took place over three months after Mbilli knocked out DeAndre Ware in the second round.

The 27-year-old notched one of the most devastating stoppages of 2022 on March 26, scoring a highlight-reel, one-punch knockout win over former world title challenger Nadjib Mohammedi. Mbilli also has dominating wins over Ronald Ellis and Jesus Gutierrez.

At their convention in October, the WBC ordered Mbilli to face Ali Akhmedov in a world title elimination bout this year. No word if the WBC will allow the fight between Mbilli and Gongora to still be a WBC elimination bout, although both are ranked amongst the top 10 in their sanctioning body.

Gongora (21-1, 16 KOs) last fought on August 13, stopping Oscar Riojas in the fourth round. In his previous fight in December 2021, Gongora lost by split-decision to Lerrone Richards.

The 33-year-old, who is originally from Ecuador and now resides in Boston, Massachusetts, scored a breakthrough victory against Akhmedov in December 2020. Down on all three judges’ scorecards entering the last round, the southpaw Gongora was able to batter Akhmedov before the fight was stopped.

According to DiBella, the fight between Mbilli and Gongora is a world title eliminator.

#MbilliGongora is a LEGIT #boxing title eliminator with two top guys putting it all on the line,” DiBella posted to his Twitter account. “Credit to Mbilli and Estephan for taking this challenge.”