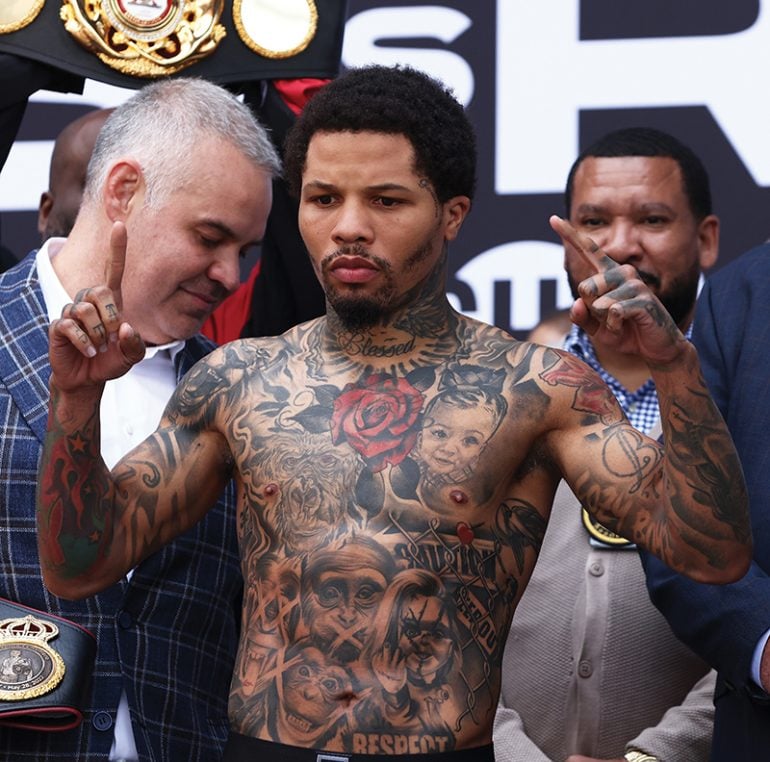 The first big boxing event of the year will be taking place this Saturday, which features a pair of contrasting southpaws, the knockout power of WBA lightweight titlist Gervonta Davis against the guile and boxing ability of Hector Luis Garcia, one of boxing’s 2022 breakout stars. The 12-round title clash will be a PBC event on Showtime Pay-Per-View (9 p.m. ET/6 p.m. PT) from the Capital One Arena in Washington, D.C.

“Gervonta Davis vs. Hector Luis Garcia is the first big boxing event of 2023 and the first of many high stakes quality matchups we’re putting together on SHOWTIME,” said Stephen Espinoza, the President, Sports & Event Programming, Showtime Networks Inc. “Davis is taking a huge risk against a fighter like [Hector Luis] Garcia. He’s one of the hottest fighters in boxing and a candidate for 2022 Fighter of the Year.

“This will be ‘Tank’s’ 13th time on SHOWTIME and fifth time on pay-per-view, and by now we know what to expect. Every time ‘Tank’ fights, he is must-see TV. He has sold out arenas in Los Angeles, Atlanta, Baltimore, and Brooklyn. His last fight in May was the most attended combat sports event at Barclays Center. If you look across boxing for fighters with these kind of attendance numbers, you can count them on one hand.

“From established veterans to some of the best young fighters in the sport, this is a fantastic card from top to bottom. Make sure you get there early, and we’ll see you there.”

On Friday at the Marriott Marque in Washington, D.C., the weigh-in took place in the Independence Ballroom.

Davis has had weight issues before. In August 2017, he lost the IBF junior lightweight belt on the scale in a title defense against Francisco Fonseca on the Floyd Mayweather Jr.-Conor McGregor undercard. In December 2019, Davis initially missed weight against Yuriorkis Gamboa for the vacant WBA lightweight title. Davis returned to eventually make weight the second time he tried.

“We trained hard,” Davis said in the days leading up to the fight. “He’s been saying some things that have turned me up. You definitely don’t want to miss this one. We’re going to make sure this is a tough fight for him. Don’t get no popcorn during this fight. Keep your butt glued to the seat. I promise you it’s gonna be fireworks.

“This is my job. I’ve been doing it since I was seven. I know that a lot comes with it, but if I stop now, then I wouldn’t have done what I came to do. Garcia earned his spot in this fight for what he’s done this past year. He’s been in good fights and beaten good fighters. He’s not someone to sleep on. He’s a tough opponent and this is going to prepare me for a Ryan Garcia fight next.

“The last thing I want to say to Hector is just, be ready. I’ve had a great camp and I know that Héctor’s coming. Just don’t make a lot of mistakes, because if you make too many, it might be an early night.”

Garcia appeared unfazed by anything Davis has to say.

“My camp could not have been better,” said Garcia, who had a great 2022 campaign, handing Chris Colbert his first defeat with a near-shutout performance in February, then followed that up by beating Roger Gutierrez in August for the WBA 130-pound title. “My team is tireless, and we work so hard. Everyone is going to see the results on Saturday night. I feel equally comfortable at 130 and 135 pounds. I took this challenge because I always want to surpass my own limits and go after the very best. At the end of the day, it’s up to me to be at my best on Saturday night.

“The bottom line for me is that I can fight at whatever distance the fight requires me to. I can use my reach or my power. I’m going to be ready. I think the back and forth we’ve had is normal and in good fun. It brings more heat to the fight, and it probably motivates us both more. Gervonta better watch out on Saturday night. Because he lit the competitive fire under me when he put his hands on me during the face off.  The real Garcia is right here. I don’t care who he’s focused on because I know that I’m the true challenge. Fans are going to see a thrilling fight. It’s going to be a show that everyone is gonna enjoy.”

The undercard will feature two 12-round welterweight bouts pitting Philadelphia’s Jaron “Boots” Ennis against Karen Chukhadzhian in an IBF title eliminator and Rashidi Ellis against Roiman Villa. The first fight of the PPV undercard will be a 10-round super middleweight fight between Demetrius Andrade, the former junior middleweight and middleweight titlist, against Demond Nicholson.