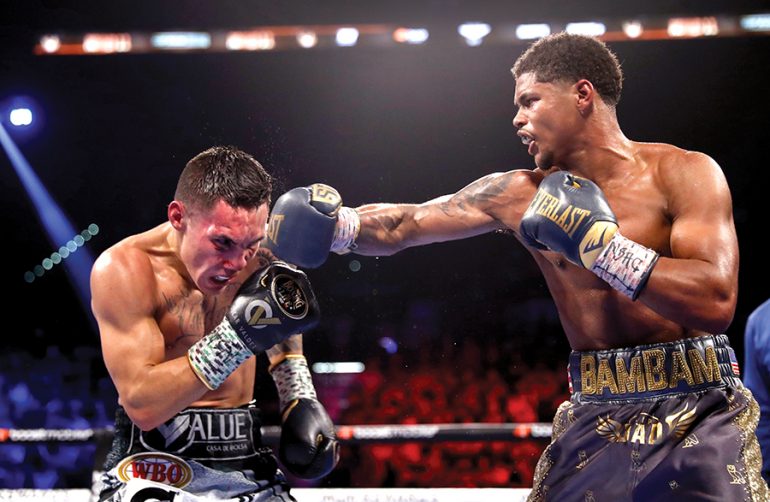 Valdez was no match for Stevenson’s talent, size and ring savvy. (Photo by Steve Marcus/Getty Images)
04
Jan
by The Ring

The Ring’s newest year-end award recognizes the most skillful and technical performances in the ring (where as Fight of the Year generally rewards scintillating and dramatic back-and-forth battles). Past winners include Teofimo Lopez (2020), for his 12-round decision over Vasiliy Lomachenko, and Shakur Stevenson (2021), for his 10th-round stoppage of Jamel Herring.

Oleksandr Usyk for his gutsy rematch victory against a motivated (and 20-pounds heavier) Anthony Joshua in Jeddah (a SD that earned Usyk the vacant Ring heavyweight championship).

Jesse “Bam” Rodriguez for his technical brilliance en route to an eighth-round stoppage of former Ring/WBC 115-pound champ Srisaket Sor Rungvisai (who was Ring’s No. 1-rated junior bantamweight at the time).