Showtime Jan. 7 event in D.C. still on in some form after Davis arrest, say sources 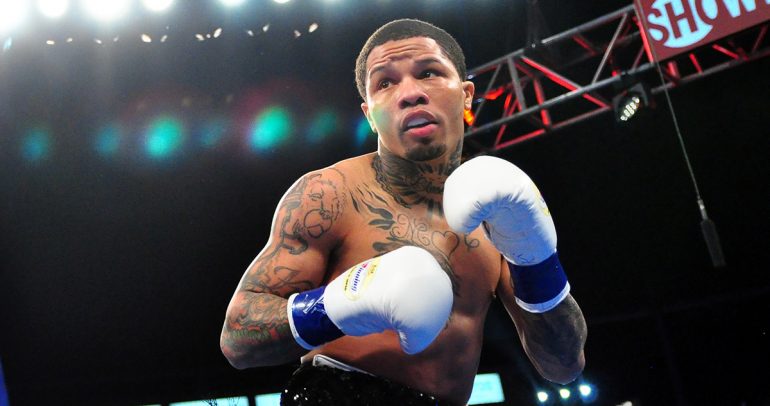 The Premier Boxing Champions event on Showtime on Saturday, January 7, at the Capital One Arena in Washington, D.C., will still take place, multiple reliable sources confirmed Wednesday night. Whether or not it’s a pay-per-view event hangs in the balance after headliner Gervonta “Tank” Davis, The Ring’s No. 3-ranked lightweight, was arrested in Parkland, Florida, on Tuesday afternoon, December 27, for allegedly striking a woman.

Neither Showtime nor PBC have come out with any official statement as of Wednesday when the news first broke from ESPN’s Mike Coppinger.

What is known, according to numerous fighters, trainers and managers associated with the fight, is that the January 7 show will still go on.

Davis (27-0, 25 knockouts) is scheduled to fight 2022 breakout performer Hector Luis García (16-0, 10 KOs) in a 12-round main event between contrasting southpaws. If Davis can navigate through his current legal situation, the fight will remain a pay-per-view. If Davis is unable to perform, the 12-round fight between rising star and Ring’s No. 3 welterweight Jaron “Boots” Ennis (29-0, 27 KOs) and Karen Chukhadzhian (21-1, 11 KOs) will become the main event on regular Showtime, with the remainder of the card left intact.

The card also features a 12-round welterweight fight between Rashidi Ellis (24-0, 15 KOs) against Roiman Villa (25-1, 24 KOs), with the winner possibly facing the Ennis-Chukhadzhian winner next, and a 10-round super middleweight bout between Demetrius Andrade (31-0, 19 KOs) and Demond Nicholson (26-4-1, 22 KOs). Ellis has wanted to face Ennis for some time now, and Andrade, the former WBO super middleweight titlist, is coming off a 14-month layoff.

As of Wednesday, the Ennis and Garcia camps were still training and were told to continue training until they hear otherwise. Both camps, according to multiple sources, were told that the January 7 fight is still on.

What put the fight in jeopardy occurred Tuesday afternoon. According to the official Broward County Sheriff’s Office incident report, Davis was arrested for a misdemeanor domestic violence charge of battery causing bodily harm.

TMZ and ESPN obtained the 911 call, which revealed the alleged victim yelling, “Please help me; I need help, please. I’m trying to go home; I have a baby in the car and attacked me … He’s going to kill me.”

Later Wednesday, a message was posted on Davis’ social media account, stating (all in caps), “DO NOT LET THESE PEOPLE MISGUIDE YOU ALL ON THIS BULLS—T… THIS WAS JUST YESTERDAY MOMENTS BEFORE ME AND MY CHILD MOTHER HAD ARGUMENT! WATCHING FROZEN WITH MY OLDEST DAUGHTER … I NEVER PUT MY HANDS ON MY CHILD MOTHER NOR MY F—ING DAUGHTER ARE YOU F—ING CRAZY!! IM NOT A MONSTER I BEEN QUIET FOR TOO LONG. … THAT’S THE ONLY REASON I’M DOING THIS NOW! JUST TO CLEAR MY NAME!

Davis further went on to say, in all caps, “THEY ARE DOING THIS FOR MONEY TO AND ALSO TO DESTROY ME!! I AM NOT A MONSTER, I HAVE TWO BEAUTIFUL DAUGHTERS THAT HAVE TO GROW UP SOMEDAY AND SEE THIS BULLS—T!! … THEY EVEN POST A SNIPPET OF THE POLICE CALL WHICH MY CHILD MOTHER WAS CRYING ON THE PHONE BECUZ I WOULDN’T GIVE HER MY TRUCK!

Davis, 28, was released on Wednesday after spending a night in jail on $1,000 bail, according to the Broward County Sheriff’s Office.

If Davis does fight Garcia on January 7, his megabout with Ryan Garcia on April 15 in Las Vegas still has the possibility of being derailed by a scheduled court appearance on February 16 in Baltimore Circuit Court for allegedly leaving the scene of a car accident that occurred during the overnight hours of November 5, 2020, involving four people, one of whom was pregnant at the time.