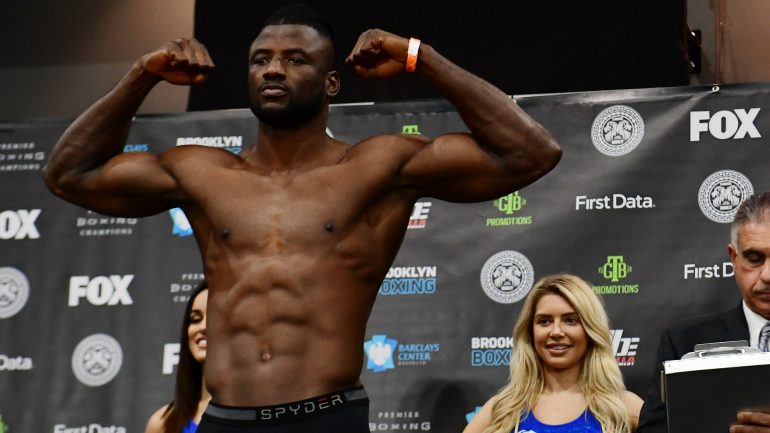 Heavyweight Efe Ajagba has a new opponent for his clash on January 14.

Shaw replaces Oscar Rivas, who had to withdraw from the Ajagba fight last week due to an eye injury.

Heavyweight prospect Guido Vianello, who was scheduled to fight Shaw in the co-feature, will now face Jonnie Rice in a 10-round bout.

Ajagba (16-1, 13 knockouts), who is originally from Ughelli, Nigeria and currently resides in Stafford, Texas, suffered his first defeat as a pro at the hands of Frank Sanchez on October 9 of last year in a clash of unbeaten fighters. Ajagba returned to the win column in his last bout on August 27, dropping Jozsef Darmos twice en route to a second round knockout victory.

The 28-year-old will have a height and significant reach advantage over Shaw, who recently notched another knockout win to his ledger.

The 30-year-old is co-promoted by Top Rank and Lou DiBella.

Vianello (10-0-1, 9 KOs), who is originally from Roma, Italy and now lives and trains in Las Vegas, will take a major step-up in opposition in Rice, who has mixed results against heavyweight prospects.

In his last bout on October 28, Vianello defeated Jay McFarlane by unanimous decision. The win over McFarlane took place just over three months after the 30-year-old stopped Rafael Rios in the fourth round.

“Stephen Shaw stepped up and has a tough task against one of the division’s biggest punchers in Efe Ajagba,” said Top Rank chairman Bob Arum. “We’re pleased that Guido will remain on the card against a formidable opponent in Jonnie Rice. This will be a fantastic heavyweight doubleheader at Turning Stone.”