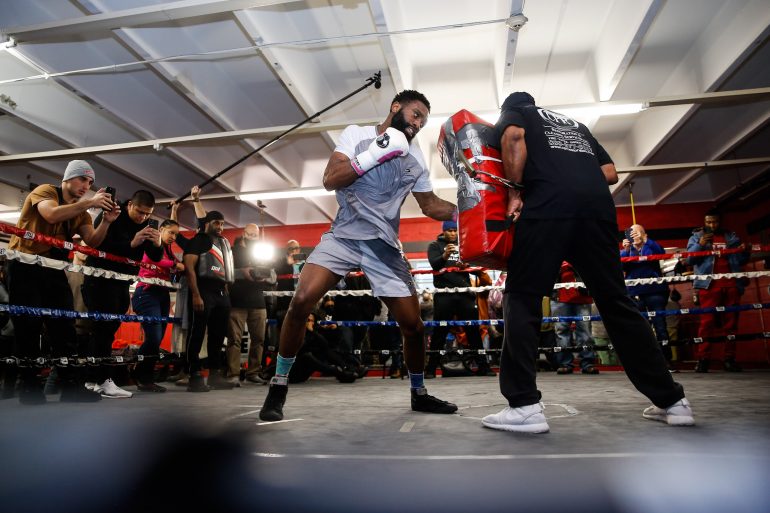 PHILADELPHIA — Jaron Ennis put on a show for the media Tuesday, going 12 rounds at Philly’s Next Champ Gym as he closes in on his IBF interim welterweight title fight against Karen Chukhadzhian on January 7 at the Capital One Arena in Washington D.C.

“Boots” Ennis (29-0, 27 knockouts) is hoping a victory against the Germany-based Ukrainian puts him in position to get the major fight he needs to assert himself as a top fighter in the sport. The 12-round bout will be the co-main event to the Showtime pay-per-view that will be headlined by Gervonta Davis vs. Hector Luis Garcia.