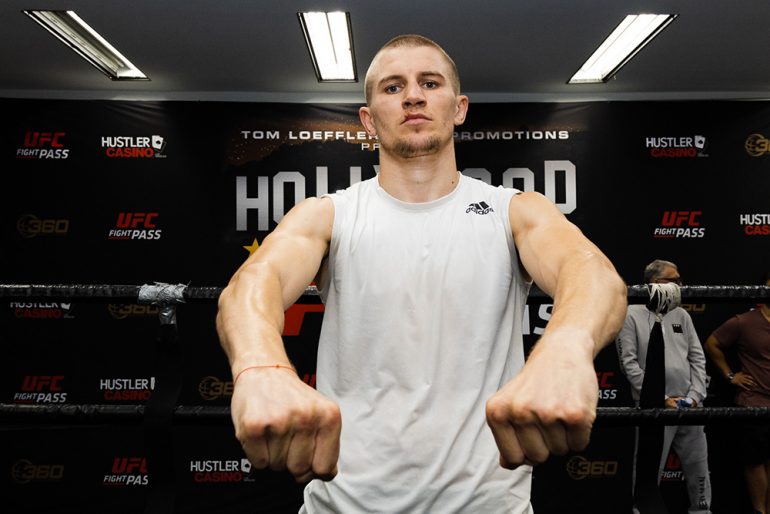 The 10-round bout will take place at the Quiet Cannon in Montebello, California and will headline a Hollywood Fights Nights card (UFC Fight Pass, 10 p.m. ET/ 7 p.m. PT).

“We’re very excited for the quick return of Serhii Bohachuk in the first defense of his (regional) title against (the) battle tested Nathaniel Gallimore,” said Loeffler, who is the President of 360 Promotions. “Serhii looked tremendous last month in his return to the ring following his extensive time with his family in Ukraine during the war.”

Bohachuk (21-1, 21 knockouts), who now resides in Los Angeles, last fought on November 3, knocking out Aaron Coley in the second round. The win over Coley was Bohachuk’s first fight since returning from serving in the Ukraine army in its conflict against Russia that began this past February. While his brother continues to serve in the army, Bohachuk, like Oleksandr Usyk and Vasiliy Lomachenko, received a special dispensation from the Ukraine government to represent his country and continue his boxing career in the United States.

The 27-year-old has won his last three fights since suffering his only defeat as a pro at the hands of Brandon Adams on March 4 of last year. Bohachuk was up on all three judges’ scorecards when he was stopped by Adams in the eighth round.

Gallimore (22-6-1, 17 KOs), who is originally from Kingston, Jamaica and now resides in Des Plaines, Illinois, lost to unbeaten middleweight Fiodor Czerkaszyn by unanimous decision in his last bout on November 5. He was coming off a majority decision win over Leon Lawson on June 27.

Having lost five of his last seven fights, including to Sebastian Fundora and Erickson Lubin, Gallimore has pulled off wins over solid opposition. Gallimore does have wins over Jeison Rosario and Justin DeLoach.

The Bohachuk-Gallimore fight will headline another installment of the Hollywood Fights Nights series. Fight cards do attract celebrities and MMA, including Dana White, and top fighters in boxing.

“Each one of our Hollywood Fight Nights events at the Quiet Cannon has sold-out and I strongly encourage fans to purchase tickets in advance for another entertaining evening of the best boxing series in the country,” said Loeffler.