Oscar Duarte has big plans for 2023, aims to be in the mix at lightweight 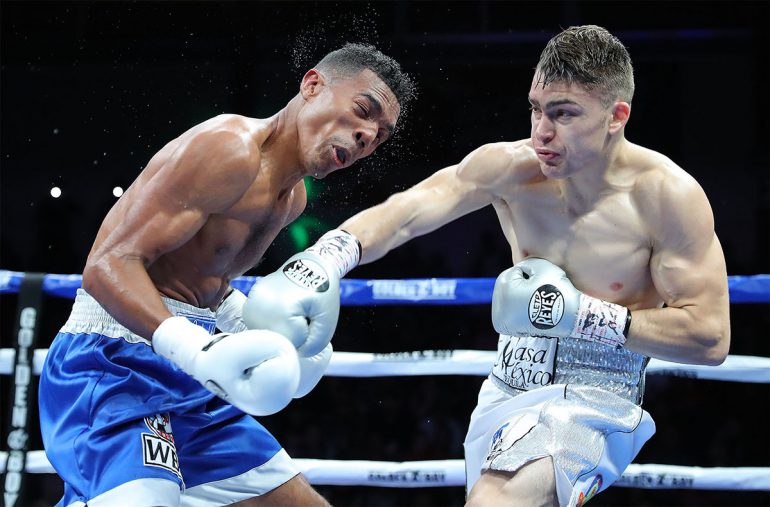 Oscar Duarte is knocking on the door to contender status at 135 pounds. He hopes to knock down that door in 2023.

In the meantime, Duarte has matters to take care of before the end of 2022. The once-beaten Duarte will face Javier Franco in an eight-round bout Saturday night at the Arena Azteca in Torreon, Mexico.

Duarte (23-1-1, 18 knockouts), who resides in Parral, Mexico, last fought on June 11, knocking out former fringe contender Mark Bernaldez in the eighth round. Duarte has won his last eight bouts, all by knockout, since losing by split decision to Adrian Estrella in February 2019.

Duarte has a fan-friendly style in which he sits down on his punches and puts his opponents on the defensive. He has split his time fighting in the United States and Mexico, fighting on a handful of fight cards at the Belasco Theatre in Los Angeles early in his career. The 26-year-old has notched knockout wins over notable opponents Roger Gonzalez and Andres Garcia in recent years.

“(Oscar) is really looking forward to (making) a big return in 2023,” Diaz told The Ring Thursday. “We at Golden Boy believe he is ready for the top lightweights and look forward to a very exciting 2023.”

There is still a massive gulf between Duarte’s level of opposition and fighters like Garcia and Zepeda, however.

Franco (35-24-6, 16 KOs), who resides in Nuevo Casas Grandes, Mexico, was knocked out by Oscar Lozoya Gutierrez in the second round of his last bout on September 3.

The 32-year-old is winless in his last five bouts and has only won twice in his last eight fights.