Shavkatdzhon Rakhimov enjoying the perks of victory, targeting Cordina next 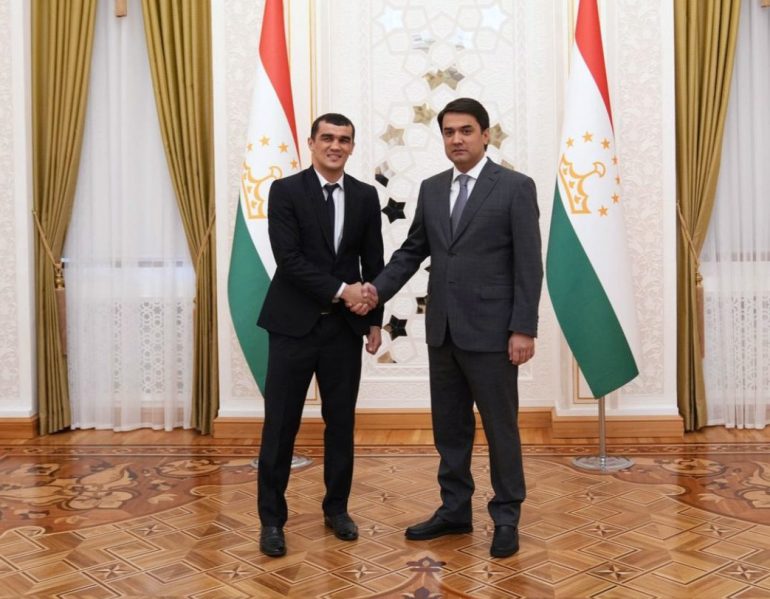 A little over a month ago, Shavkatdzhon Rakhimov claimed the vacant IBF junior lightweight title by stopping Zelfa Barrett in nine rounds on the undercard of Dmitry Bivol-Gilberto Ramirez in Dubai.

Rakhimov, who is rated No. 3 by The Ring at 130 pounds, is proud to be finally holding a world title after drawing with then-IBF ruler Joseph Diaz in February 2021.

“I’ve been waiting for this moment for a long time, and I’ve been working hard for this,” Rakhimov (17-0-1, 14 knockouts) told The Ring through his manager, Egis Klimas. “I believed I would become a world champion, and I became one. I put in a lot of effort and years of hard work. I earned and deserved this belt. So, of course it means a lot to me. I am the first world champion in the history of Tajikistan boxing.”

Since then, the 28-year-old pressure fighter has enjoyed the fruits of his labor, returning to his homeland amidst wide celebration.

“There were a lot of fans, press, relatives and friends meeting me at the airport,” he said proudly. “They welcomed me as a hero. That was great! I also visited my hometown. They gave me really warm home welcoming. I met with the president’s son, who’s the mayor of the capital of Tajikistan.”

From the outside, the fight appeared to be a tough one for Rakhimov, but he refutes the suggestion.

“Actually, it was not that difficult,” he said. “Yes, I was getting caught by his shots, but we kept sticking to our plan, and I was listening to my coach and went in there and did what I was told to do.

“I started to pick it up, working combinations, bodyshots, and he couldn’t keep that pace up. I knew he’d get tired. He started to wear down. He was not be able to keep up that pace of the fight that I created. And it was too much for him. That was a solid and good fight for me.”

Wales’ Joe Cordina won the IBF belt in June with a Knockout of the Year candidate and had been due to face Rakhimov before an injury to his hand forced him to pull out of the fight, and he was subsequently stripped. Barrett stepped in to face Rakhimov for the vacant title.

“We did agree with promoter [Eddie Hearn] before the fight, if Rakhimov wins, to fight Cordina [next], and we stick with it,” explained Klimas. “As soon he is medically clear and his hand is healed, hopefully April, no later than May the fight will happen. Most likely in the UK.”