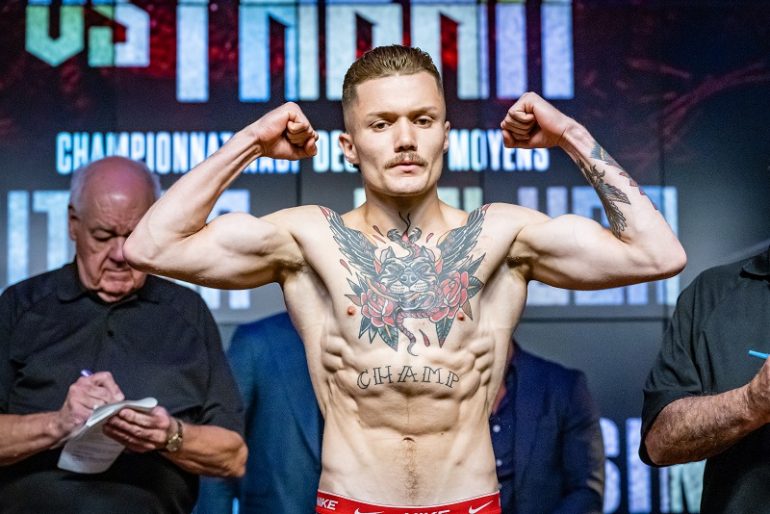 Best night of pro career and why: Chabot is most happy with his win over Armando Ramirez (TKO 2) at Montreal Casino in September.

“My last fight was my best performance,” Chabot told The Ring through Andreanne Lambert of Eye of The Tiger. “I was patient in the first round and my quality showed in the second round.”

Worst night of pro career and why: Early in Chabot’s career, he had to find his way through some adversity to maintain his unbeaten record.

“My second fight [against Luz Marcos Garcia] was my worst because I was dropped in the first round,” he explained. “I was going to strong at the beginning and didn’t manage the opponent well but I came back stronger.” 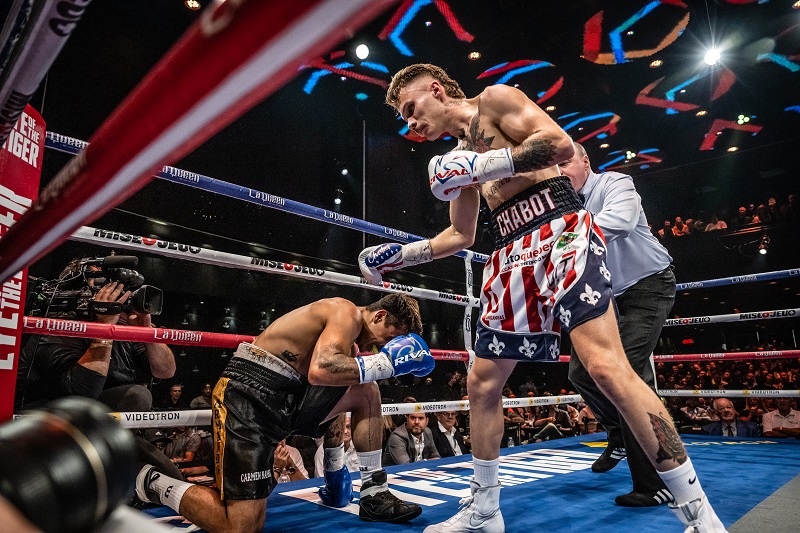 Baranda turned professional in February 2021. The 23-year-old Mexican lost a close decision to California prospect Rayshaun Thomas (L MD 4) in his debut. He recovered to win his second fight before again finding himself on the losing end of his following bout. To his credit, since then, he has remained unbeaten, taking his record to 4-2-1.

The young Canadian will be strongly favored to win but it will be interesting to see if he can continue his run of stopping his opponent inside three rounds.

Why he’s a prospect: He won four Canadian national amateur titles and was also impressively named the best boxer on each occasion. Chabot gained valuable international experience competing at the Junior Commonwealth Games, in the Bahamas, in 2017.

“I’m happy with my amateur career,” he said. “When I went into the seniors, it was hard and I started to think about turning pro and, as it was my dream, I did it.”

“The Ghost” has most notably sparred with once-beaten featherweight fringe contender Abraham Nova.

The hard-punching southpaw feels his best attribute is his all-action offensive style.

Eye of The Tiger Development Director and Head Coach Marc Ramsay likes what he sees from Chabot and believes there is more to come.

“Thomas is a complete fighter. He has good speed, good snap in his punches, like his record indicates. He’s southpaw, very good counter-puncher, good bodyshots,” said Ramsay, who currently lists rising heavyweight Makhumdov, IBF, WBC and WBO light heavyweight beltholder Artur Beterbiev and super middleweight contender Christian Mbilli as his clients. “He’s a very serious kid. He doesn’t talk too much; he comes to the gym and trains and is very focused on what he is doing. He has a good work ethic. I think there is a lot of space for him to develop. We need to wait and be patient with him.

“Something that people haven’t seen yet but I have seen in the gym, he has very good stamina. He is able to generate energy and power, even in eight, nine and 10 rounds. He’s going to be able to keep that composure in a longer fight.

“He’s one of the best young Canadians we’ve got. The ceiling looks high with him.” 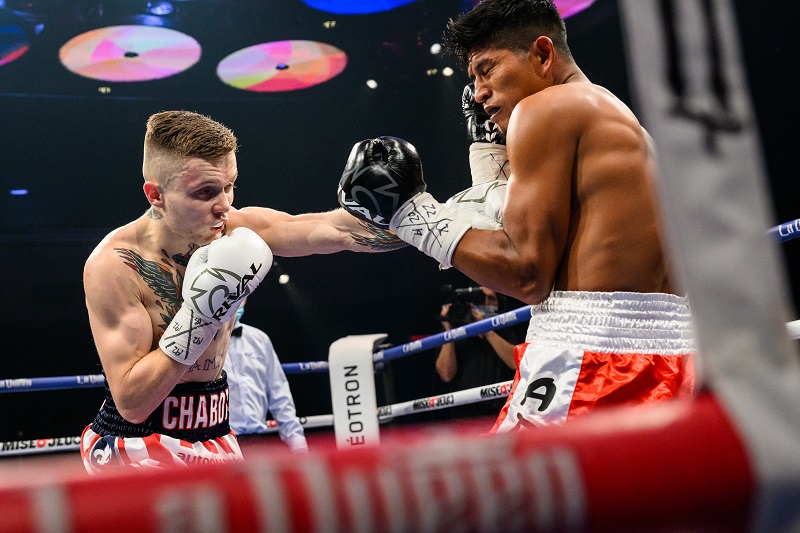 EOTTM President Camille Estephan also feels Chabot could separate himself from the pack.

“He’s the hardest working boxer I have ever seen,” said Estephan. “This guy has talent but he’s so serious. He really puts in a lot of work in the gym. He has crazy cardio. I think he’s going to go places.”

Chabot appears to be someone worth watching, has a fun style and is fan-friendly. He looks like a Midwestern American fighter, with his moustache and mullet, but he’s deceptive and can fight.

Why he’s a suspect: Chabot is a young fighter learning his trade. There is no rush; he’s with the right people, who will afford him the opportunity and time to develop as a fighter and then we can see where these advantages take him.

Chabot recognizes he has to find ways to make his opponents engage and then make them pay as he progresses to the next level.

“To choose better opportunities to fight and throw the punches,” he said. “To be able to have good timing and optimize openings against the opponent.”

Earlier this year, the Canadian was sidelined with a nasty hand injury. Thankfully he has since returned without an issue.

Ramsay issues caution but believes Chabot will improve as he grows and develops his man strength over the next couple of years.

“I think it’s just a matter of time,” he said. “Physically he needs to be a little stronger but this is something you work on in the gym with a strength and conditioning guy.” 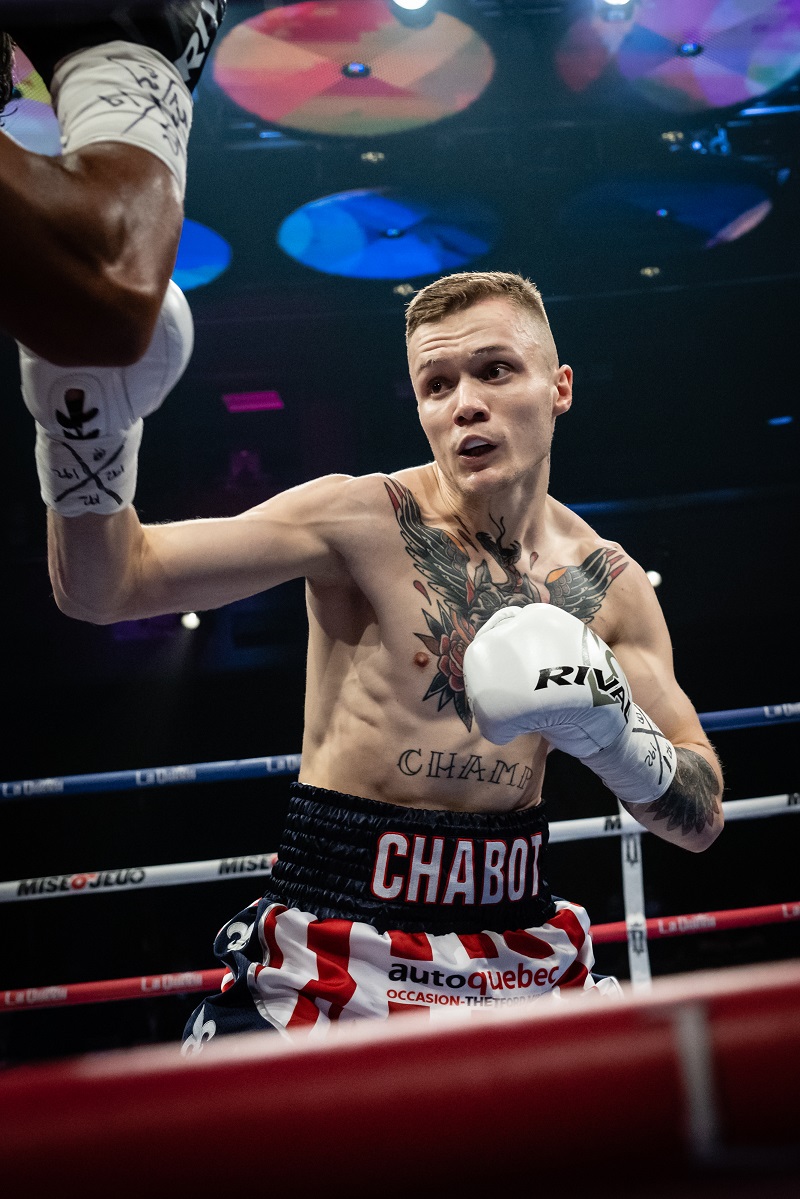 As a child, he described himself as calm but liked to fight and that was what brought boxing into his orbit. Chabot began boxing when he was 11 years old at the Robertsonville Boxing Club.

“I watched the ‘Rocky’ movie with my dad and he brought me to the gym,” he explained. “I just felt like it was my home and spent my energy there.”

He has two boxing heroes: “Arturo Gatti and Manny Pacquiao. The high volume of punching from Pacquiao and Gatti because he was a warrior and way he fought.”

While Chabot would like to become a world champion, he stops short of saying that is his main target in boxing.

“Everyone says they want to be a world champion,” he said. “I want to be on top and have fun fights and to be popular.” 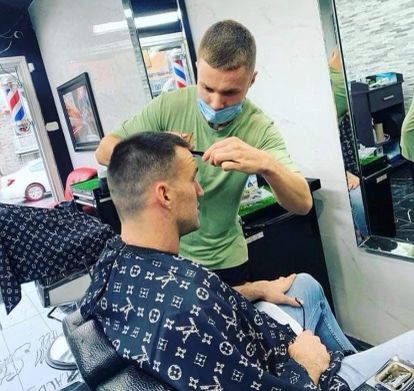 Away from boxing, Chabot likes to spend time with his family. He likes dogs and has a Blue Staffordshire Bull Terrier. During the COVID-19 pandemic, he started up a sideline in cutting hair and that is now his second job.

Makhmudov-Wallisch, plus the undercard will be broadcast ESPN+ at 8 p.m. ET/ 5 p.m. PT