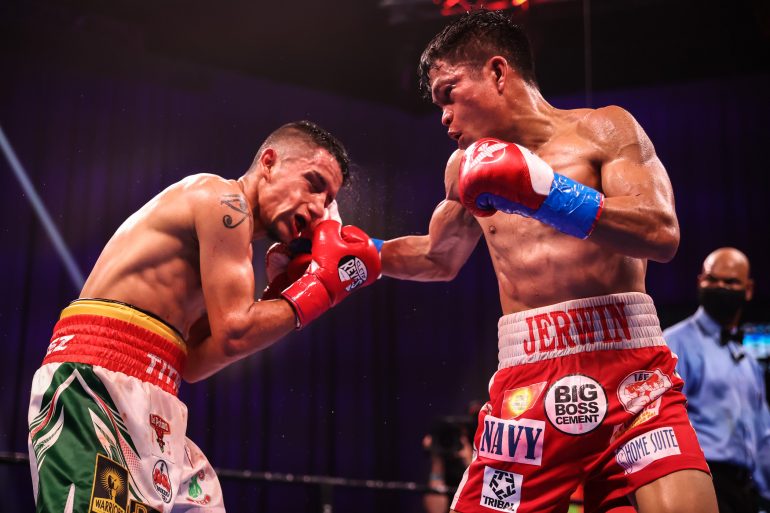 The fight will take place at the Imus Sports Complex in Imus City in Cavite province in the Philippines, not far from the Survival Camp complex where Ancajas lives and trains. The event will be promoted by MP Promotions and Joven Sports Promotions.

“I’m so excited because it’s been almost seven years that I haven’t fought here. My family and my friends who want to watch the fight live will be able to see me,” said Ancajas (33-3-2, 22 knockouts).

The 30-year-old Ancajas will be stepping up to 118 pounds after back-to-back decision defeats to Fernando Martinez this year, which saw him lose the 115-pound title that he had held since 2016. Ancajas had fought a few non-title fights above the 115-pound limit and says he remembers feeling much stronger.

“For me it’s better. I move up because I feel my body is stronger at that weight, and my conditioning is also better,” said Ancajas.

Ancajas said he had made the weight a week before his rematch with Martinez in October, but the greater issue was staying under the 10-pound rehydration limit for the same-day weigh-in. After making weight at 11 a.m., Ancajas had already gained 10 pounds by 4 p.m., meaning he couldn’t eat again until the following morning.

That hurt his recovery, trainer/manager Joven Jimenez says, and contributed to him fading under the constant pressure of his Argentine rival.

Phoyaem (19-3, 13 KOs) of Nakhon Ratchasima, Thailand, will be seeking to earn his first win abroad after losing in three previous fights in Japan. The 23-year-old lost a decision to former WBC flyweight titleholder Daigo Higa last month in his highest-profile fight to date, and followed that up by stopping a Thai opponent just last week.

Jimenez says he hasn’t seen the Thai fighter in action but imagines he is aggressive and will come to fight. The bout will have a minor IBF title at stake, which would earn Ancajas a ranking with that sanctioning body if he wins.

A win could put the former titleholder in prime position to challenge for a world title again if Naoya Inoue, the undisputed champion at 118 pounds, vacates his titles as expected and pursues championships at 122 pounds.

“That’s what [MP Promotions President Sean Gibbons] told me; just get a win on February 12 and then we’re gonna get a world title shot,” said Jimenez.

Ancajas says he has additional motivation in the form of his fourth child, and third son, expected this month.