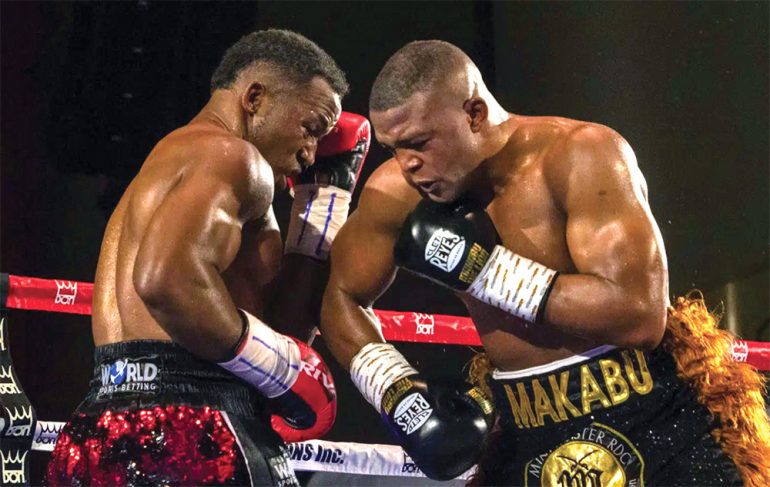 The undercard will be announced in due course.

Makabu (29-2, 25 knockouts), who is rated No. 4 by The Ring at 200 pounds, worked his way up by scoring impressive wins over Eric Fields (KO 5), Glen Johnson (TKO 9) and Thabiso Mchunu (KO 11) to earn a shot at the vacant WBC title in May 2016. But although he dropped Tony Bellew in the opening round, Makabu let things slip and was stopped in the third.

The Congo-born lefty responded by winning seven fights, including two in Russia over Dmitry Kudryashov (TKO 5) and Alexsei Papin (MD 12), who is currently rated No. 6. Those triumphs saw him rewarded with a second title opportunity, and this time Makabu edged past Michal Cieslak (UD 12) to capture the WBC belt. The 35-year-old power-puncher defended against Olanrewaju Durodola (TKO 7) before controversially outpointing Mchunu (SD 12) in their rematch earlier this year.

The Armenia-born German, who was the subject of a “New Faces” column on RingTV in 2015, got back in the win column before putting up a spirited effort in defeat to Mairis Briedis (UD 12) in Latvia. Since then, the 32-year-old has won three consecutive fights to move up the WBC ratings and earn this opportunity.