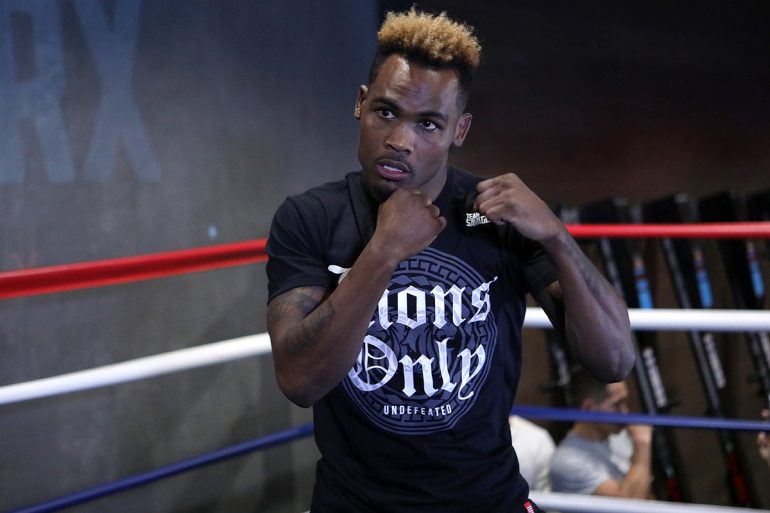 A date is finally set for Jermell Charlo to defend his Ring junior middleweight championship.

Charlo will face Tim Tszyu on January 28, Premier Boxing Champions (PBC) announced Thursday afternoon. The 12-round bout will take place at the Michelob Ultra Arena inside the Mandalay Bay Resort and Casino in Las Vegas, Nevada and will air live on Showtime Championship Boxing.

Charlo (35-1-1, 19 knockouts), who resides in the Houston, Texas suburb of Richmond, has rebounded nicely since losing his WBC world junior middleweight title to Tony Harrison in December 2018. After reclaiming the world title a year later, he won IBF and WBA world titles by stopping Jeison Rosario nine months later.

The 32-year-old would fight to a split-decision draw against then-WBO titleholder Brian Castano in an attempt to become undisputed champion. The rematch took place on May 14, with Charlo winning by knockout in the 10th round to collect all four world title belts and the coveted Ring Magazine championship.

Charlo respects Tszyu as a worthy challenger but expects to put on another quality performance.

“I’m excited to be in the ring to defend my undisputed crown,” said Charlo, the twin brother of WBC world middleweight titleholder Jermall Charlo. “I’m thankful for everything I’ve accomplished, but the battle isn’t over. Tim Tszyu is a young, hungry, aggressive fighter but I’m a pound-for-pound great. I reign as the undisputed champion and if anyone wants a shot at the crown, they gotta see me. I’m not going anywhere. I want all my fans to tune in because I (will) show the world that I’m the most dangerous fighter in the sport, regardless of division.”

Tszyu (21-0, 15 KOs), who resides in Sydney, Australia, is the WBO mandatory challenger. He last fought on March 26, overcoming a knockdown in the opening round to defeat Terrell Gausha by unanimous decision. In his previous fight on November 17 of last year, Tszyu defeated Japan’s Takeshi Inoue by unanimous decision.

The 28-year-old hopes to become an undisputed champion, just like his father accomplished in November 2001 by defeating Zab Judah.

“Jermell is a great, smart fighter and has been for many years – becoming undisputed is an incredible achievement,” said Tszyu, who grew up playing soccer before making the switch to boxing. “But his time is over now, because I’m about to shock the world and take over. It’s going to be a great fight as neither of us know how to take a backward step and are going to be swinging from the start with very bad intentions.

“I’m preparing for a bloody war as I know he is too. I’ve already been grinding for months and I’m in the best shape of my career. The groundwork was laid in Australia and Thailand but I’m here now in the U.S. to take it to the next level, which is exactly what’s needed when you’re fighting for the undisputed championship of the world.”

Stephen Espinoza, President of Sports and Event Programming at Showtime, said that “(January 28) marks Jermell’s 16th appearance on Showtime, and it’s been a privilege watching him develop into the consensus No. 1 fighter in the division and one of the top pound-for-pound boxers in the sport. Stylistically, Charlo vs. Tszyu is one of the most attractive fights that can be made in boxing, given Jermell and Tim’s aggressive temperaments in the ring. Kudos to them both, and everyone involved, for putting this fight on Showtime.

“After hosting Tim’s U.S. debut in March, we’re thrilled to see him challenge Jermell and dare to be great like his father Kostya, who fought on the network 10 times. Both Jermell and Tim have never shied away from a challenge, and this stacks up to be a real ‘Fight of the Year’ type match-up.”