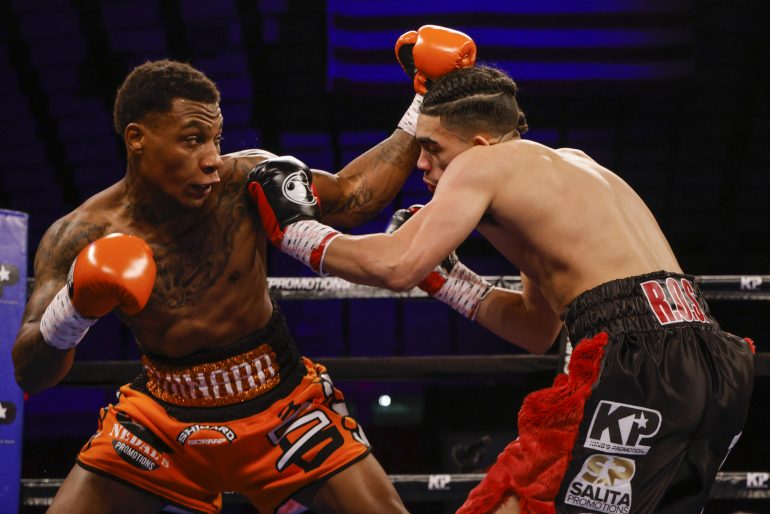 The hard-hitting Bunch will face former world junior welterweight title challenger Henry ‘Hank’ Lundy in a compelling clash between youth and experience Friday night at the Newtown Athletic Club (aka ‘The NAC’) in Newtown Township, Pennsylvania, it was officially announced Tuesday.

The 10-round bout will stream live on FightNight Live (7 p.m. ET/ 4 p.m. PT). A subscription, starting at $12.50 a month, must be purchased through Flocombat.com to stream the card.

Bunch (19-1-1 1 NC, 16 knockouts), who resides in Trenton, New Jersey, last fought on May 13, stopping Marklin Bailey in the opening round. Friday night will mark Bunch’s third fight this year after fighting eight times in 2021.

The 23-year-old was scheduled to face Argentina’s Hugo Roldan on September 9, which would have headlined a ShoBox telecast, but withdrew from the fight against Roldan for undisclosed reasons. Bunch has not lost since his third fight as a pro, a unanimous decision loss to Paul Kroll in August 2019.

Bunch is managed by Russell Peltz and co-promoted by Sampson Lewkowicz and Nedal Abuhumoud.

Lundy (31-11-1, 14 KOs), a former contender who resides in Philadelphia, Pennsylvania, lost by unanimous decision to Alex Martin in his last bout on August 6. Lundy scored a knockdown early in the close fight, but could not finish off Martin.

The 38-year-old has also recently lost to Jose Zepeda and Robbie Davies, Jr.

Lundy challenged then-WBO world junior welterweight titleholder Terence Crawford in February 2016, losing by knockout in the fifth round. He does have five victories over once-beaten fighters, including Dannie Williams, Ajose Olusegun, and John Delperdang.

In other action, junior welterweight Daiyaan Butt of Philadelphia will square off against Brooklyn’s Raekwon Butler (5-3, 3 KOs) in a six-round bout.

Butt (12-2, 5 KOs) has won five of his last six bouts, all against fighters with losing records. His lone blemish was against once-beaten Bryce Mills on February 24.