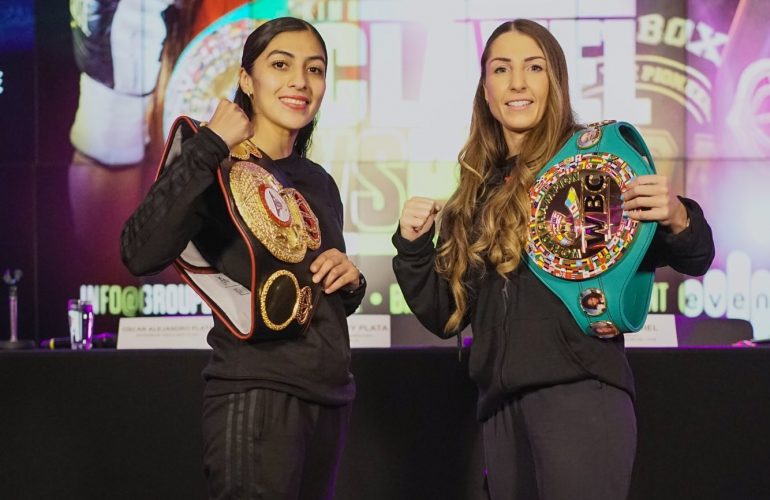 Kim Clavel is better than all of us.

The WBC junior flyweight titleholder laughs when I tell her this, but it’s true. Not that you’ll hear it from her mouth. In fact, when asked if she’s returned to the nursing gig that put her on the international map even before her fists did, Clavel simply says, “For now, I can’t work, because when you have to train for big fights like the unification fight and the world title fights, I have to be one hundred percent dedicated to it.”

But her trainer, Stephan Larouche, won’t let it sit at that. Instead, he’ll reveal how the winner of the Pat Tillman Award for Service ESPY in 2020 for her work with COVID patients didn’t exactly put her former day job to the side completely. 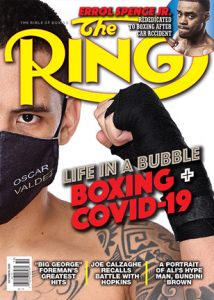 Click the cover to read our story on Kim Clavel from the October 2020 issue of The Ring Magazine.

“While she was getting ready for a fight, her teammates from the hospital were in a rush and they had to do overtime non-stop,” Larouche recalls. “So she decided to go to the hospital to help them. She gave her name for the night, and they called her, but she was not allowed to work because her license had expired. She paid 300-and-something dollars before going to the hospital to get her license back. She helped them and got paid like 150 dollars, but she helped them for one night, to be nice to her teammates. And at the end of the day, she spent 200 dollars to help her friends.”

“When we’re in training camp, if there is a dog looking for food, she’s going to go buy food for the dog, the cats, everything,” he said. “Even the turtles in the lake.”

“Sometimes I have to control myself, because (co-trainer) Danielle (Bouchard) and Stephan told me I’m too generous sometimes,” adds Clavel. “If I have twenty dollars in my pocket, I will give it to someone who has less.”

See what I mean? And while Clavel is a genuine, 100 percent good person outside the ropes, inside them she’s all fighter, and her willingness to face WBA champion Jessica Nery Plata in a unification bout on January 13 at Place Bell in Laval, Quebec, proves it, because the Montrealer could have milked the title she won from Yesenia Gomez in July. She even could have taken her foot off the gas during the pandemic and rode her fame from the ESPY award to a series of fights against no-hopers in order to build her record.

The 32-year-old Clavel wasn’t having it, and when she nearly shut out Gomez in her hometown, that belt was earned, not given.

“I felt proud,” she said. “I’ve boxed since I was 15 years old, and all the decisions I made were for this moment. All the sacrifices were to become a world champion, and it confirms that I made the right choices at the right moments.”

Clavel TKO 4 Mariela Valverde, the fight that preceded her title-winning performance against Gomez:

But did it live up to her expectations?

“I think it was bigger than what I expected,” she said. “You dream about it, you think about it, you try to visualize, but when it happens for real, it’s something big, something special. When you have the belt in your arms, I can’t describe it in words. It was an amazing feeling.”

Now she wants more amazing feelings, the kind that only a unified title can bring. And while Clavel deserves kudos for stepping up for a fight like this in her first defense (one originally scheduled for December 1 before Clavel came down with the flu, forcing a postponement), so does Mexico’s Nery Plata, who upset future hall of famer Yesica Yolanda Bopp in March. So her first defense will be in a unification fight as well. Who said there aren’t any real fighters anymore?

“They could have gone easier ways with optional fights, but they both decided to unify and go for the major challenge right away instead of going the easier way,” said Larouche. 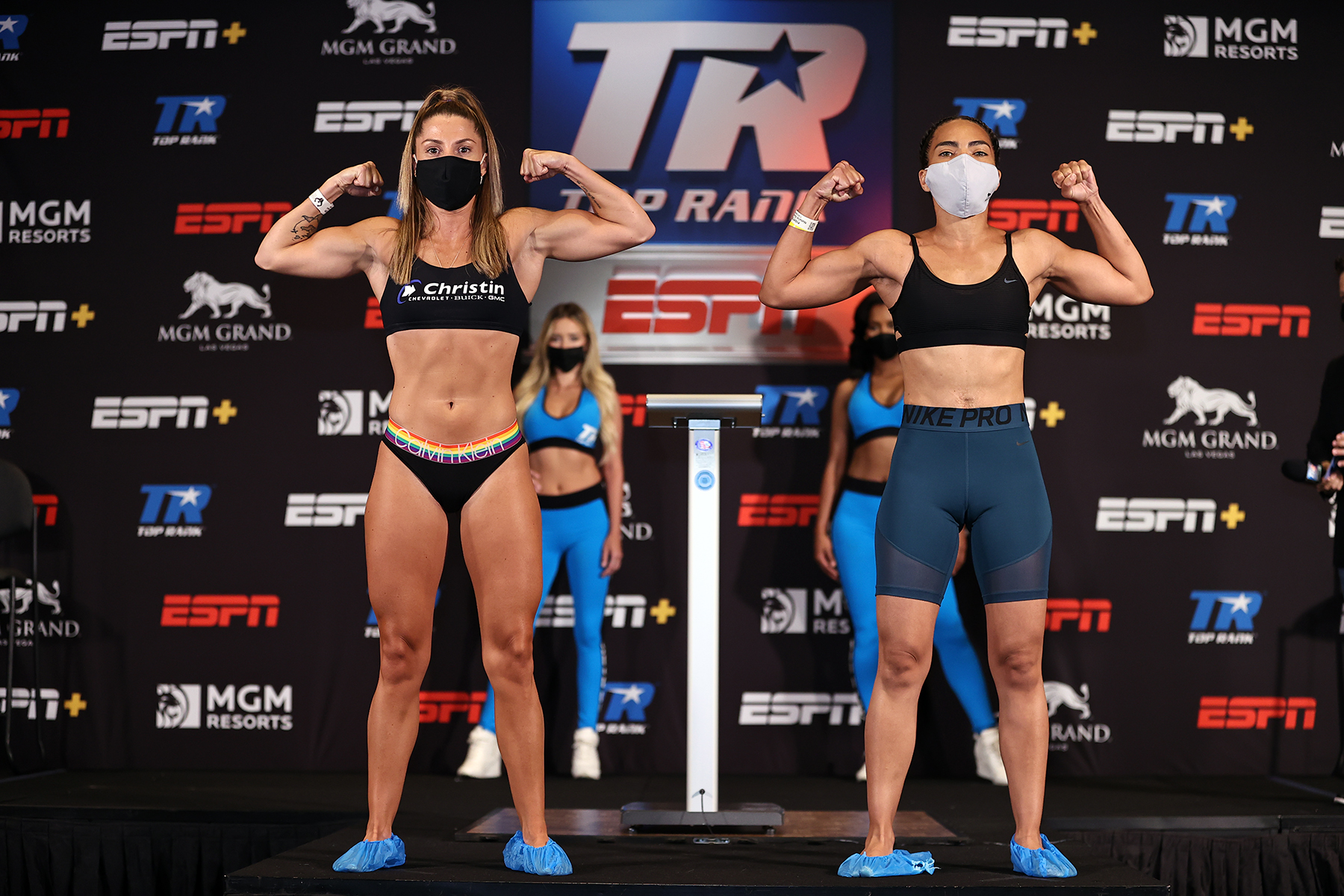 Clavel (left, alongside Natalie Gonzalez in July 2020) was dealing with the challenges of COVID on multiple fronts during the early days of the pandemic. (Mikey WIlliams/Top Rank)

Especially in Canada, where ladies like Clavel, Marie-Eve Dicaire and Mary Spencer have teamed up to have the biggest year ever for women’s boxing in the Great White North. That’s a big deal; not just for the fans, but for fighters like Clavel.

“For women’s boxing here in Canada, it’s alive and it’s beautiful to watch it and be part of it,” she said. “I want people to remember my performance, I want people to remember my name, and I want the future generation to say, ‘I would love to box like Kim Clavel.’ Boxing right now in Canada is amazing. We have a lot of girls and it’s impressive. And we are lucky to have promoters that want to see women, too.”

But does Clavel have room for another championship belt?

“In my apartment I don’t have a lot of room,” she laughs, though you get the feeling that she’ll find some for a WBA belt come January. But again, you won’t hear that from her mouth. She’ll let her fists do the talking.

“I have to keep my feet on the ground and stay humble,” Clavel said. “Everything is important in the ring, but a lot of things are important besides the ring, too, so I want to be a good person, a good boxer, and have a normal life.”

Two out of three ain’t bad, because Kim Clavel’s life will never be normal again.