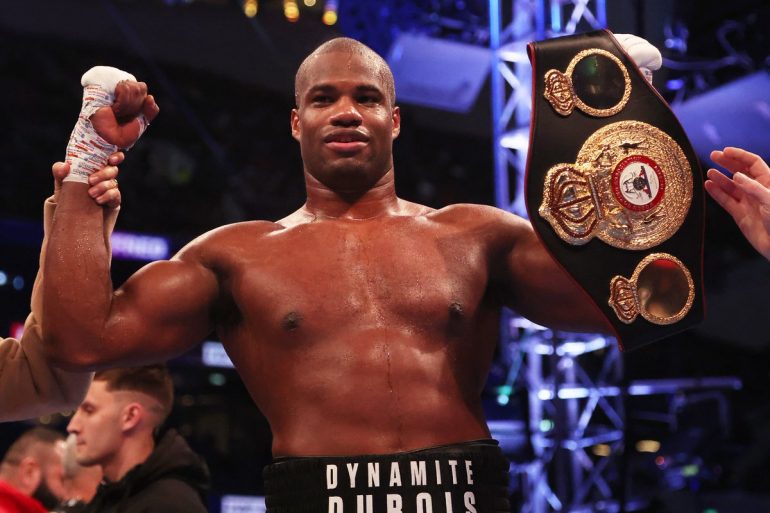 LONDON – Daniel Dubois faced a dicey homecoming on Saturday, but the strapping British heavyweight up-and-comer came out victorious with a TKO at the end of the third round, as his opponent, former cruiserweight contender Kevin Lerena, was walloped into submission with a brutal combination of shots from Dubois. 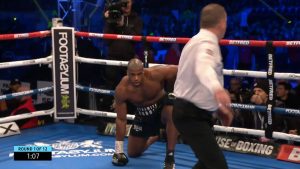 It was an uncertain endeavor in the first round, when Dubois was looking stiff and hesitant; the pair exchanged superficial jabs until Lerena caught Dubois and knocked him to his knees in a stunningly quick blow to the temple that caused the crowd in Tottenham Hotspurs Stadium to erupt in outrage.

Dubois (19-1, 18 KOs) hit the canvas a further two times, later citing an injured right ankle for the disastrous round. Perhaps Lerena (28-1, 14 KOs) was right to say he would be underestimated at Dubois’ peril. But by the third and final explosive round, Dubois had regained his unsteady footing and his confidence, in spite of Lerena’s consistently aggressive ring stance. The larger man came forward with a flurry of combinations and a vicious uppercut rocked Lerena, who leaned against the ropes and never quite recovered his senses.

Lerena, who traveled to Britain only a week ago for the opportunity of the fight, has had his heavyweight title hopes dashed. However, Dubois, who holds the WBA’s secondary world title (which The Ring does not recognize), continues on track to bigger and better things, surely with some crucial lessons for next time.

“I saw the opening and then I went for it!”@DynamiteDubois on getting through a leg injury to defeat Kevin Lerena! 👏