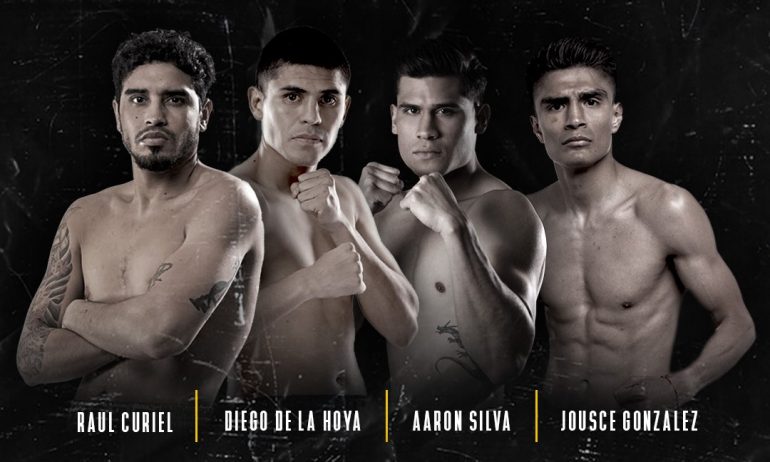 The hard-hitting Curiel (11-0, 9 knockouts), who resides in the boxing hotbed of Guadalajara, Mexico, last fought on December 18 of last year, knocking out former prospect Kendo Castaneda in the seventh round. The victory over Castaneda took place about six months after Curiel knocked out Ferdinand Kerobyan in the ninth round.

The 26-year-old has stopped his last six opponents.

Curiel, a 2016 Olympic representative for Mexico, is glad to return to action and looks to step up against top opposition next year.

“I am excited to be the main event for this fight card,” said Curiel, who made his pro debut under the Golden Boy banner in May 2017. “I have been waiting for this next step in my career and I can’t wait to demonstrate who I am, my potential and that I can fight in the big leagues. It’s been a long year, and I have been training hard these past three and a half months. I look forward to continuing to climb the rankings to contest for a world championship one day.”

Solomon (29-5, 9 KOs), who resides in Douglasville, Georgia, lost a split-decision to journeyman Ramon Barajas on March 24. The 39-year-old has lost four of his last five bouts, including defeats to Blair Cobbs, Alexis Rocha and Vergil Ortiz, Jr., all who also fight under the Golden Boy banner.

In the co-feature, Diego De La Hoya of Mexicali, Mexico will square off against Guadalajara’s Jose Gonzalez in a 10-round featherweight bout.

De La Hoya (23-1, 11 KOs), who is the younger cousin of Oscar De La Hoya, knocked out Enrique Bernache in the fourth round of his last bout on July 16, his first bout since December 2019. The 28-year-old has won his last two bouts since a knockout loss to former world title challenger Ronny Rios in July 2019.

Campa (18-6, 12 KOs) of Guaymas, Mexico will be a step-up in opposition for Silva. Campa has faced the likes of Jesse Hart, D’Mitrius Ballard, Erik Bazinyan, and Bektemmir Melikuziev, all who were unbeaten when they faced Campa.

Lightweight Nick Sullivan (6-0, 1 KO) of Norfolk, Virginia and Martin Leon of Culiacan, Mexico will fight in separate bouts to round out the card.