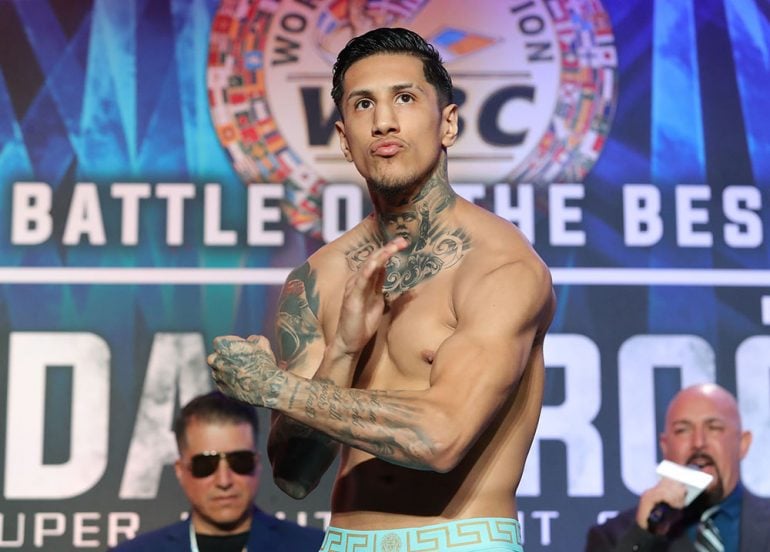 Fernando Vargas Jr. boxed and fought in a manner that was sure to make his father proud on Saturday. The 26-year-old son of the former two-time junior middleweight champ only needed two rounds to stop Alejandro Martinez on the Jose Zepeda-Regis Prograis undercard at the Dignity Sports Health Center in Carson, California.

It was an appropriately “ferocious” knockout, but Vargas (7-0, 7 KOs) was not in a rush.

“You can’t just go in and force a knockout, you’ve got to set it up; that’s what my dad is always telling us,” he said during the post-fight interview.

Vargas Sr., a 1996 U.S. Olympian and a world champ by the age of 21, was just as technical as he was aggressive during his fighting days. There’s no doubt that he approved of the patient and careful manner in which his oldest son jabbed to Martinez’s body while controlling the pace and distance during the opening round of the scheduled six-round junior middleweight bout.

In Round 2, Vargas Jr. applied hard pressure to Martinez (3-3-1, 2 KOs), a 28-year-old journeyman from Montebello, California. A body attack opened Martinez’s head up for flush power shots that produced a knockdown 2 minutes into Round 2. Martinez gamely beat the count but was on wobbly legs. An accurate uppercut-hook combination from Vargas, a southpaw, sent Martinez to the canvas again in a brutal manner. Referee Ray Corona did not bother to issue a count, waving the bout off at the 2:40 mark.

Vargas Jr., who was born in Oxnard, California, but now lives and trains with the rest of the Vargas brood in Las Vegas, is joined by his two younger brothers in the pro ranks. Amado Vargas improved to 5-0 with a four-round decision on the Zepeda-Prograis undercard, and Emiliano, the youngest, recently signed a promotional deal with Top Rank, improving to 2-0 on November 12.