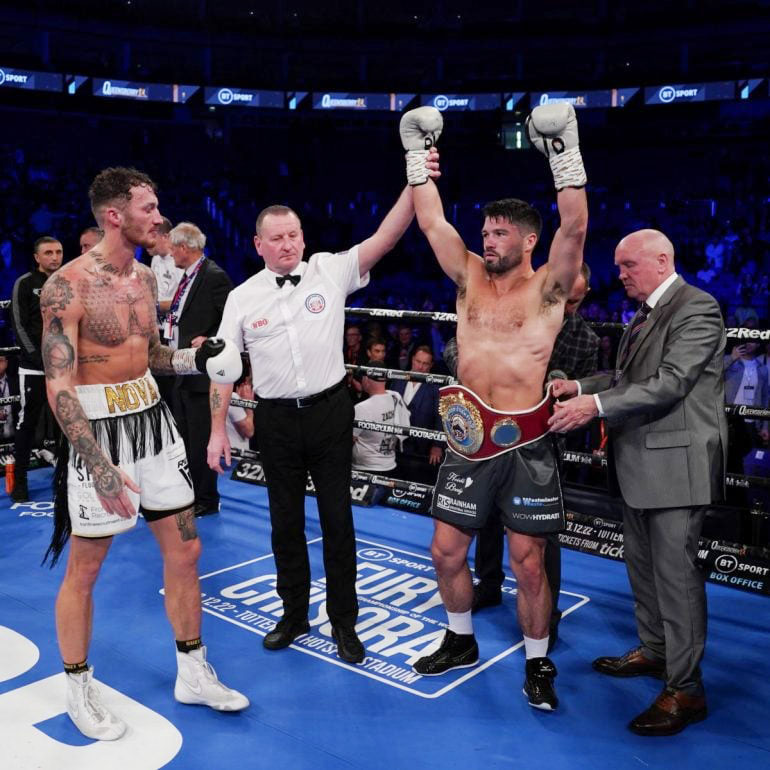 In a fight that many thought might determine who meets Saul “Canelo” Alvarez next May, John Ryder won the all-English showdown with one of the most innocuous high-level victories in recent memory.

Parker said he had hurt his hand throwing an uppercut at the start of the fourth round. Ryder celebrated and Parker had his wraps cut off to show off the damage.

It was a shame, because it was a highly-anticipated clash and had been intriguing without catching fire when the end came and it was an unsatisfactory climax at London’s O2 Arena.

“I want the big fights, I want the Canelos,” Ryder said. “It would be a dream to fight Canelo on Cinco De Mayo, whenever, wherever. It was a great win. It was important to win and build momentum for 2023. Zach started well, got behind his jab well, but I think the tide was starting to turn and these things happen in boxing.” 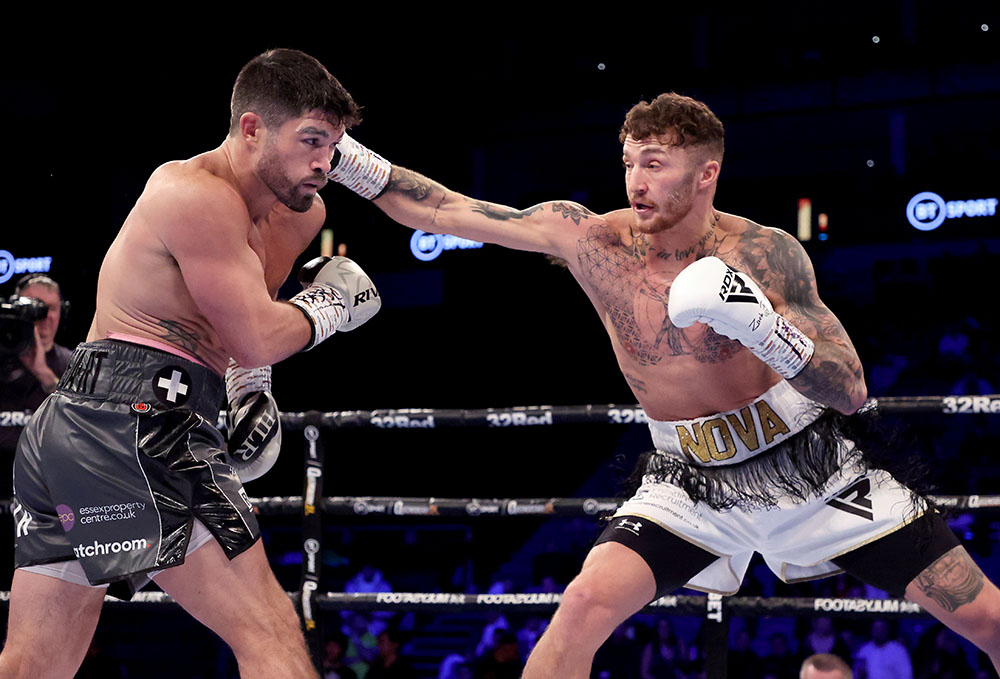 “I’m absolutely gutted,” said Parker. “I was warming into the fight, but when the injury happened at the start of the last round, every time I jabbed him it was hurting. It was clicking.”

Parker is now 22-1 (16 KOs) and started switch-hitting in a cautious opener while the veteran Ryder landed occasional sharp right hooks. It was untidy early. In the second, Parker landed a right downstairs and then went to the head, but there was not much between them.

Ryder, who has fought the likes of Callum Smith and Danny Jacobs, was composed and patient, but if he waited too long, Parker could tag him with long jabs from the southpaw stance. 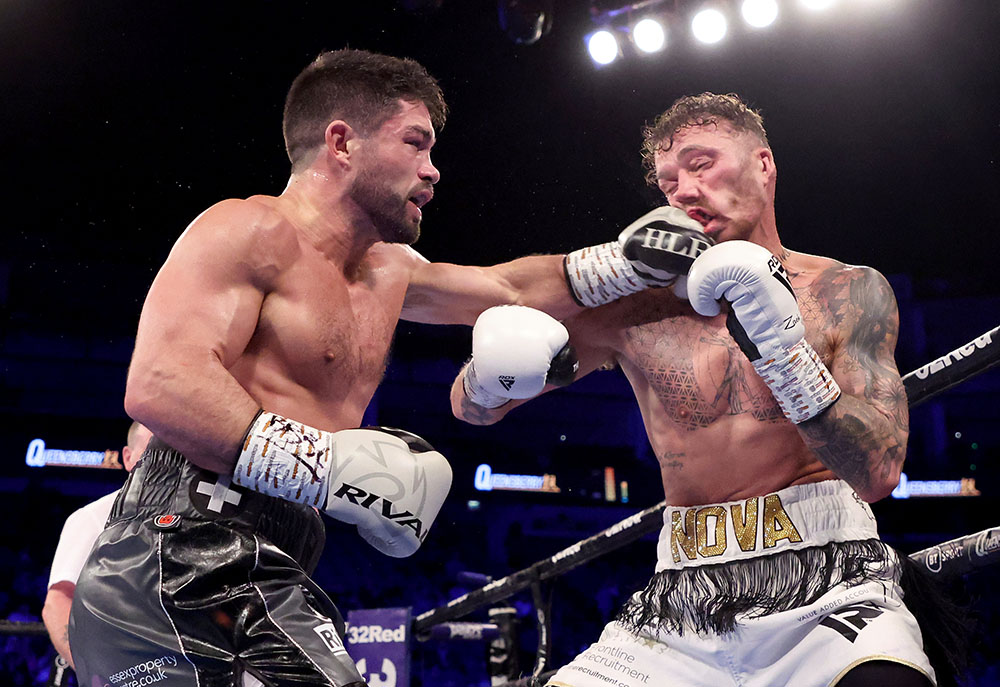 Ryder was the aggressor, on the front foot, and Parker was on the back foot, attempting to keep the Londoner at bay with counters and shots from distance, but Ryder did score a good left hand in the fourth. Parker was unmoved and just when it seemed like the contest was building it was over.

It was one-way traffic. Sheeraz came out bombing with rangy shots, accurate, efficient and scoring often. 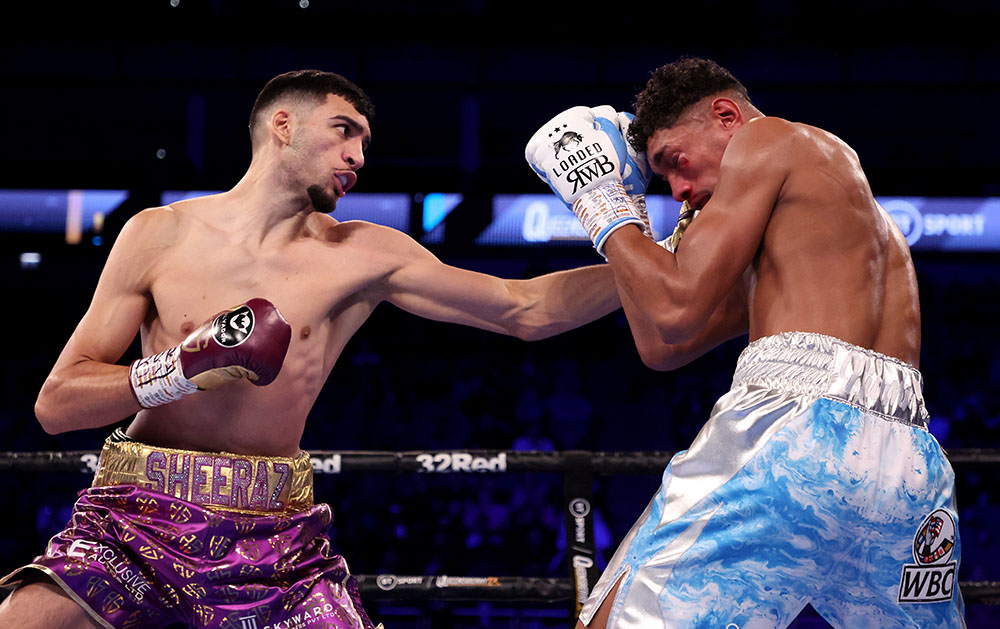 There was more of the same in the second, and Wilson-Bent could do nothing with Sheeraz, who was connecting cleanly with right hands and left hooks. Wilson-Bent went down towards the end of the second but when he rose, referee Victor Laughlin waved it off. The official time was 2:55.

Southpaw McCann patiently broke Ham down. He landed left uppercuts with increasing regularity and they were a key shot as he breached Ham’s defenses and flew in with both hands, forcing the intervention of referee Marcus McDonnell in the eighth.